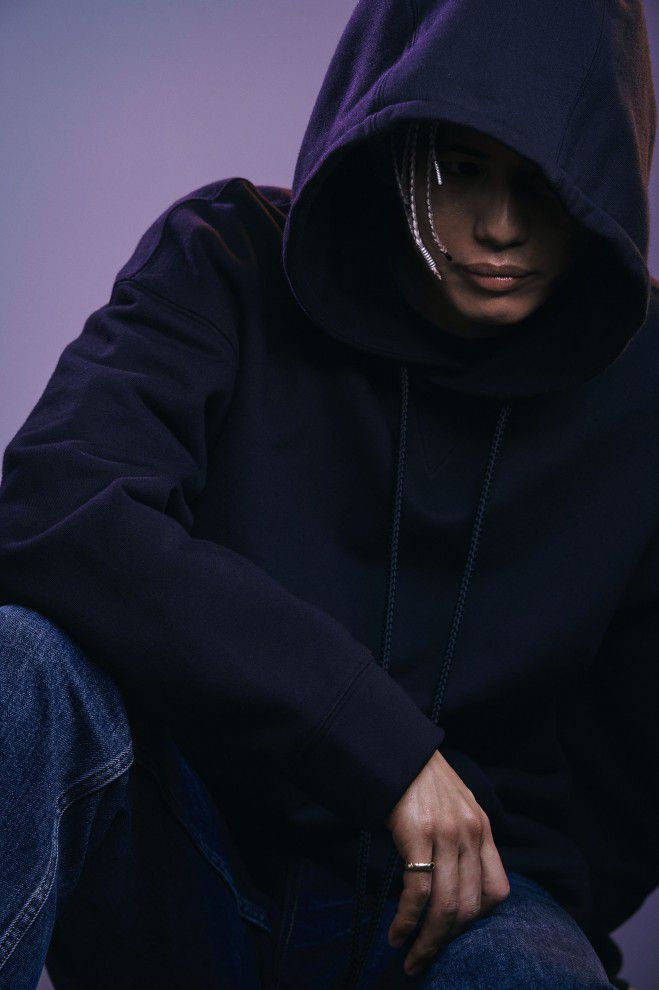 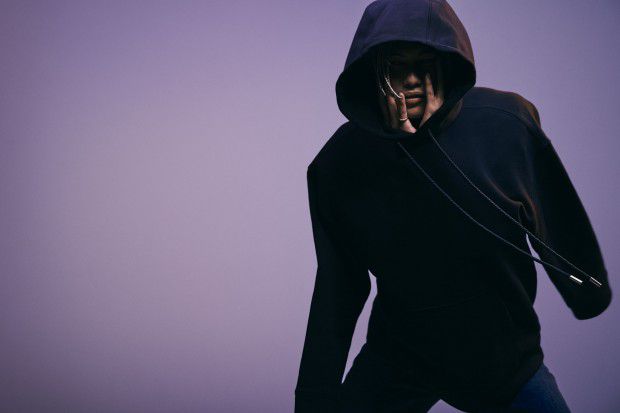 Influencers from the fashion and music industries who are in the loop are constantly advocating rapper KIWAMIonTheBeats. Despite the fact that his music has had no official release and is only available for listen on Instagram and Youtube, his unique, spacy and emotional artistry attracts many. His mysterious presence embraced CALVIN KLEIN and CALVIN KLEIN JEANS handled by Raf Simons, whom he highly adores. He showcased momentarily, the mixed expressions of an adolescent and an adult.

——First off, you mentioned that KIWAMIOnTheBeats is a concept. What does this mean?

“It’s more of a will than a concept. It’s something that anybody can have, and implies that “You and I are both ‘Kiwami’ (limitless).”

——I see. Is that how KIWAMIonTheBeats was born?

“About two years ago, it came to be at a Takoyaki shop. I was told that if I wanted to become a rapper, then I should go ahead and do it. I had little knowledge as to what a rapper even did, so the name came first. It was still like I had come up with a great nickname at that point.”

——So at that point, it didn’t have anything to do with will or concepts?

——How did that evolve into what it is today?

“It was officially established in May of 2017. It all began when the boutique I was working at held an event with Reiji Okamoto as a guest, and he told me “You should rap too” once more. Shota Tamada (designer of TTT_MSW) was also pursuing rap, and boy was he good. “Kiwami, you should do it too”, he told me, but I had no experience and my mind went completely blank. I couldn’t make out the words I wanted to say, but in the end, I managed to spit out a “Thank you, there’s always tomorrow”. It was the first time something had come out from such a blank space, and Givven and them told me it was really cool/sick.” 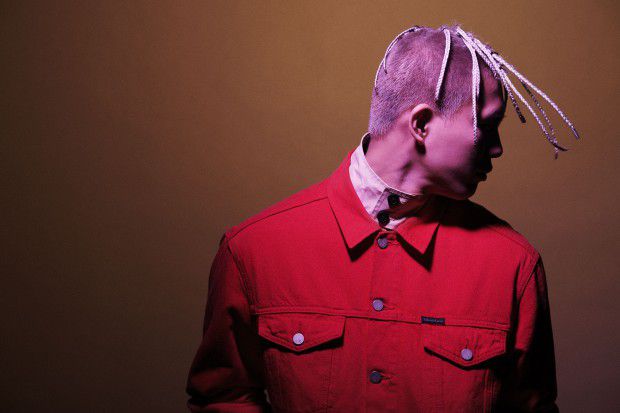 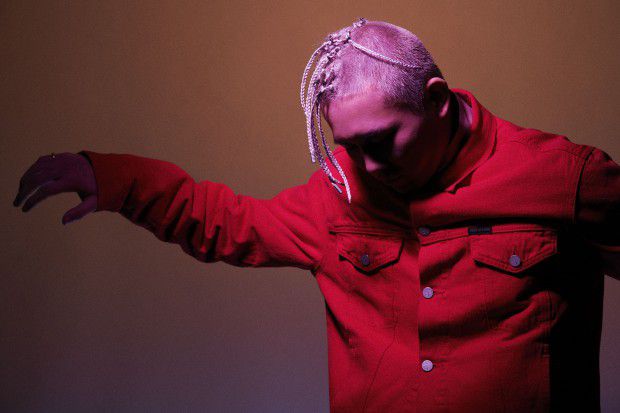 ——Had you been listening to a lot of hip-hop?

“I had been listening to other genres too, along with hip-hop. Of course I like it – hip-hop has many upbeat songs that lift your mood. I don’t care too much for upbeat songs, though. If anything, I prefer and listen to healing music. I like Chara, Gibli theme songs, and throwbacks like Chieko Baisho and Miyuki Nakajima more than recent music.
However, I did have an admiration for rappers. When I watched young baseball junkies, I felt as if they were people from a completely different world. But when I watched “BAZOOKA!!! High School Rap Battle”, and saw that people my age were succeeding in rap, I was only left with frustration. That was 2-3 years ago, when I was 18. Back then, I hadn’t been in Tokyo much and I was astonished that there were so many fashionable and impressive people in Japan. Also, whether or not they are pursuing fashion as a career, foreign rappers brand themselves as fashion icons. For example, Off-White wasn’t that prominent when it first came out, but it made its way to the center of attention after rappers began wearing them. I still think rappers are the coolest of them all.

——Who creates the tracks?

“A team called Half Eyes Purple Dragon”. I’m one of the members, and I give my opinion and make the final call at times.”

——What are you inspired by for lyrics?

“I may not have any sources for inspiration, haha. It’s more like, words that I know are the ones that come out. I listen to the track, and create a rhythm with the first words that come out. In the beginning, I used “rappy” words but after realizing that was difficult, I just use what comes to mind.”

——Do the tracks come first most of the time?

“Tracks come first. To this day I don’t know what the fundamental form should be. From song to song, I change the way we do it, and I don’t have a set way. I’m creating without knowing how other people do it.

——So there isn’t a set form for hip-hop. Everything is right, and you do this naturally?

“Maybe my ears are bad, but when I listen to other rap music I really don’t know what they’re saying, haha. So I have no base. Even so, I know I have to practice rapping at least once. Knowing that I couldn’t pick up lyrics, I started by listening to KANDYTOWN’s music and writing down the lyrics as I listen, without looking. I have the memo from then here (shows memo). There were some parts I got, but overall I just couldn’t understand. After that, I was listening to all kinds of Japanese rap, and began listening to American rap. I don’t understand any English, so it turned into me just listening to the rhythm – my lyric pick up skills had dropped even more. Hence, even when there are great things being said in rap, it just doesn’t move me. Because I only listen to the sound, the lyrics don’t come in. Even with my music, I put the most effort in the melody.”

“Although right now my music is only available on Instagram and Youtube, I plan to deliver music through more platforms.” 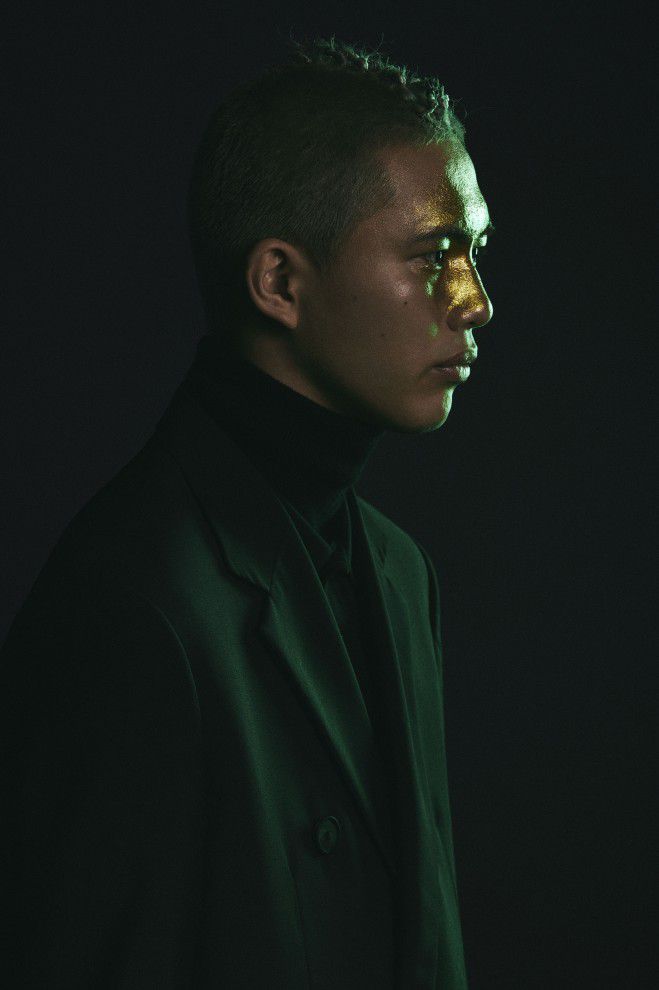 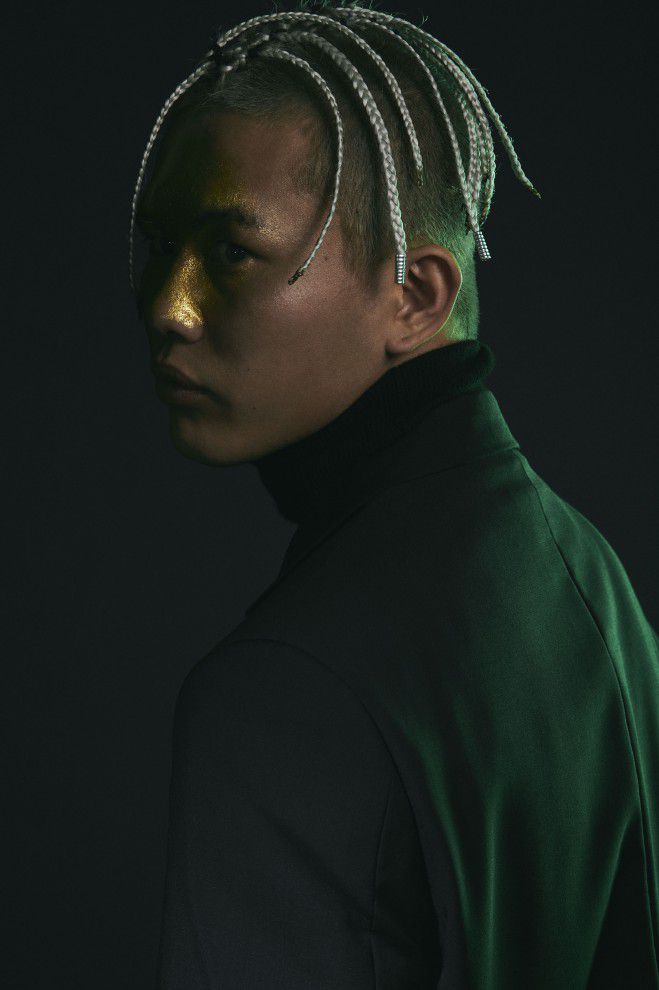 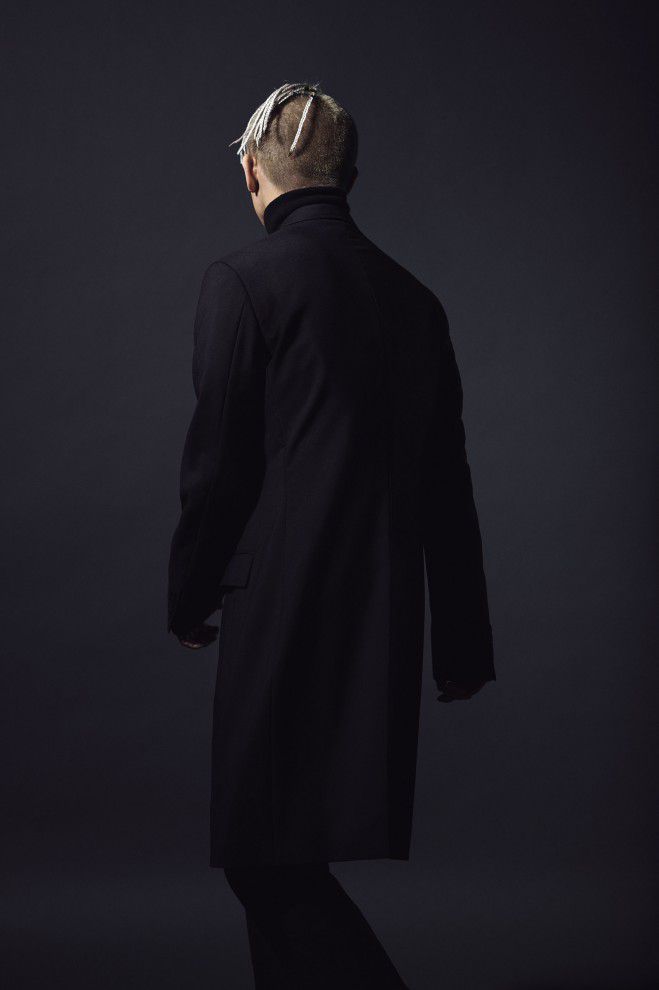 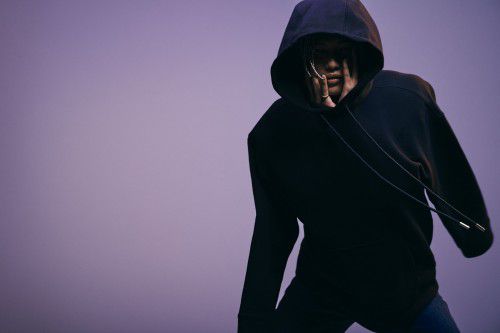 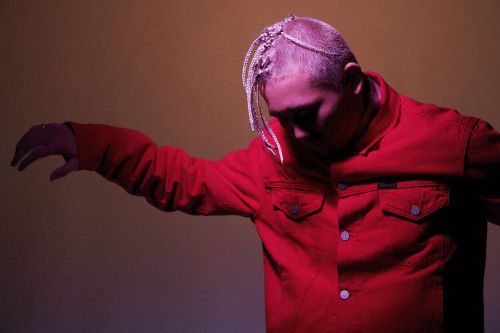 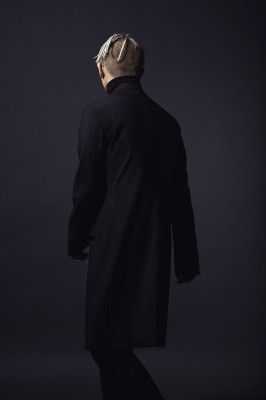