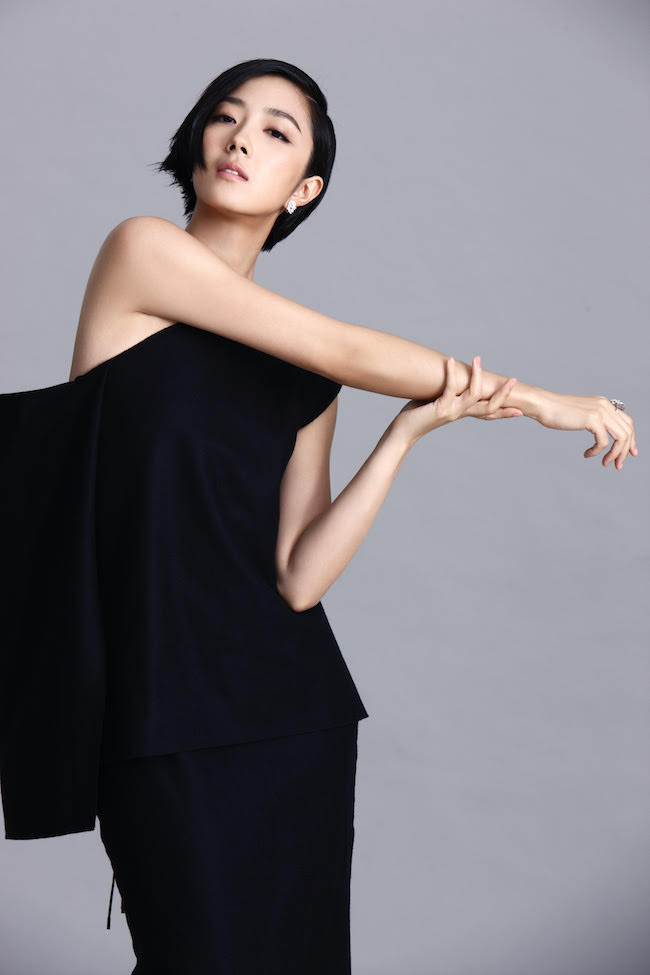 ーーThank you for joining us today, Lunmei. As your most recent film “The Wild Goose Lake” is coming to theaters in Japan soon, we are honored to have you here to share your thoughts.
First of all, would tell us about your understanding on the film? What kind of a story do you think it is?

Gwei Lun-Mei: I think the film tells about the story of the adventure of two people who are trapped in a desperate position in life. From the moment the meet, they start a journey of living that is based on the idea of death. It is about salvation. Each of them has to choose what want when facing life and death. I think my character, Aiai Liu, is an underclass young woman who does not dare to dream big about her future. The encounter for them is almost like a bet for her. The questions for her is whether she should take the stakes as it could lead her to a different life.

ーーHow do you see Zenong and Aiai’s roles in this bet on life, both as individuals and partners?

Gwei Lun-Mei: I think they both have great risks to face. Zenong Zhou is trying to make his life count when his death is foreseeable. Though he can not be sure of whether Aiai is trustworthy. For Aiai, the problems are more complicated. Every decision she makes for herself determines who she is, or rather who she wants to be. Also, her life is at risk when she takes on the job to help Zenong.

ーー I do think Aiai as a character has more weight than Zenong from what you have said. The subtle depiction on sisterhood in the film is also intriguing. Even though they are “supposed to be” Zenong’s supporting characters, they make their own life choices. How do you see the female characters in the film?

Gwei Lun-Mei: When working on the film, Director Diao kept reminding me of the core of my character Aiai is that she is honest and pure. Despite the fact that she works in the sex industry, she does not live as the image we have of the stereotypes of sex workers. The quality in her makes it easy for her to see Zenong’s care for his wife. And that ultimately leads to her decision in fulfilling his wish. Although she could have taken the ransom and start a new life. That is why I also think it might bring her grief in making the decision. The encounter of her and Zenong is probably the most romantic experience in her life, and giving up on what she could have kept could be simply cruel for her in the end. That is why I think she is a complicated character as a heroine.

ーー I see. What are the challenges you have had playing Aiai as she is such a complex character?

Gwei Lun-Mei: I was in great hesitation when I was asked to play Aiai’s role. It requires me to learn a different dialect (Lunmei is from Taiwan and Aiai is from Wuhan), and understand what it means to live as an underclass woman. Everything about being Aiai is completely different from my upbringing background. I arrived in Wuhan four months ahead to study my role. I was practicing Wuhan dialect everyday and I went to all those parks where prostitutes go just to understand my role better. I wanted to see how these young women were dealing with their clients. I have read books about them to understand why they took jobs in this industry. I have done everything I could to comprehend Aiai as a real person. I even had a chance to live in an apartment in the village where she is from for a week. It was a very new experience for me.

ーーDid any of these experience make an impact on you as an actress, or as a person?

Gwei Lun-Mei: I changed my mind about young women who work in the sex industry. They were not “filthy” at all, though it is what we have always heard that prostitutes are supposed to be flirtatious and provocative. They were actually just young women who are trying to make a living on their own. They were pure and independent because they have earned every penny by themselves. I could feel that just from observing. That is also what I have discussed with Director Diao in terms of bringing Aiai’s character to life. We wanted her to be just as pure. 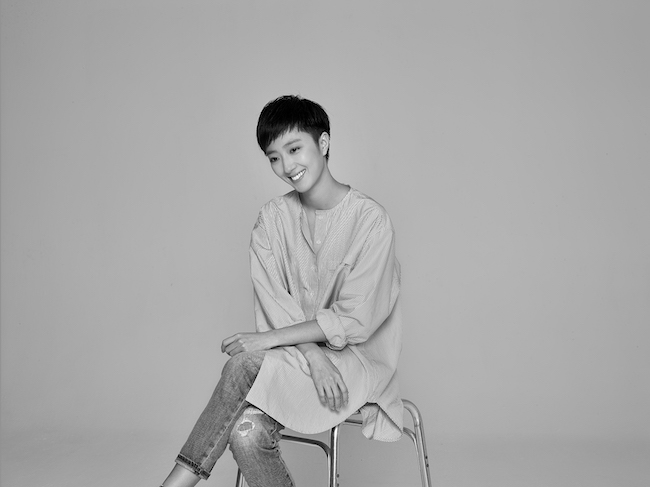 ーー How was it like to work with Director Diao as this is not the first time you are collaborating? What were the difficulties you both were dealing with?

Gwei Lun-Mei: When we were filming “Black Coal, Thin Ice” in 2014, we had a smaller crew and it was easier for us to work together effectively. This time we have a larger group of people and it demands more. I feel like Director Diao had done so much planning in advance that in fact he was more strict with us in details when filming. He would ask us to do a second take when he is just unsure about a minor part. He allowed me to try and do more on each scene. Because Aiai’s role is especially hard for me play, we had lots of discussions when filming just to make proper adjustments. I would say it was a difficult process. When reading the script, I thought that Aiai’s role has various possibilities to be performed. It seems like that I can’t be wrong playing the role however I want. That only makes it more difficult because I had to find a balance in between to perform the story I think is hers. Besides, I had to make sure that Director Diao would also agree with me on my understanding and performance. It wasn’t easy.

ーーWas there any specific scene you remember that you and Director Diao had different opinions?

Gwei Lun-Mei: I do remember there was a scene when Aiai was raped and she was walking with Zenong while hiding from the police. I told Director Diao that I think Aiai should feel like crying at that moment. While Director Diao insisted on that I should perform as calm as I could. But later when we were doing the voiceover, Director Diao told me that he agreed with my thoughts on that part. I would always be frank with him when I thought there could be alternative interpretations on the role and we would film several editions and he could choose later when editing. It is collaboration.

ーー What do you think that contributes to the difference of your ideas on the role and your performance?

Gwei Lun-Mei: I think it could be because I am understanding my role coming from a female’s perspective and he is perceiving things as a director. It also has to do with how we were filming. We filmed in the order of the storyline so it was almost like a real time experience for me. It made it natural for me to understand Aiai’s feelings so I could point it out while we were working. While Director Diao had a fine distance with the characters so he could foresee the overall qualities of the role that would make more sense in terms of theatricality. There was no correct answer for us, we were just finding different possibilities.

ーー”The Wild Goose Lake” made its debut at Cannes Film Festival last year and it raised discussions from different voices in high praise. What do you think about the film as a viewer?

Gwei Lun-Mei: I don’t make predictions about the film before it’s done. I think film as art is supposed to bring something new to the audience, in order to stimulate and introduce ideas in reality. I think that is what art’s utility is about. It is bringing the unpredictable possibility of beauty into life from the screen. Or the visuals that would make you go “wow, that’s how others are seeing life, I had no idea.” So I am really open about different opinions on film or art. I would actually be excited when I hear something that I did not think of. I am hoping the audience could be just as openminded to have a better experience of the film, not defining what it is. On the other hand, as an actress, it was the first time I actually saw the whole film when in Cannes. It was a surprising experience for me. Although the script was already clear and vivid, seeing the visualizations of a story I only performed was such a surprising and pleasing experience. Director Diao’s strengths in using light and manipulating the story truly brought out the characters. The fighting scenes turned out to be totally different from what I had predicted. It turned out to be extremely beautiful and I felt that it was very original.

ーー You have done such a challenging job playing Aiai this time. Did it open you up to play any other specific roles in the future? Or would you want to share with us what film is about to you?

Gwei Lun-Mei: I have not thought about it yet but I have been wanting to play something that is historical, maybe drama based on biography. And I have always wanted to play in theaters. I don’t have specific directions, though. I sometimes don’t know whether it is life being found in cinema or cinema coming into life. Or rather if I should go find my part or that it comes to me naturally and I become part of it by playing. It could be coincidences but it happens. Sometimes when I am dealing with troubles in real life and then I get answers in films that I get to play at the same time. I think for me, life and film is inseparable and so I don’t know if I can plan for things to happen either.

ーー Thank you for your genuine answers, Lunmei. Is there anything you want to say to audience in Japan?

Gwei Lun-Mei: Thank you! It is such a regret that I can not make it to Japan and meet with the audience this time because of the special situation as we are living in viral time. I do hope that this film can bring some new experience that can be found exciting to the audience, especially now. And I hope people can enjoy the film, finding hope and courage in it. And I also want to remind everyone to be extra careful when going into theaters!

ーー Thank you, Lunmei! I am sure it will be a great success! Wish you all the best.

Gwei Lun-Mei: Thank you for having me!