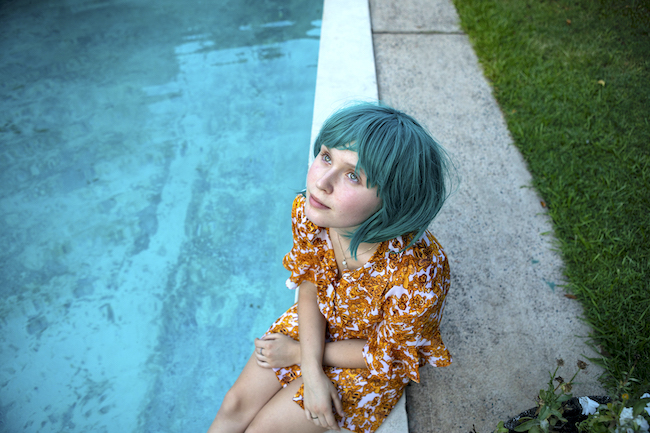 ―You have a lot of experience in theater, and this film, Babyteeth, is based on a play. Why did you want to tell this story as your first feature film?

Shannon Murphy: I was really moved by the characters and how they are dealing with such a challenging situation, but I also found that I laughed so much in the script. I think for many people, when they watch the film, you think you know what’s coming, and you sort of forget so it’s still quite a shock at the end. I think what I was suffering from the end of reading it was complete sadness that I wouldn’t spend more time with those four characters. So I knew that the only way I could dedicate the next two years of my life to these characters was to do the film. I was really dead set on getting the job once I had read it because I loved it so much.

―I’ve seen several films that deal with a terminal illness and they were always very sentimental and sad. I loved the optimism and lightness of your film and how you depicted Milla living her life rather than showing her dying.

Shannon Murphy: I think the tone is so original, and the challenge of that was really exciting to me. It’s more believable than anything I have seen in this similar genre, just because it didn’t idealize the young person’s perspective. It didn’t only focus on the parents’ fear and sadness, it also had a lot of humor and lightness. I knew that Rita’s voice is so strong and my job was just to elevate that even more. The way that she sees the world and her very particular nuances about characters I think is so special, so I felt like it was an incredible gift to be given this script as the first feature. 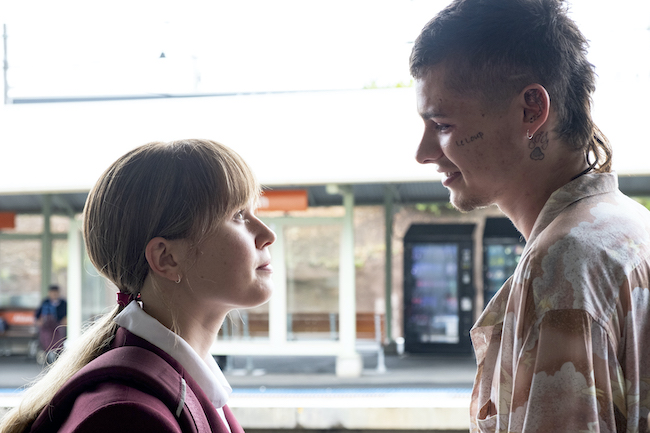 ―Main four characters in the film, Milla, Moses, Mom and Dad, all have their own issues. What about this dysfunctional family that appealed to you?

Shannon Murphy: I think I believe it’s a very realistic family, and I think all families are much more dysfunctional than we want to discuss openly. So I think I just really related to them and understood why and how they were behaving the way that they were. I didn’t judge them, and I loved them for all their faults. And I wanted to make sure that the audience could, too. I think it’s so easy for people to make judgements without really understanding the heart of what’s going on, and so those are always the kind of characters and stories that I’m drawn to.

―Eliza Scanien and Toby Wallace were great as Milla and Toby. How did they come on board?

Shannon Murphy: I think I just knew that I needed very skilled spontaneous actors for this. They are huge roles for young actors. They needed to be able to carry this and hold their own against Ben Mendelsohn and Essie Davis (who played Milla’s Dad and Mom). Toby and Eliza, even though they are quite young, they actually have quite a lot of experience. What Eliza embodies is very much like Milla is. She is hyper-intelligent. She was able to learn the violin in three weeks. She is incredibly mature for her age and that makes her feel she is older than everyone else on set, even though she’s the youngest. That was very much Milla’s role in her family, she’s parenting her own parents.

Shannon Murphy: Toby is just a very playful generous charismatic spirit. He’s got a very big heart, and he has an energy that always stays with you and that was very important for Moses. I never auditioned them together, but I just knew that they would be able to create chemistry together because they were very clever performers. So I trusted in that.

―At first, I didn’t realize that Eliza was Beth in “Little Women.” 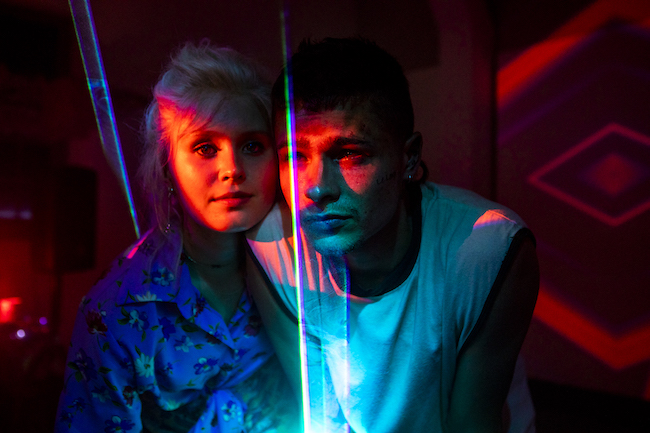 ―Both Milla and Moses are not the easiest roles to play. What were some of the directions that you gave them?

Shannon Murphy: Moses, we talked a lot about his relationship with his mother and his brother. And how he used to be the little prince that she doted on because his father had left. But as he got older and more rebellious, she rejected him. With Milla, it was so much about wanting to be seen not as a girl who is sick, and in a similar way, Moses doesn’t want to be seen as the guy who takes drugs. So they’re both in that regard aiming for the same goals. But Milla also just doesn’t want to not be able to experience all the things that everybody else is. In fact, she has to accelerate it tenfold because she doesn’t know when her time is up. So she is someone who is going to be fearless for her all these new experiences in very short amount of time. And also, she’s pushing the boundaries of her parents in a very extreme way, and they can’t push back because they want her to be happy. So it’s a beautiful mix of tension.

―Title chapters between scenes were very effective, it almost felt like reading a novel.

Shannon Murphy: They were in the original play. I just felt like it’s really important for the story to not have a sense of time that felt super linear and didactic. I didn’t want people to think “Is this one week or two weeks later?” or “Where are we in her treatment?” I thought if we have the titles, you would throw away that convention and just go with the moment, and stay in the moment which is what Milla is doing anyway. Also, they feel like they are her narratives. Initially, they just feel simplistic and statements, and then gradually, they turn into her inner thoughts.

―The color palette of this film is so beautiful, and I felt like you could take every frame of it and make them into a photo book.

Shannon Murphy: Thank you. I think for me, I wanted them to be very youthful and vibrant. But at the same time, we often talked about William Eggleston’s photography which has a real timeless quality about it. So the costumes were very much a bit of this and a bit of that in order to speak to many different time periods. It’s completely set today, of course, but today, a lot of kids are wearing a mix of new and old and nice fashion and whole bunch of things. I wanted to really speak to what is current but also to age well, which is why there is very little phones or technology in the movie, as well. The color palette look, I’m always quite vibrant in my choices. I think I choose quite feminine colors, but also because I grew up in Hong Kong, I like really bold, neon, vibrant looks. So other directors who have very strong color palettes are often like Gaspar Noe, Harmony Korine and Wong Kar-Wai, and I really love the look of their work. 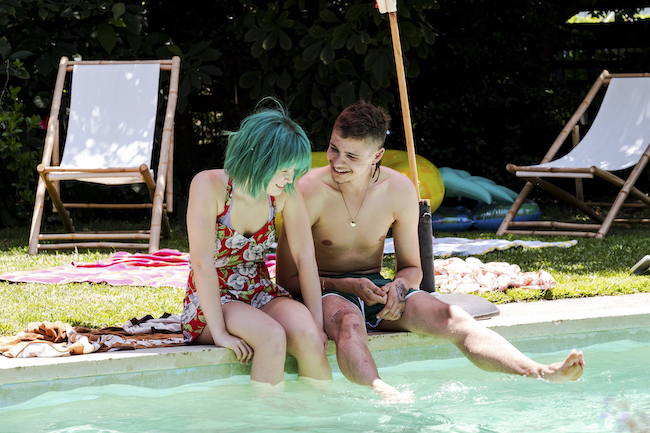 ―There are so many movies about women made by male directors. So it is nice to see female characters directed by a female director.

Shannon Murphy: I think we’ve seen a lot of that through the history of cinema, so what’s the point in continuing to do that at the moment when we have so many good female directors, really.

Shannon Murphy: No, not particularly. But I do feel often that female writers have my voice more naturally. I do sometimes work with male writers, but much more, even as a theater director, I almost always work with female writers. And it was because that’s what I connected to most.

―One of the scenes I thought was so real is the bathroom scene with the girl who wants to wear Milla’s wig.

Shannon Murphy: I think probably a lot of male directors haven’t been in the female bathrooms in high school, you know? That’s a problem, right? So that’s why it’s really important to have female directors be at the helm of female stories. We’ve missed out on the opportunities to see so many believable intimate moments with women, because they have been crafted by people who have never experienced it. I don’t know what it’s like to be a man and I’m not going to pretend that I do. And if I’m going to explore masculine work, it’s because I’m going to put my very feminine, very Shannon Murphy take on that, whatever that is. I’m not going to pretend to be in tune with something that I’m not. 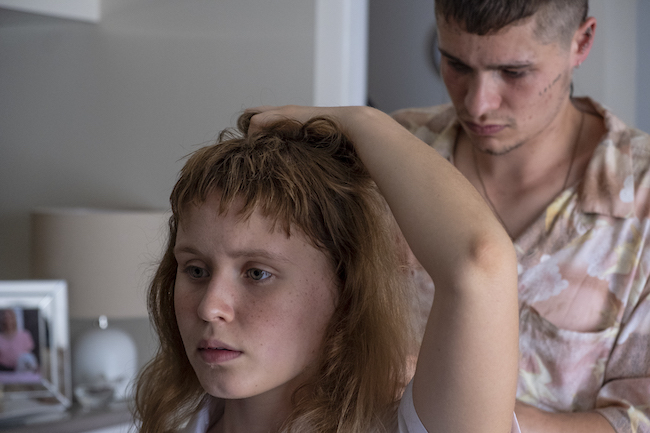 ―I loved the music throughout the film.

Shannon Murphy: We have an amazing composer and music supervisor and editor. We get together and create playlists that we play all the time together and discuss music. And we go to big music festivals together and try to source new things. Eliza made Instagram videos for me everyday of Milla dancing to different pieces of music, so that we could together to discover how Milla moves to music and what kind of music she would like. I’m always choosing music from a perspective of the characters in many ways, but it’s a pleasure to be able to play with music. It’s something that I do all the time in my work, and I really think it’s so important because it’s a soundtrack to our lives.

―2020 has been a crazy year for all of us, and I’m sure there are new creative restrictions as well, though has it been artistically interesting for you in any way?

Shannon Murphy: It’s been a nice time to read other scripts. And it’s given time to really do things like the press for “Babyteeth” and to continue the conversation with the journalists like yourself which I find very stimulating. Because you don’t get to do that as much for television, and it allows conversations to continue growing about the work. But I have to say, creatively, probably just the ability to rest my brain for little while has been nice. I do think science and creativity does work that you need moments of downtime in order to have those epiphanies again. So I’m about to go into quite a lot of work, and I’m really grateful to have the time to sort of restore. I think a lot of people have probably felt that. It’s easy to just always get used to a very similar pace, but to be forced to slow down is, it opens up your creativity in a different way I think.

―How would you describe this film in your own words to the Japanese audience who is about to go to see it?

Shannon Murphy: I’d like to describe it as it been a film about how good it is not to be dead yet [laughs.] I love the Japanese poster. I think it’s my favorite! I really really love it. So that’s really exciting.

―Do you have any message to the Japanese movie fans?

Shannon Murphy: I can’t wait to see how they respond. I’m so looking forward to that. It’s very exciting to think it’s going to be in Japan, and I hope one day I can go watch it myself in Japan [laughs.]

―What’s next for you?

Shannon Murphy: I’m actually flying to London in about a week to work on a TV series called “The Power” which is based on a novel by Naomi Alderman. It’s a very strong feminist series that I’m really excited to be doing. 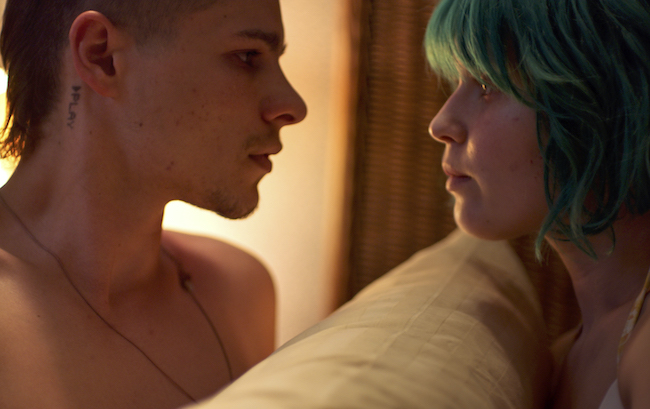