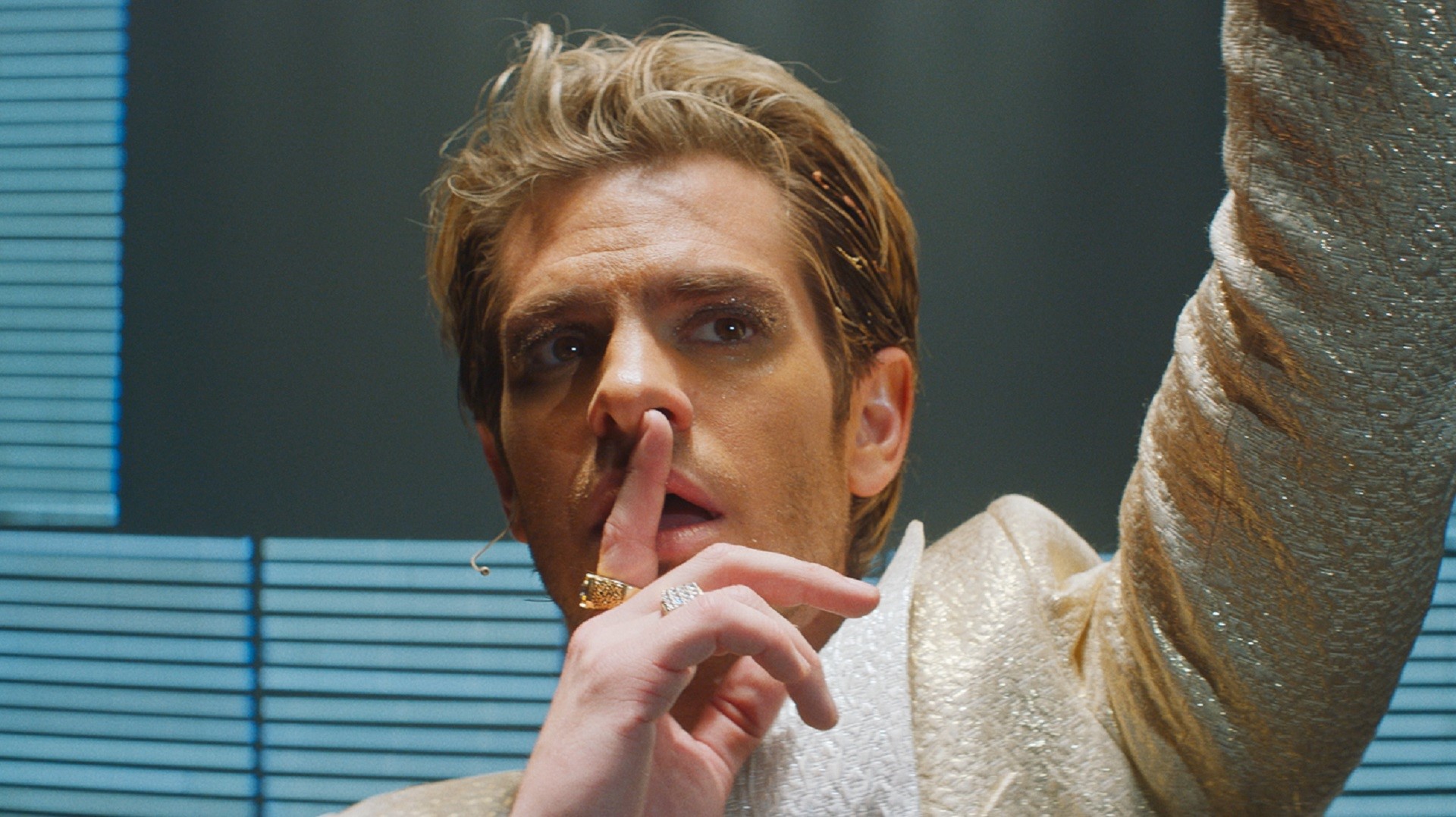 ――Congratulations on your film! I know you had been working on it for years, but the theme of “influencer culture” portrayed in this film is still very relevant in the world today.

Gia Coppola: When I started making it seven years ago, I knew it was something that was percolating and getting bigger and was only going to become more relevant. But I was fascinated of like, how can I make sure that this is just a time capsule that we can look on for years to come, and even though certain things will feel different, at least emotions will always be the same? Because I was inspired by a film that was made in the 1950’s called “A Face in the Crowd” and it was dealing with very similar issues, but with transitioning from radio to television. So I think these sort of things are very cyclical.

――My generation didn’t grow up watching YouTube, so I could relate to Frankie when she said she doesn’t get some content that’s being streaming online. Why did you want to tell this particular story?

Gia Coppola: I think it was exactly that of not understanding what people were so enthralled by and captivated by. At least for me, I need a story to engage with something. But so much of the content doesn’t have to involve stories, yet all really have large followings. So in that curiosity, I had to go in to kind of feel like a release from that question. I don’t think I’ve ever found the answer, but I at least kind of alleviated myself of feeling very alien to what pop culture likes. 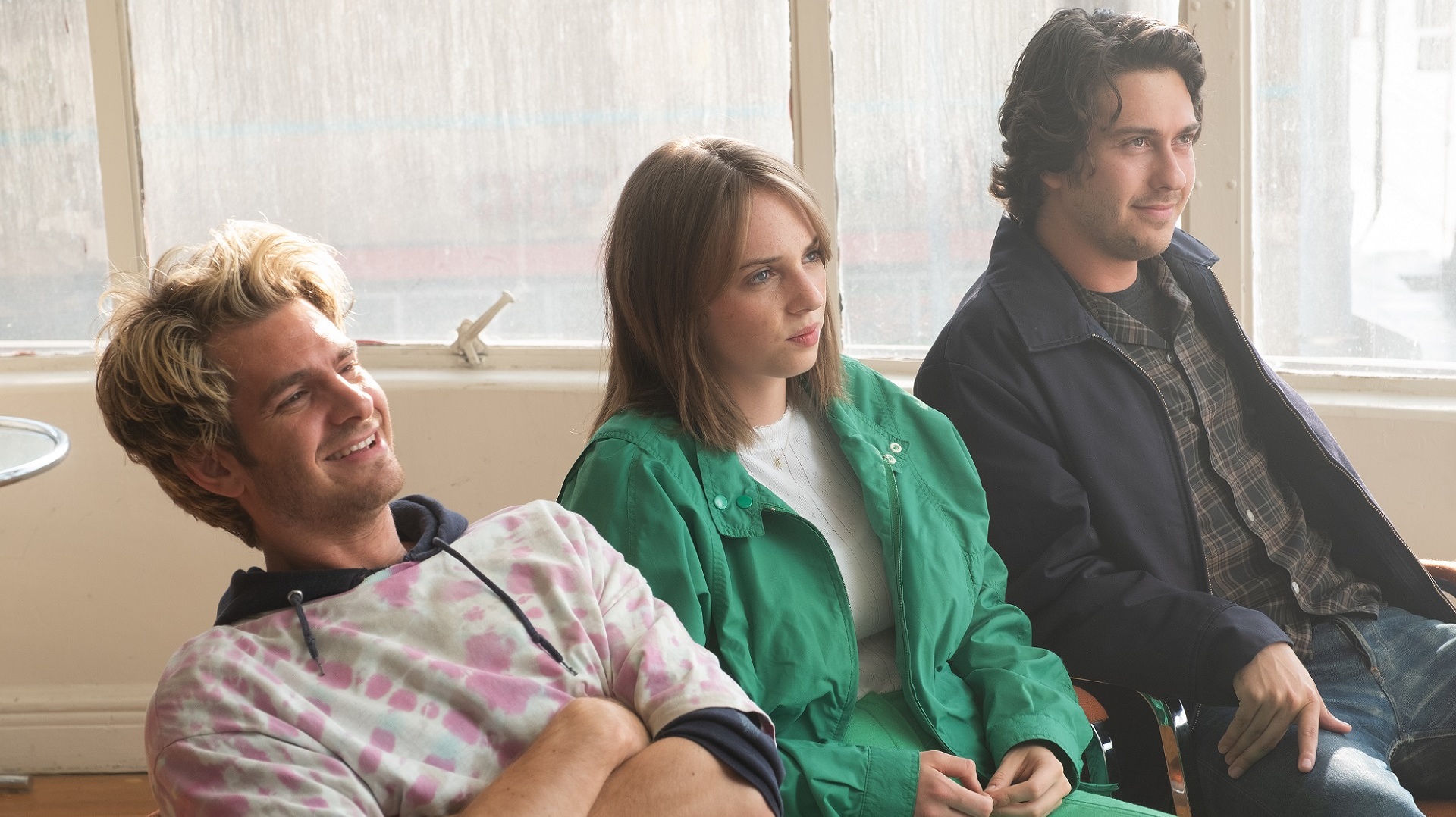 ――Andrew Garfield was very powerful as Link, and he’s credited as a producer as well. What were some of the inputs he had for this film that inspired you?

Gia Coppola: I always knew I wanted Andrew to play the role of Link. I was just a big fan of his work and obviously, he’s extremely talented and skilled. So I knew that if I get to work with that level of talent, it would really help guide me in taking these really big ideas, but telling it in a way that feels simple and almost like a little sweet fairy tale or dark fairy tale [laughs.] It’s so easy to get expositional with that kind of subject matter, so how can I make it making sure that the emotion is the forefront? He’s so intelligent and very passionate about all these questions that I was having, so to have him kind of be a collaborator was really helpful and such a luxury.

――Andrew, Maya Hawke and Nat Wolff were a great ensemble. How did you cast the main characters?

Gia Coppola: I knew I wanted Andrew to play that part, also because he’s so often cast as the hero. So I wanted to have someone that I think audience could follow along and feel like there’s a goodness to that person and not totally unlikable, because he’s going to do a lot of unlikable things. Nat Wolff, I’ve worked with in “Palo Alto” and he played a very similar kind of lost soul. In person, he’s like my brother, and he’s very sweet and lovable, and I wanted to give him a part where I could show those other aspects of him that I really enjoy. And Maya, I was really struggling trying to find the role of Frankie. As I was in the rehearsal process of trying to cast it, I photographed her for a Zac Posen campaign. And her and I just really hit it off. We felt like there was just a kind of instant connection without words. So I was like, “Okay, this is Frankie” and I put everyone together. Thankfully, it all worked out. 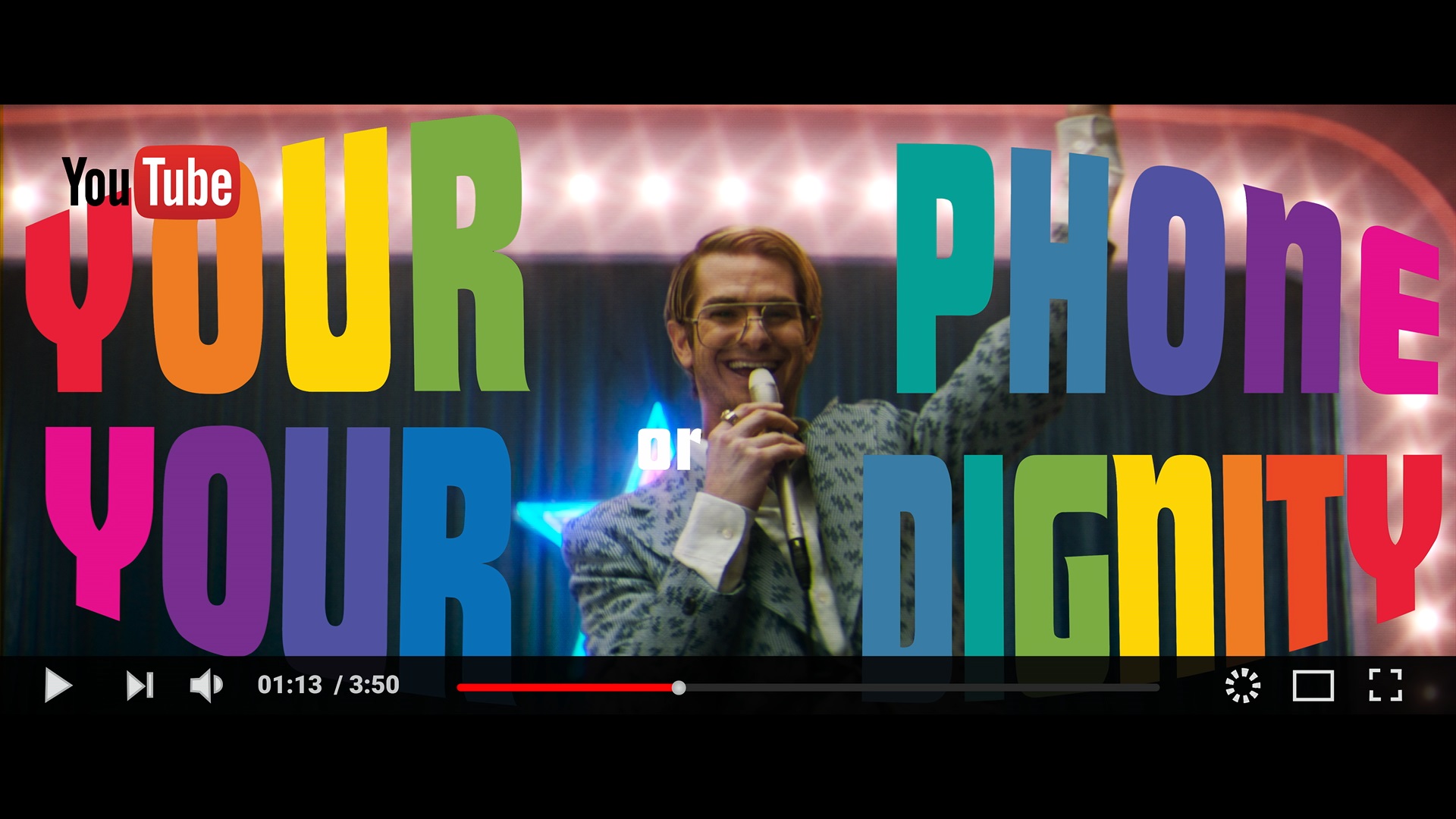 Gia Coppola: Dev is such a genius that I really just step aside and let him run with it. I wanted to see how he interprets it all before giving any kind of feedback. But I gave him a little bit of what I had always imagined that the film is in three tonal acts. The first act is sort of this young, naive romance, and then the second one is this fun, kind of bombastic, emojis flying in your face world, and then it kind of gets really dark and sobering. So to kind of make sure that it’s emotionally tracking that, but you know, he knew that already.

――I think this film would start many conversations in Japan, as there are many problems involving social media and many of us can’t keep our eyes off of smartphones.

Gia Coppola: I had to do a lot of research about how these things are designed, and it’s very sickening to see that it’s just a business and it’s a corporation that’s trying to keep you tethered. But it’s affecting us mentally. It’s really dangerous especially for young people who aren’t well-equipped and are still raw and developing themselves. It’s no longer you’re just walking through the hallways of high school, the whole world has their eyes on you and has an opinion. I don’t think anyone is equipped for that level, let alone someone who’s going through puberty. I had no social media up until my 20’s and when it first started, it was so exciting to be able to share photos with friends and interact with people that you didn’t know. But then, you could kind of see this sort of monster growing, and in some ways, it’s a toxic space. 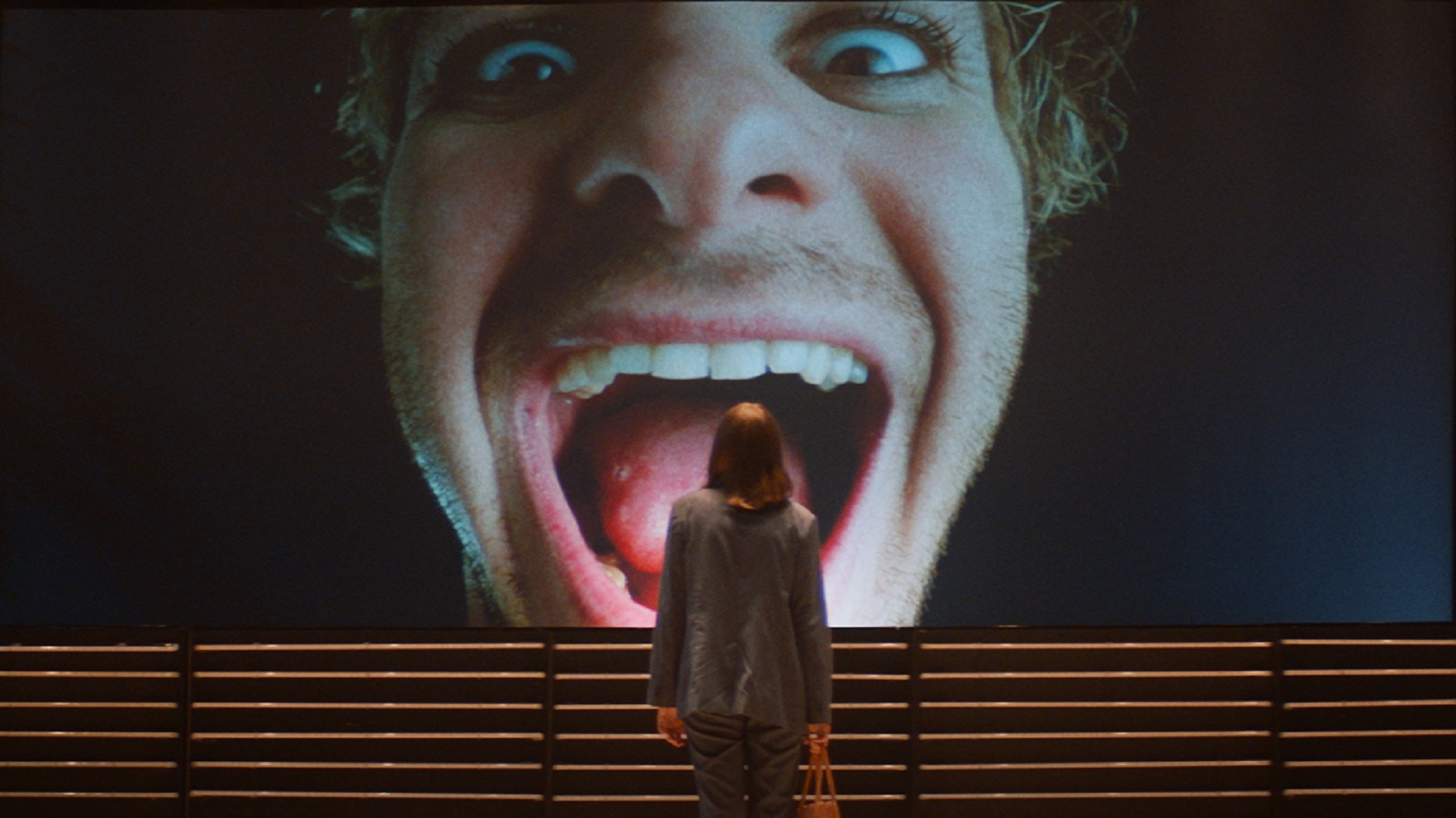 ――I often feel that the content on the Internet is so uniquely different from that of other media like film or TV. Do you ever feel that way?

Gia Coppola: I guess I have a lot of feelings about that. There’s a lot of inspiration I get from social media and saving certain images as if it were a magazine back in the day. It’s really great. But it’s been proven that you don’t read as much because of social media. And I find a lot of movies can sometimes be style over substance, or sometimes you just feel like you’re looking at it through the Instagram filter [laughs.] You can see the influence of that. But the pros are, I get access to so much more imagery than I think I would normally have.

――In this film, you can see how anyone can get so much attention online so quickly, and how toxic and addictive it is. This film leaves more questions than the answers, but what would you hope for the people to reflect on when they leave the theater?

Gia Coppola: I hope it just invites all of those questions that we’ve been talking about; Where is this going? Where do real values and morals lie for everyone? I think what I was trying to grapple with was like, what is the antidote to all this? For me, what I’ve come to learn is that, and what we’ve learned through this pandemic as well is that nature and real connection cannot be replaced as much as there is amazing aspect to the technology that we’re given today. I feel like so much of the culture really put so much value on wealth and popularity, and those aren’t the things that actually nurture and fulfill you. 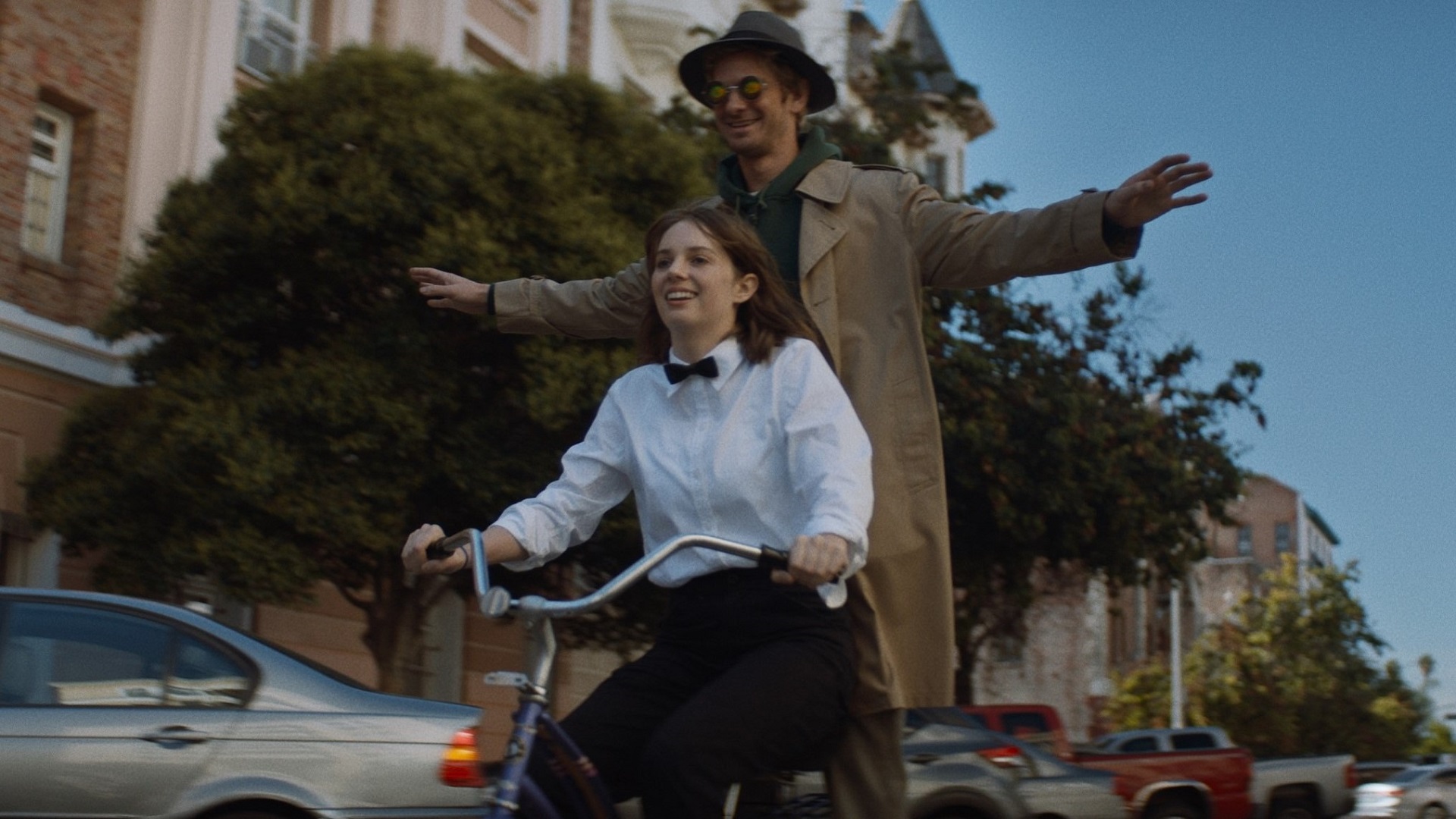 ――I think this pandemic influenced all of us in one way or another. How did it affect you as a creator?

Gia Coppola: I got very inspired during the pandemic. I was in Napa Valley with my family, so having to drive long hours back and forth, I was listening to a lot of fictional podcasts and how creative you can be. You can be as weird and wild and expensive as you want, because you don’t have locations and you don’t have to deal with expensive contracts or whatever. So I think that space is a really interesting playground and people should get into that more, too.

――Do you have any advice for the people in Japan who aspire to become an artist?

Gia Coppola: I think we’re all unique individuals. So if we can embrace our individuality and share those parts of ourselves, then I’m so curious to kind of be exposed to other stories that are totally out of my wheelhouse. So keep telling stories and sharing that. We are in a period where we have technology that can make it affordable and accessible to share with everyone, so encourage that. 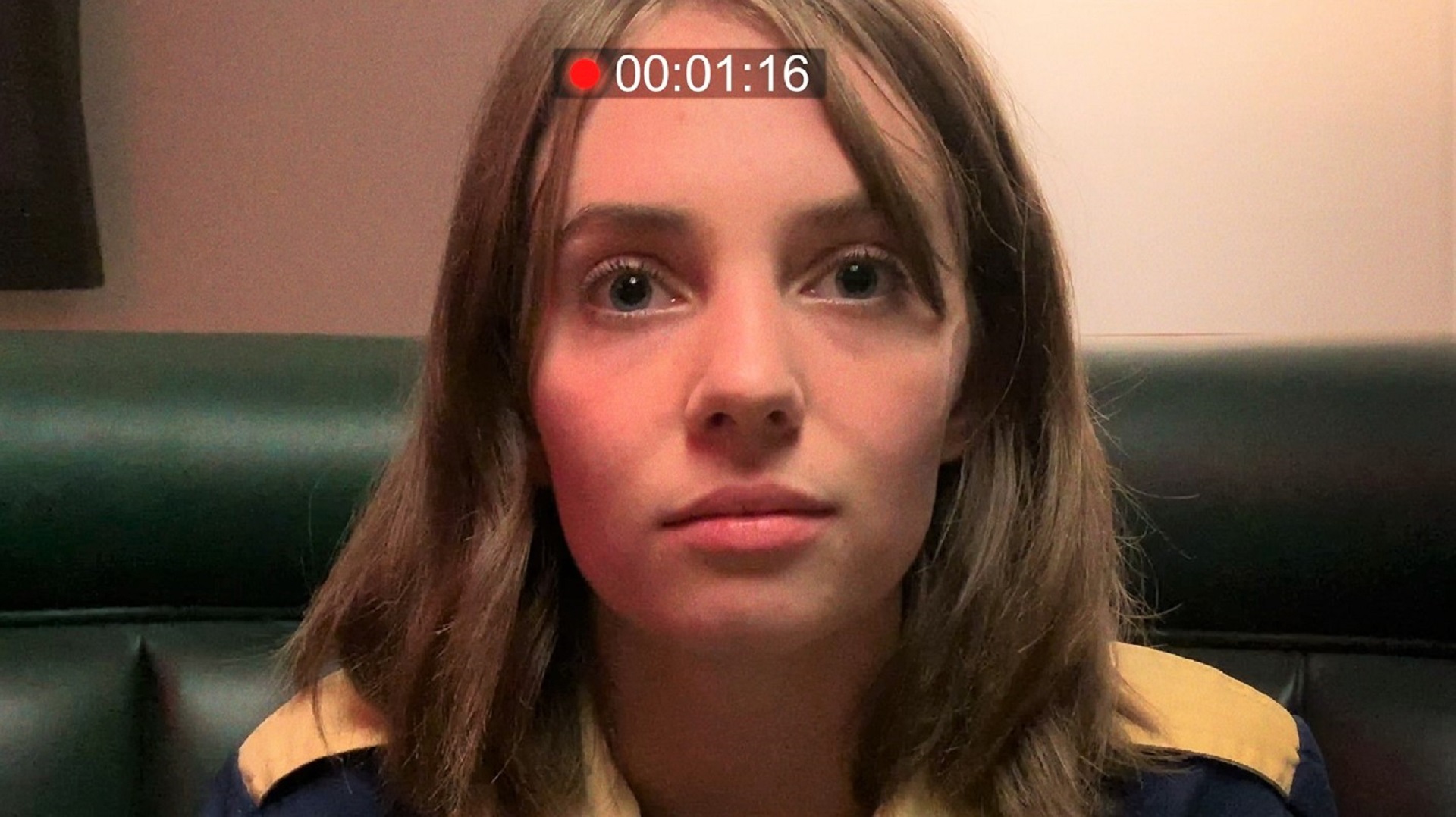