Interview with Metronomy about “Metronomy Forever”／メトロノミー来日インタビュー 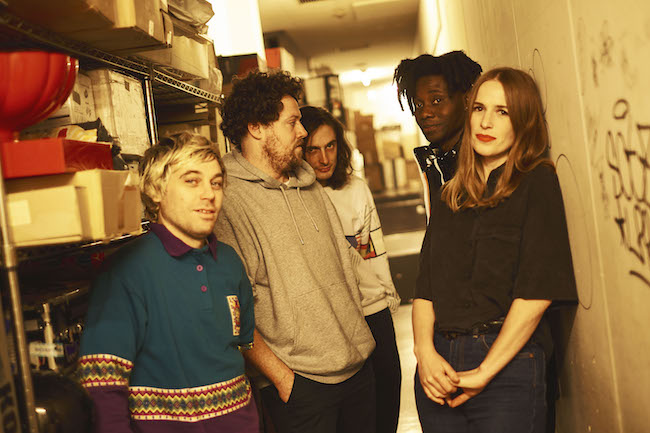 ── After last album, you guys didn’t have tour. Why was that?

Joseph : We released a record called “love letters” which we toured and then when we were touring “love letters” like I had my second child and for me It was very important to spend some time with my family and with young children. But it was also very important to keep releasing music. So then, there is a song called “summer 08” which we released but we didn’t tour and stayed with family.

── Do you think about the balance between your private life aka music, you know having two kids?

Joseph : I think if you look at and follow music you watch what happens to bands and musician I think there is a similar time for everyone where you have to decide like… people decide between their career and between like their sort of sanity and their family, and I feel I don’t want to stop making music and I feel like that’s what I want to do forever, but I had to like if you have a young children that only happens once, you have to make time for that. Now I feel that I can just like give rest of my life to music. I forget about my children. haha

── He thought maybe your music have changed a little bit after having two kids. What do you think?

Joseph : Yeah, I think kind of everything changes probably after children. But I think also,,,, for me It’s also like a transition that happened when between kind of young and becoming older as well. Because music and pop music or bands it’s like such a young scene, I guess it’s for young people to adjust as they grow older and it has changed. 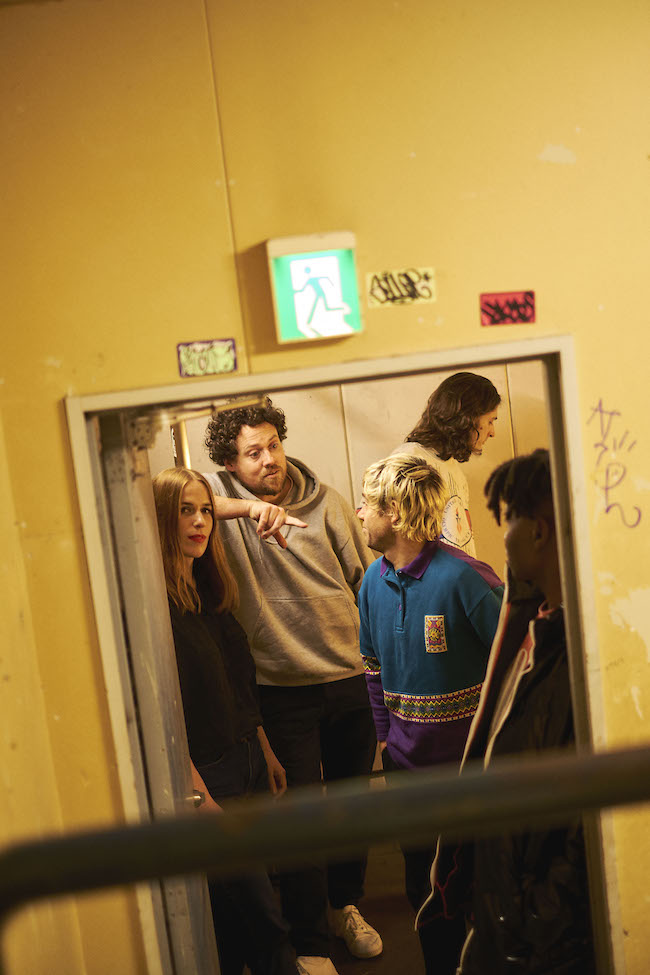 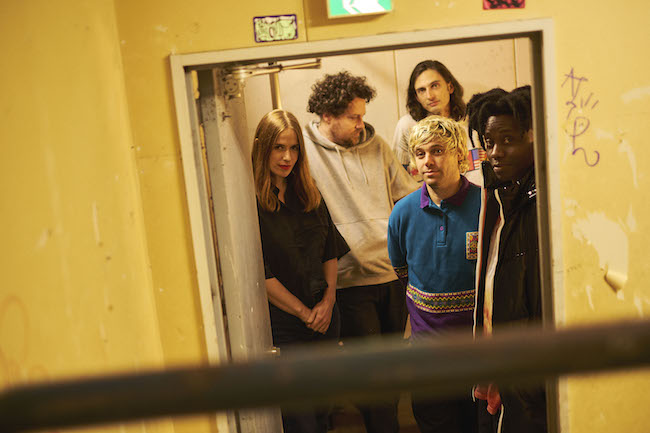 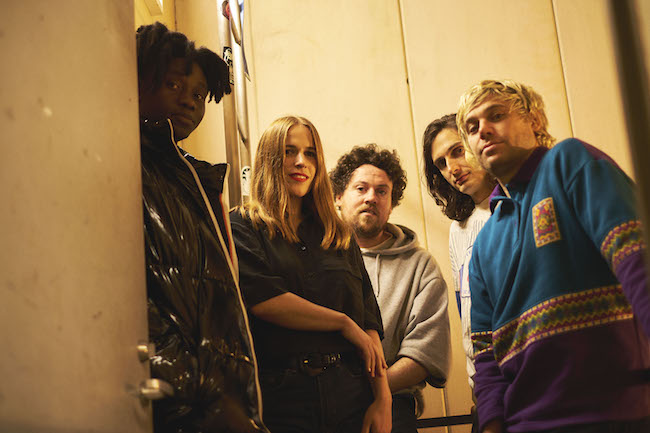 ── Do you think the experience of working with Robyn and Jessie Ware change your music as well, or career in a way?

Joseph : Yes, but it’s ahhhh. I think the relationship that I have with Robyn is quite special like it’s quite unusual and I think sort of enhances my music, I think it changes my music in a positive way. How? I guess it’s because she is very successful like pop, kind of quite like almost mainstream you know pop singer. As I learn from her about like I guess just about… I am trying to think how exactly.. an attitude like believe in your own sort of uniqueness and trusting in yourself, I think.

── Your new album “Metronomy Forever” has popness and uplift feeling only band can make, what do you think?

Joseph : Yeah yeah, for me I think for me like one of the ,,, like I think in Japan, CDs are still quite popular. But in England now it feels like everything really changed, now Streaming, Spotify is like the main thing. That’s how I kind of listen to music, I wanted to make the album that I think reflected how I listen to music and how I feel like it’s changed but also because I am kind of from this like… I’ve been doing this for years. So I remember the old days ..so I’ve been trying to make records that feels like records.

Joseph : I think it’s umm.. for me so I’ve been making the first album released like 14 years ago, and the one thing which I always find very difficult is in music, music industry and music press is always obsessed with like new things. it has to be new, new, new. and I feel like oh here we are 14 years, we are not new but we are still here. I feel like.. you always try to bring new ideas to music, but for me kind of powerful, it’s always coming from the past, inspired from the past. Nirvana, Weezer, kind of,,, that’s how you fall in love with music. So it’s always taking old things and pushing it forward.

── Compared to 14 years ago, what new element do you think you adopted for this time, for this new album?

Joseph : I think… so this is an interesting thing because pop music I listen to the radio and what I hear in like mainstream, commercial music is this kind of reference in the 90’s. So I feel like I am sort of kind of thinking of trying to do similar things, trying to reference these things but make them kind of updated, in a way. Whatever you do something, you try to, even if you attempted to make it pretend 90’s song because you’re doing in 2019 like it’s by definition is new, it’s from now, so it’s new. But I think I was trying to play it like the 90’s kind of guitar music. And sort of I guess used drum machines and kind of present in which it hasn’t been sort of presented before.

── How did you communicate with your band this time after you made all the songs?

Joseph : I mean like…so depending on the album like the older album like “love letters”, the band performed on the album. For this album, when I was recording and writing I imagined that maybe I would take the songs and record them again in a studio with the band whatever. I gave the songs to the record label and they were like “Oh yeah cool, it’s finished. Let’s release it” and so I was like “Oh. Ok, brilliant.” And then it was a case of, sort of giving the songs to the band and saying okay we are gonna go on tour, we have to sort of make this into a live version of what we do. By now Metronomy exists, there is a recorded Metronomy in the studio on the record, and there is Metronomy on stage. And Metronomy on stage is very like.. it’s kind of new, it’s a separate thing and compared to the record, we almost like began this song again and worked them from nothing. 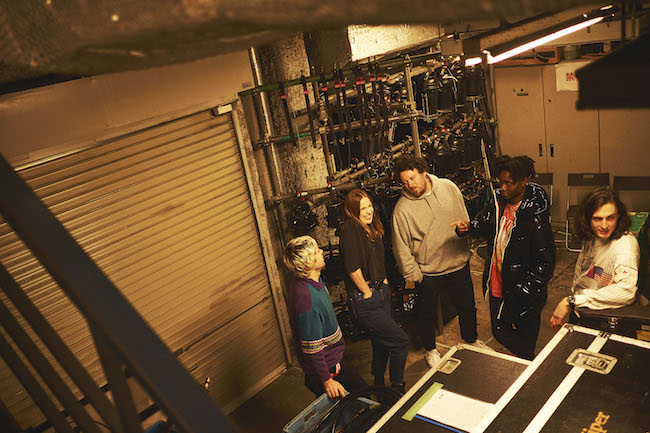 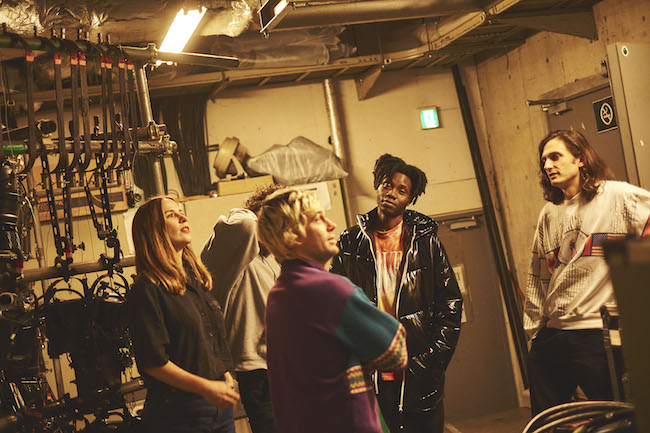 ── So we can enjoy the different sound version tonight?

── So you achieved to make what you wanted to make in this album, and you named album “ Metronomy Forever “. And “forever” sounds like the ending, what does that mean the title of this album?

Joseph : Normally, when I am making the album the title comes soon or the middle of making the record. But this one came up much later. I think I wanted it to sort of..to find something to find the name that helped to describe, these things I have been thinking about when I was making the album and I think I’ve been thinking about the idea of music and how important you think it is and how important it actually is and how long you are remembered for your music and I always imagined when you look at like the bands like the Beatles to imagine they be like people never forget the Beatle.. But I realized like people will forget the Beatles and they just like abandoned and they were very important like to me and very important to my mum, but I don’t know how important to my children.. so you know it was like , I think kind of playing with the idea of like a legacy as a band how important it is and I thought like “Metronomy Forever” is this very big concept.

── So what about Metronomy music, do you think you want to leave as a legacy? Like it can be melody, groove and lyrics?

Joseph : Lyrics is the really amazing thing that happens now is a very young bands who are fans of Metronomy 10 years ago, that for me is like the most amazing thing to become part of the history of music and sort of contribute I feel like that’s more exciting than anything else like the idea that like bands who I really like and they come like “Ohh,, I love Nights Out..I was really a big fan. ” That is to me, I am very happy to be the legacy. 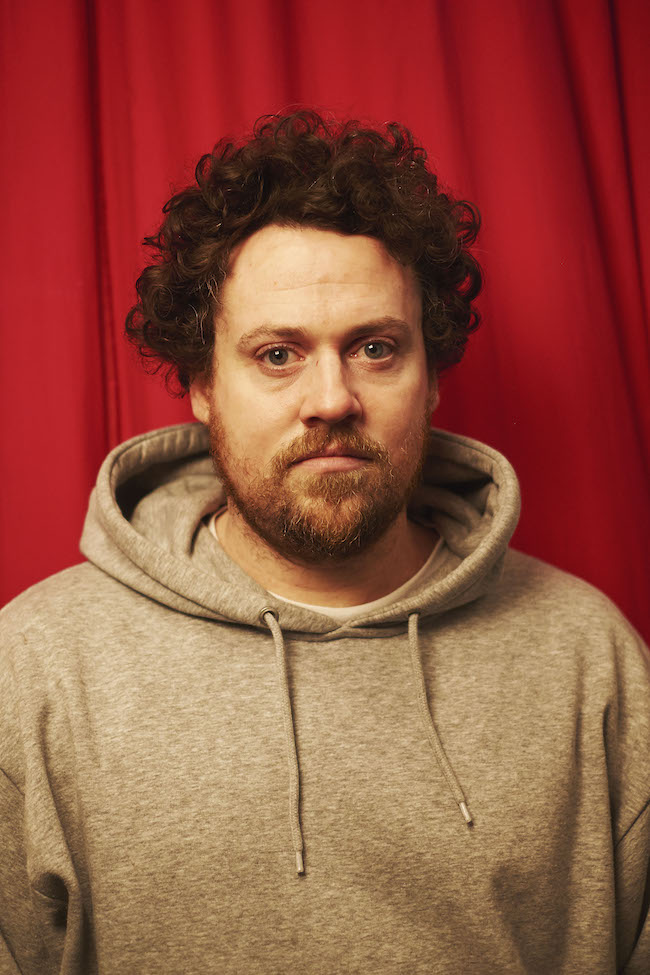 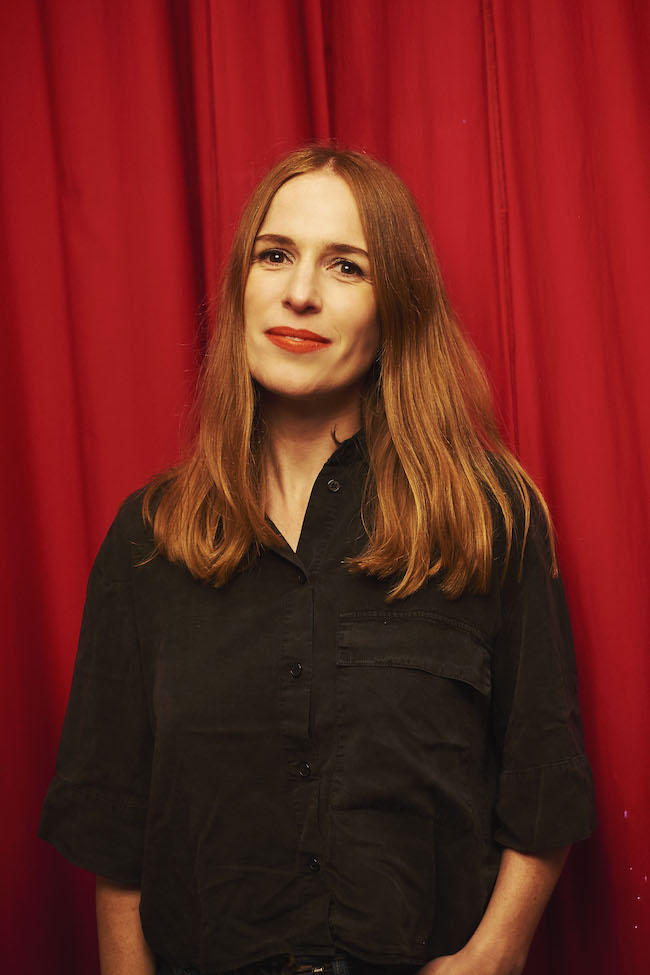 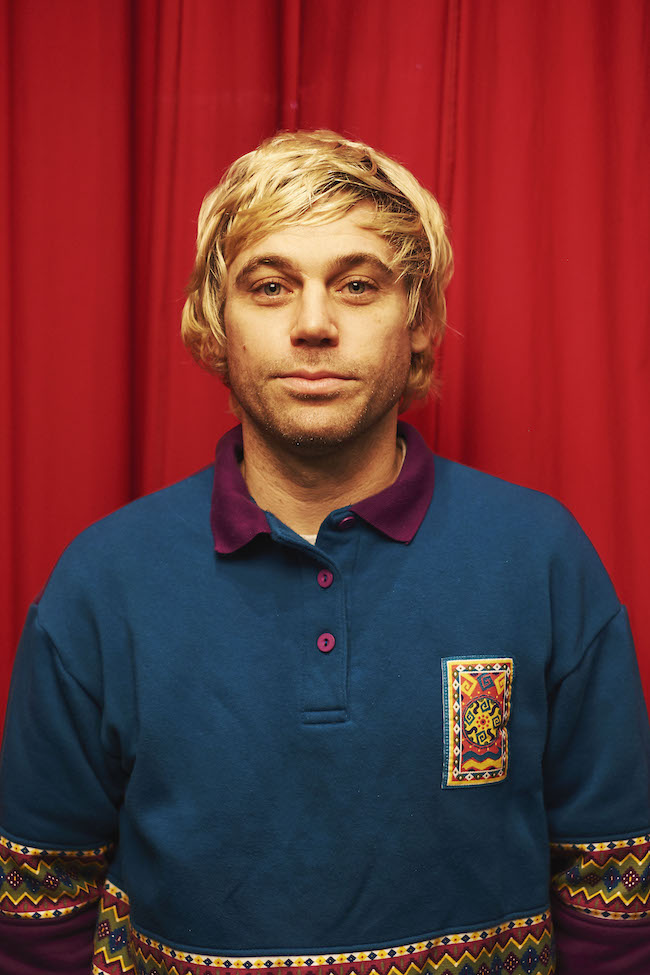 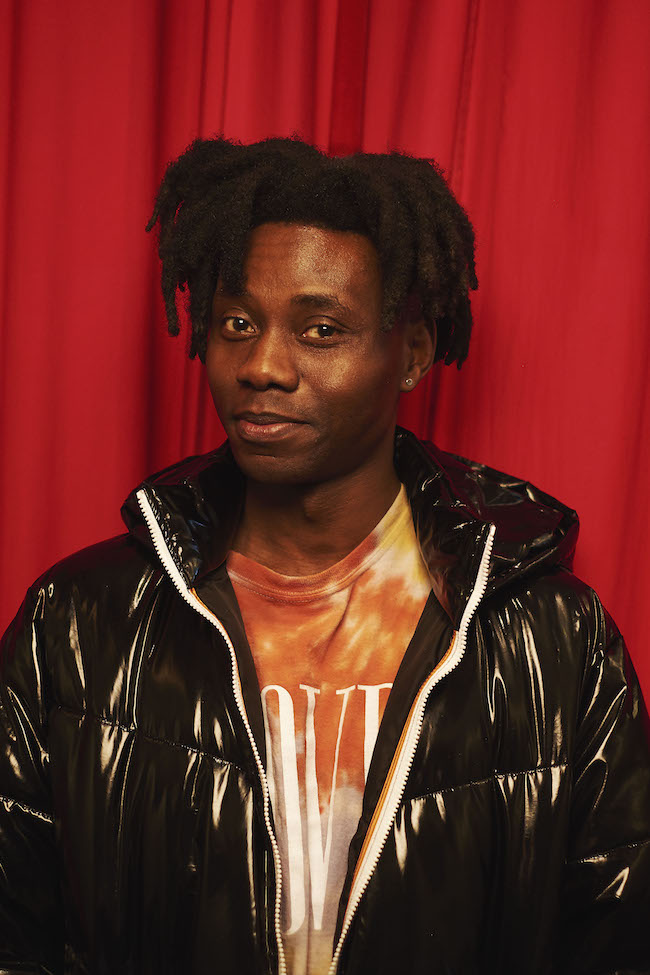 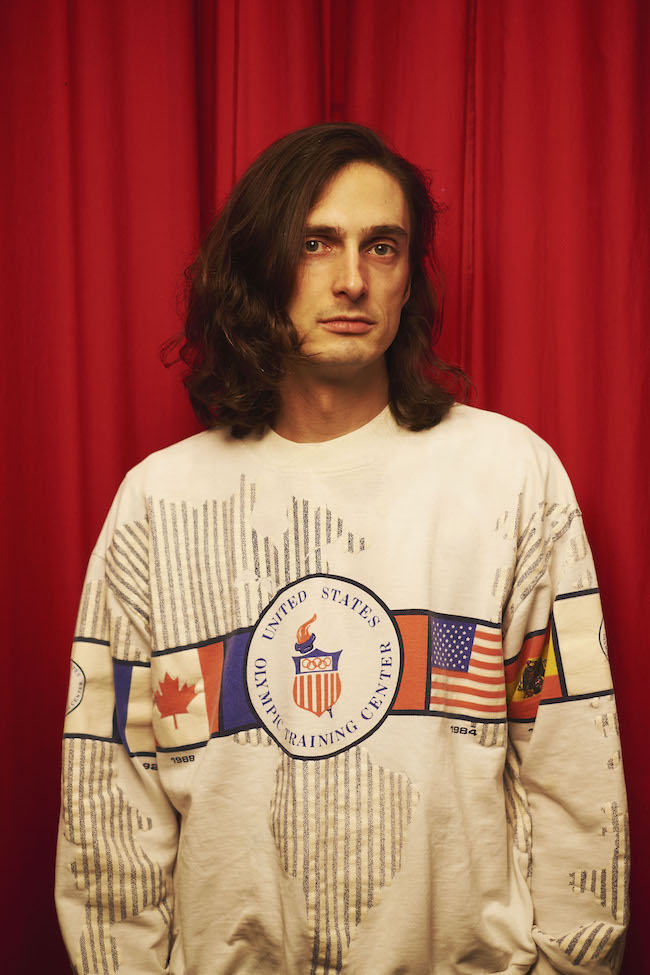 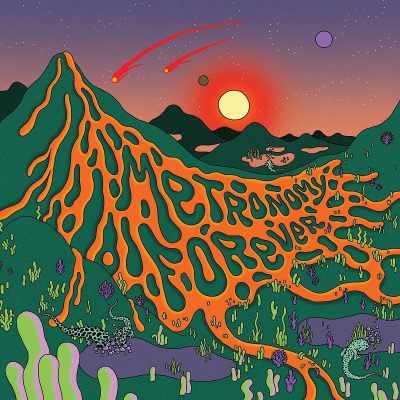