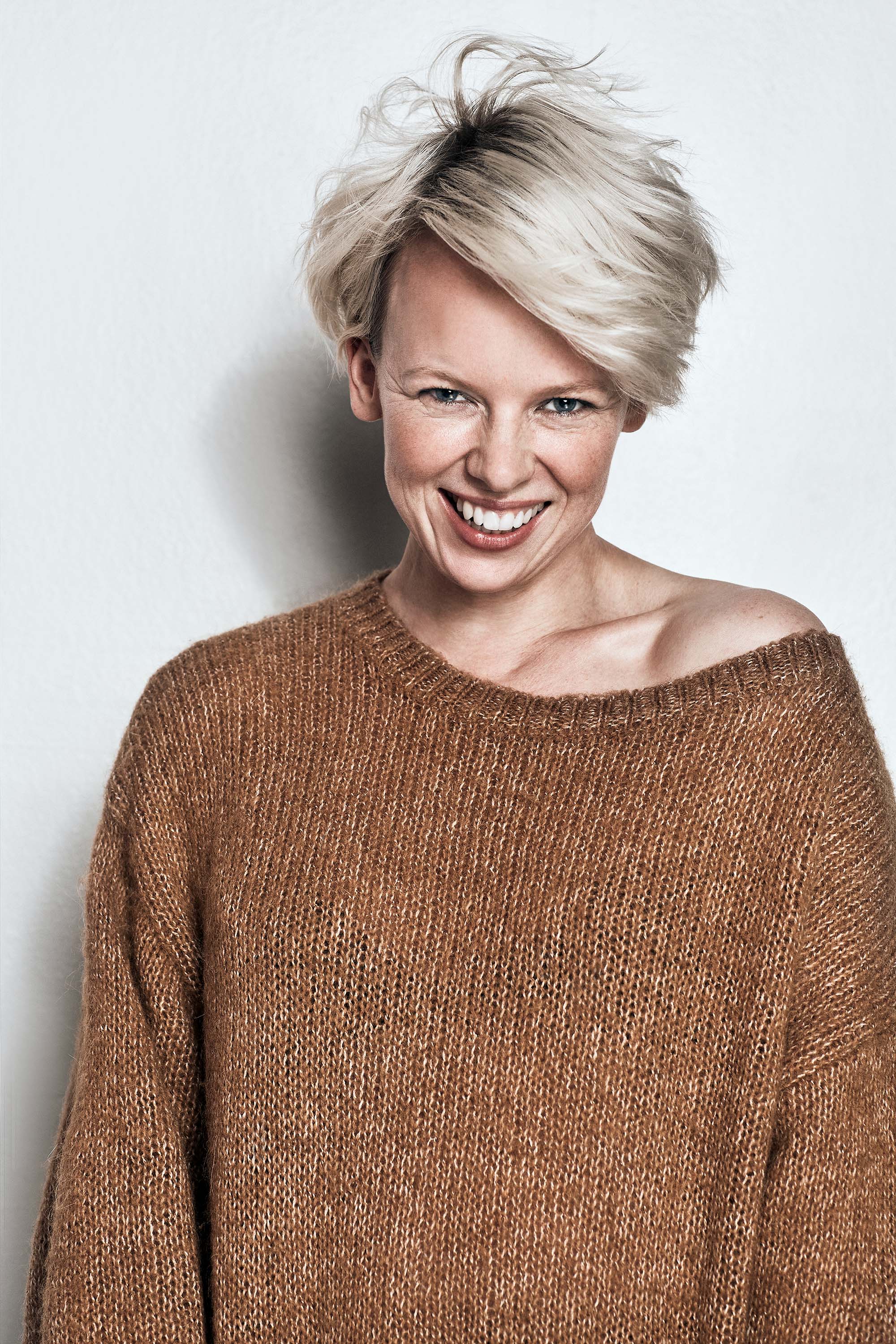 ――Moomin is very popular in Japan, but I don’t think many people know about Tove Jansson. I had this image of a sweet lady with gray hair on the back of the book, so this movie was surprising in a good way and I really loved it.

Alma Pöysti: Oh, I’m relieved! I’m happy to hear that. Yes, I guess many people have that picture of old Tove, this old fairytale lady. But she was wild. And she had a wonderful adventurous life.

――To play in the biopic must be difficult already, but on top of that, Tove Jansson is such an icon in Finland. What did you think when you first got the offer?

Alma Pöysti: I did realize that it was a mission impossible. How can you portray, first of all, a human being, and another human being but Tove Jansson. That’s impossible, really. But our director, Zaida Bergroth said very wonderfully, “So this is a mission impossible, we can only fail. But let’s fail in an interesting way” [laughs.] And that was wonderful because then it set us free somehow to explore what Tove Jansson was all about. 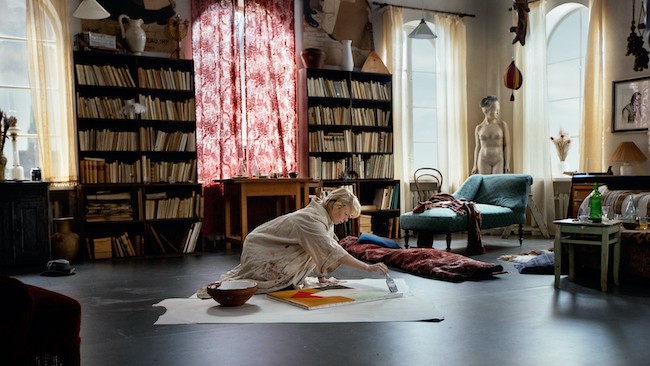 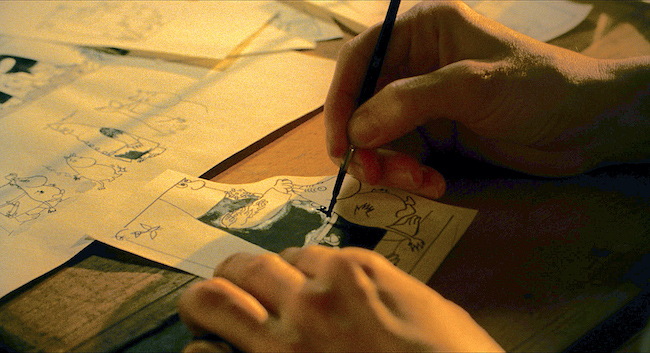 ――How did you approach to the character?

Alma Pöysti: I’ve been reading her books since I started to read or my parents were reading them to me. But I read them all again for this role. Then I read all the biopics about her and I’ve been listening to audio tapes and watching documentaries and film materials. Also, I was training because Tove Jansson lived her life with a pencil in one hand and a cigarette in the other hand [laughs.]

――I did notice that in the movie.

Alma Pöysti: I had to make it into my sixth finger somehow. So I was sitting a lot together with our graphic artist, Sandra Wahlbeck in the cellar of Helsinki filming. And we were drawing, drawing, drawing, all these Moomin characters and Tove’s beautiful handwriting and trying to get as close to them as possible. Also, I took some painting lessons and talked to people who knew her. 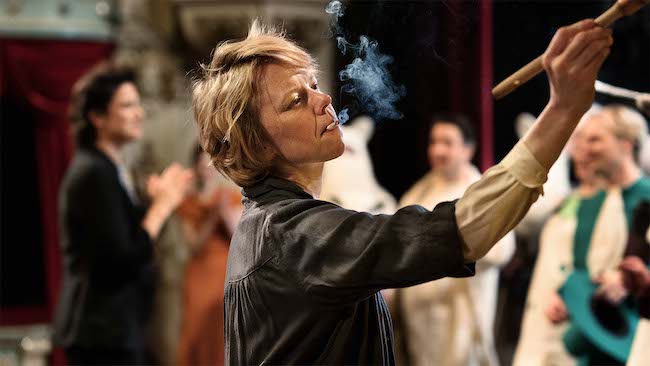 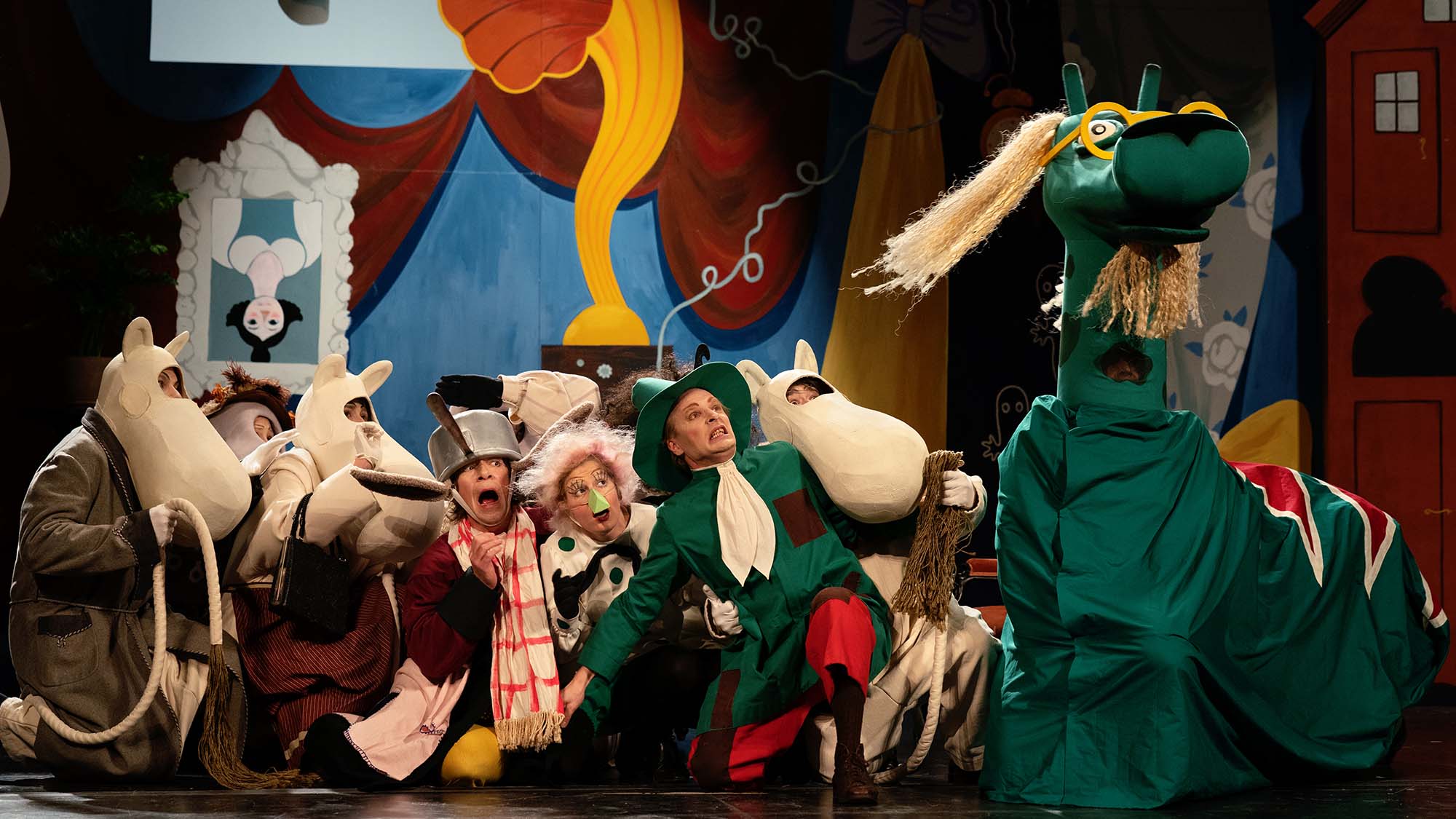 ――I heard that your family had personal connections with Tove?

Alma Pöysti: Yes, my grandparents were very close friends with Tove. My grandmother was in the first Moomin play that is also shown in the movie. So they go back a long time and they were friends throughout their lives. And my grandfather played the Moomintroll in the 50’s and 60’s, when they went to Sweden and Norway. They were writing letters and phoning each other all the time. She was a buddy of my grandparents.

Alma Pöysti: Yes, but you know, Finland is a small country and the Swedish speaking and cultural circles are very small. Tove came to our house one time when I was a child for dinner. So I met her as well, when I was very small.

Alma Pöysti: Yes, I remember. She and Tuulikki [Pietilä, Tove’s partner] came and they brought these small wooden Moomin figures.

――How sweet! Do you still have them?

Alma Pöysti: It’s terrible, but we had a big dog and he also loved those toys, so he ate them! It’s terrible! But I have to be honest, that is what happened [laughs.] 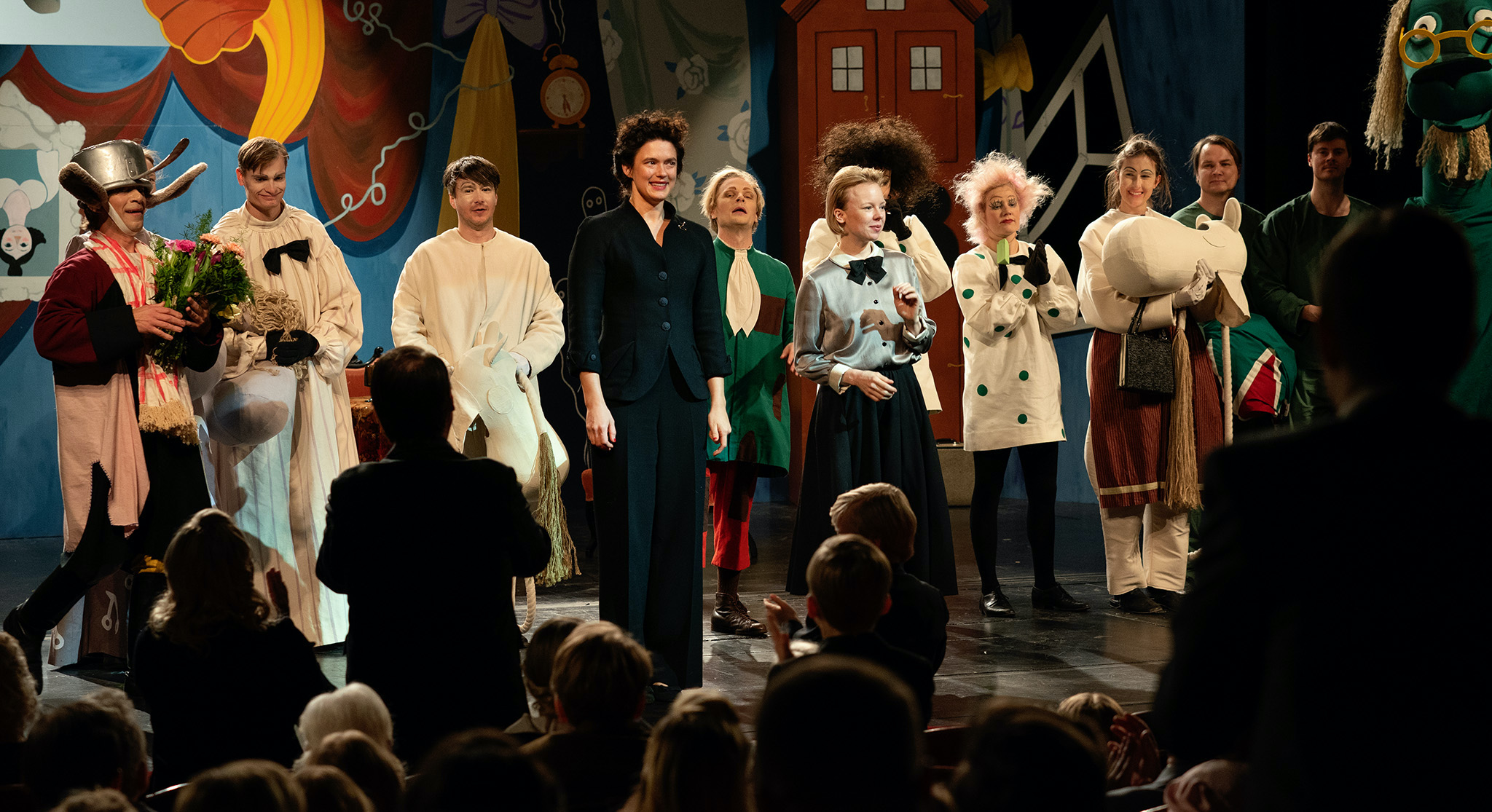 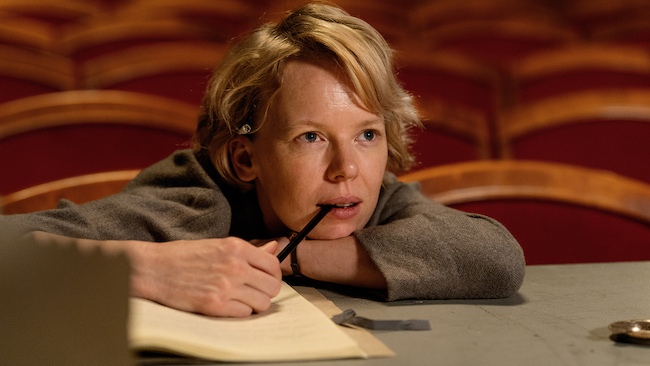 ――After researching so much about Tove Jansson, what was the most surprising thing that you discovered?

Alma Pöysti: I thought I knew a lot about her, but she keeps surprising me. The amount she left behind is interesting because she knew her value. She knew people were going to do research on her later on, so everything that was left was left there on purpose, I think. That’s how I also felt that maybe we had the permission to make this movie, because she left all of these clues behind for us to make our own interpretations. One thing [that surprised me] was all of Tove’s letters, and how socially intelligent she was. It was wonderful to read these letters. In terms of how she talks about herself, she’s being her self-critique, but also, she had the ability to laugh at everything when it got too hard. And her relationships with Atos Wirtanen and Vivica Bandler. They managed to stay friends throughout their lives, even though the love relationships turned into something else. I think this is something that you can really be inspired by, and also somehow be amazed by this ability to not be bitter.

――I was amazed by how free and independent she was. I feel like it takes so much courage to live like her even today. What did you and your director Zaida Bergroth talk about before filming?

Alma Pöysti: I think we were looking more for the spirit of Tove than to imitate Tove in a way. That was the most important thing to come as close to her as possible and be as truthful as possible, not to be too cute about it. Because when it comes to Tove, you can suddenly get really cute and it’s all fluffy and Moomintrolls. But Tove was quite strict and quite hard on herself. There was a lot of self-critique and the strong desire to become an artist, and to be taken seriously in this quite male-dominated world.

Alma Pöysti: Of course, there were also many hardships in Tove’s life. The war was struggling her a lot and she was depressed at times. She couldn’t paint and said that all the colors in the world had disappeared. But then, there was this joie de vivre that you really can’t stop. It’s wonderful humor and intelligence that made everything into whole. I think that’s why we love Tove Jansson’s work so much. I think that people find comfort in it whether you’re from Finland or Japan or somewhere else. This is amazing. 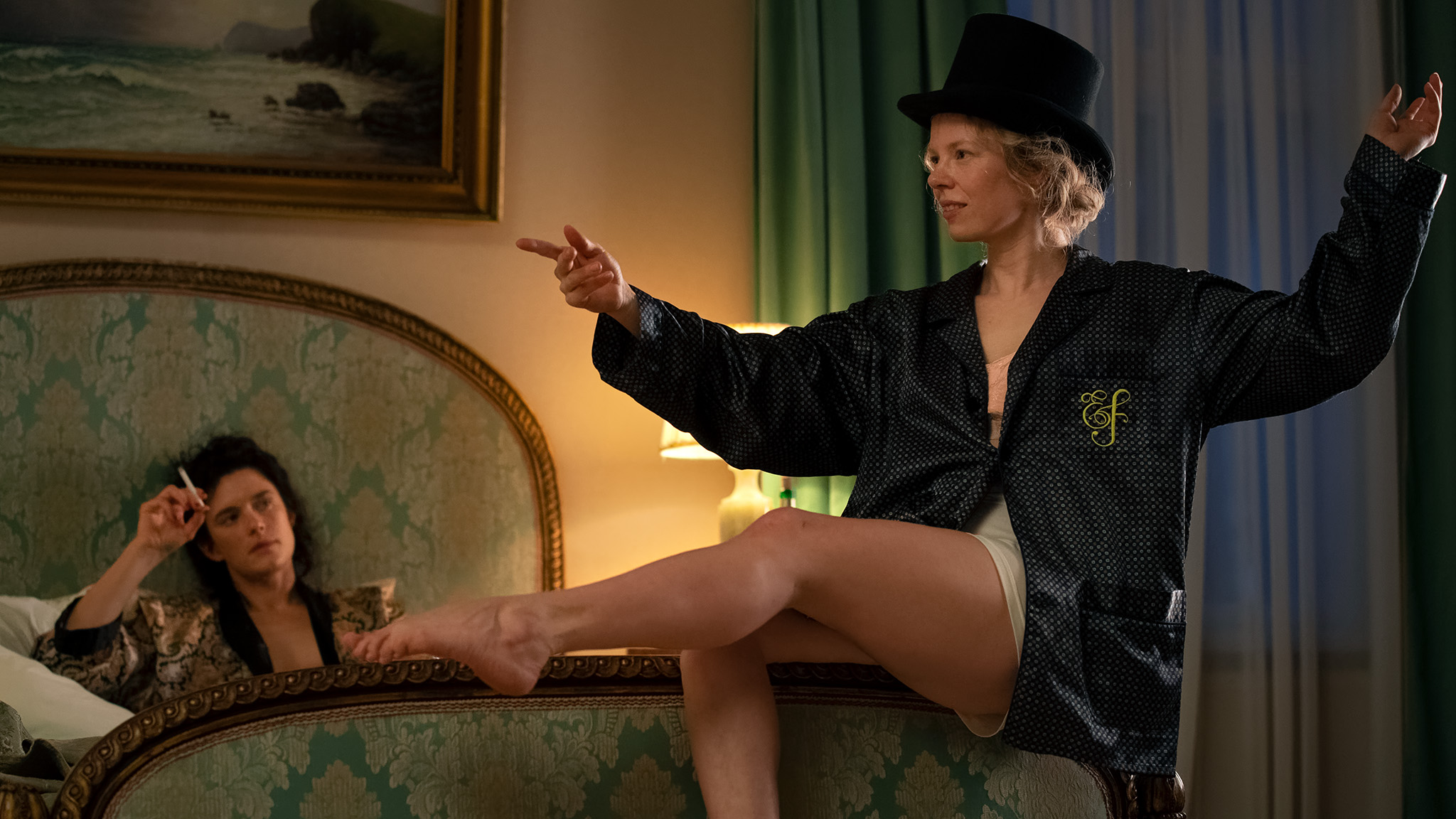 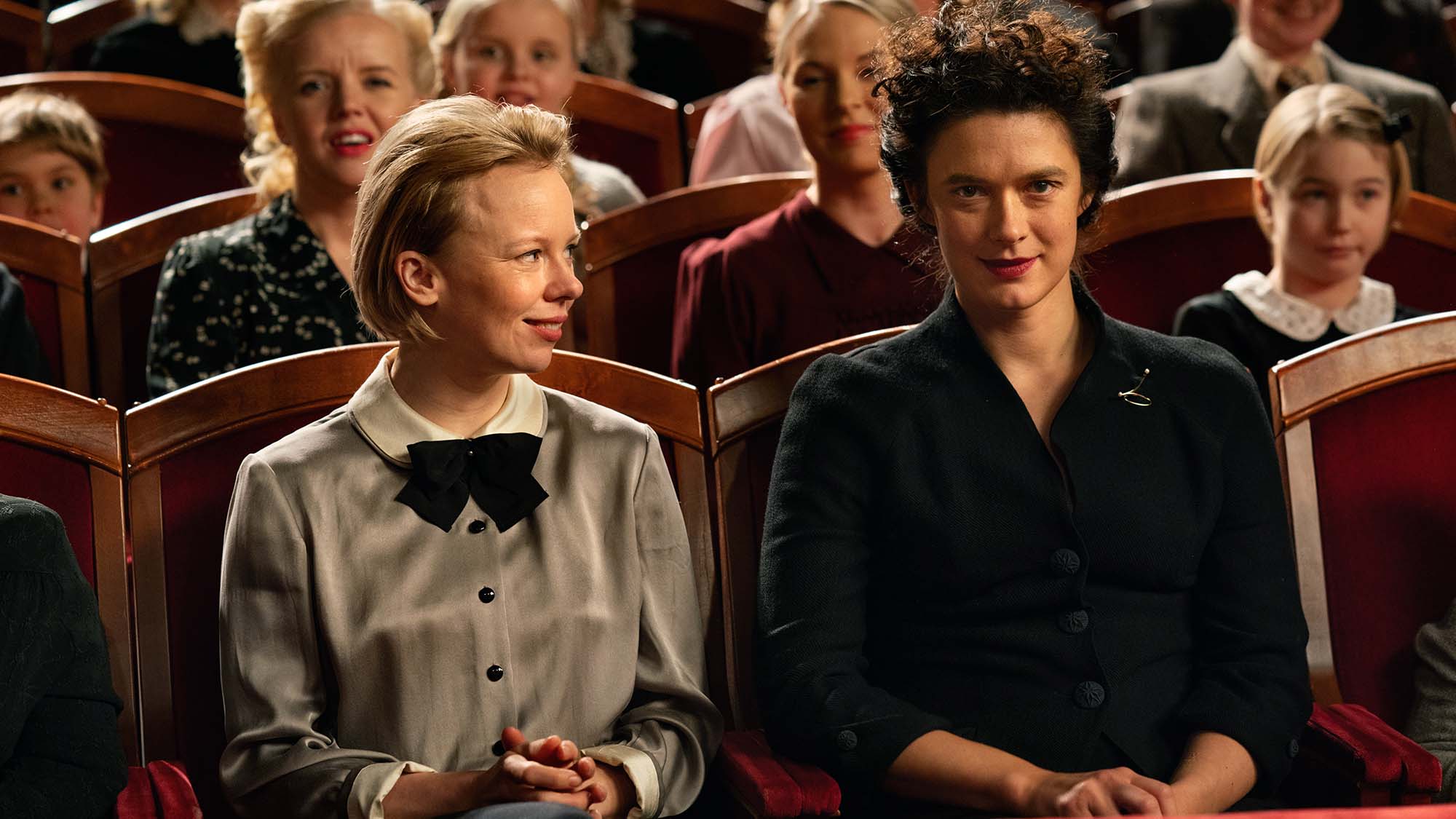 ――I really liked how the film depicted Tove’s relationships with Atos Wirtanen and Vivica Bandler. For Tove, it’s not about gender and she loves who she loves. I love the fact that this movie doesn’t punish anyone for their gender.

Alma Pöysti: I think you’re absolutely right. Thank you for saying that. I really appreciate that as well. Tove said herself, “It doesn’t matter if it’s a woman or a man I fall in love with. It’s the human being and that’s what’s important.” She didn’t like labels at all. This is maybe also what Tove is about when you try to find her spirit. It’s not to label, not to punish, not to make things black and white. It’s complex. And love isn’t easy but that’s also the fun of it, I guess [laughs.] Nothing is really that simple.

――I read that not only the director, but many of the crew are female including the writer, cinematographer and production designer. In the intimate scene with Tove and Vivica, I thought you could actually feel the female gaze.

Alma Pöysti: Yes, it was all about the female gaze and we were surprised. Krista Kosonen who played Vivica Bandler had done so many films, but she never had worked with a female photographer or DOP before. We were somehow surprised of the ease to it, the freedom that was there, the understanding. There was some compassion in that female gaze that I didn’t have to look or be a certain way. I still can’t really find the words of what it was that was happening, but it was a liberating experience.

――How do you feel that the film is going to be release in Japan?

Alma Pöysti: I’m so so happy. Every Japanese people I meet or whomever comes to Finland are crazy about Moomin and that’s so interesting. This invention from a lady in Finland has this effect in a far-away country like Japan. Isn’t that wonderful? After watching this film, I hope that people also explore the other works of Tove because her art is absolutely fantastic. And also her short stories… There is so many sides to Tove Jansson besides Moomin that are worth exploring. I only congratulate people who don’t know about this yet, because they have such amazing findings in front of them, really. 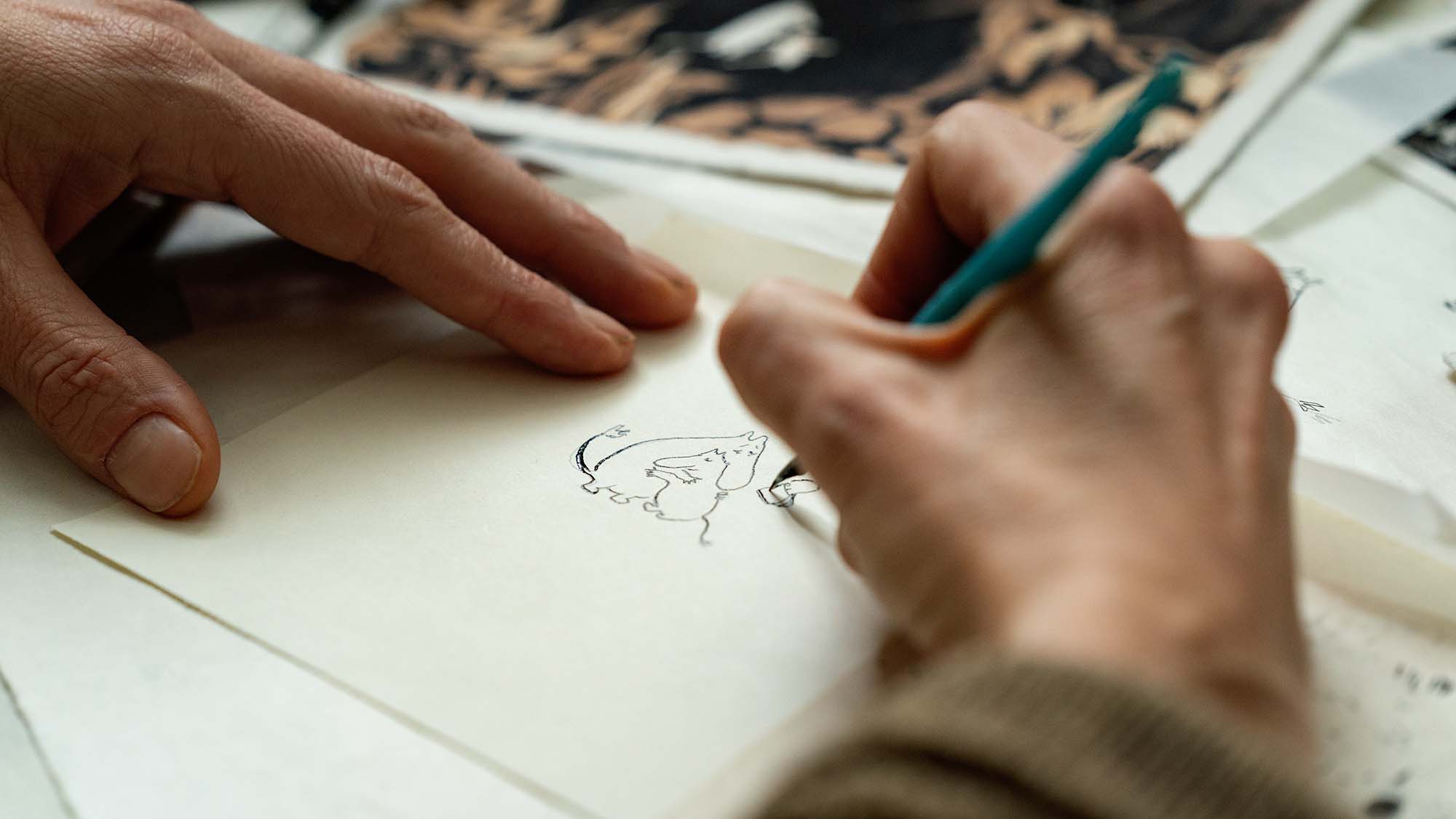 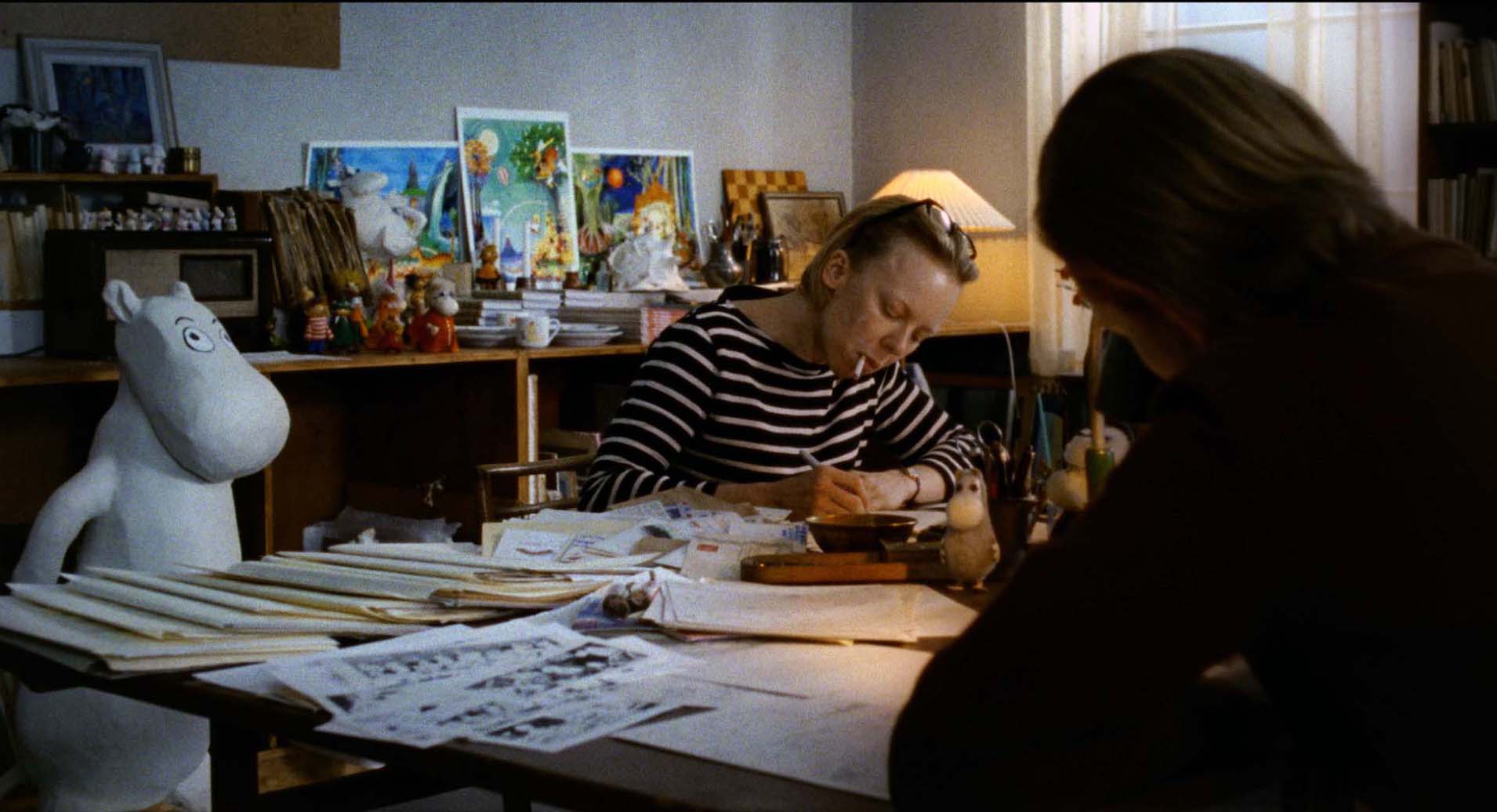 ――This movie is not just about a famous artist and her success story, but It’s more about a woman trying to find her voice as an artist. I think a lot of people will be inspired, not just the Moomin fans.

Alma Pöysti: Something that really struck a nerve with Zaida Bergroth, Linda Wassberg, Catharina Nyqvist Ehrnrooth, the set designer, and myself was that we all have had our own struggles as female artists, so it became somehow a love project. There was a very strong connection to Tove’s struggles and our own somehow, and then we were collaborating on these themes.

――Having played Tove, do you think it’s changed your perspective on life in any way?

Alma Pöysti: I think I’ve gotten really inspired to make the most of my life. Life is short, it is limited. So it’s important to really think about what you put your energy on. Don’t be bitter, don’t dwell on your past mistakes. Just look forward to the next adventure and be curious. Curiousness is a way of life, as a life philosophy. And keep learning new things.