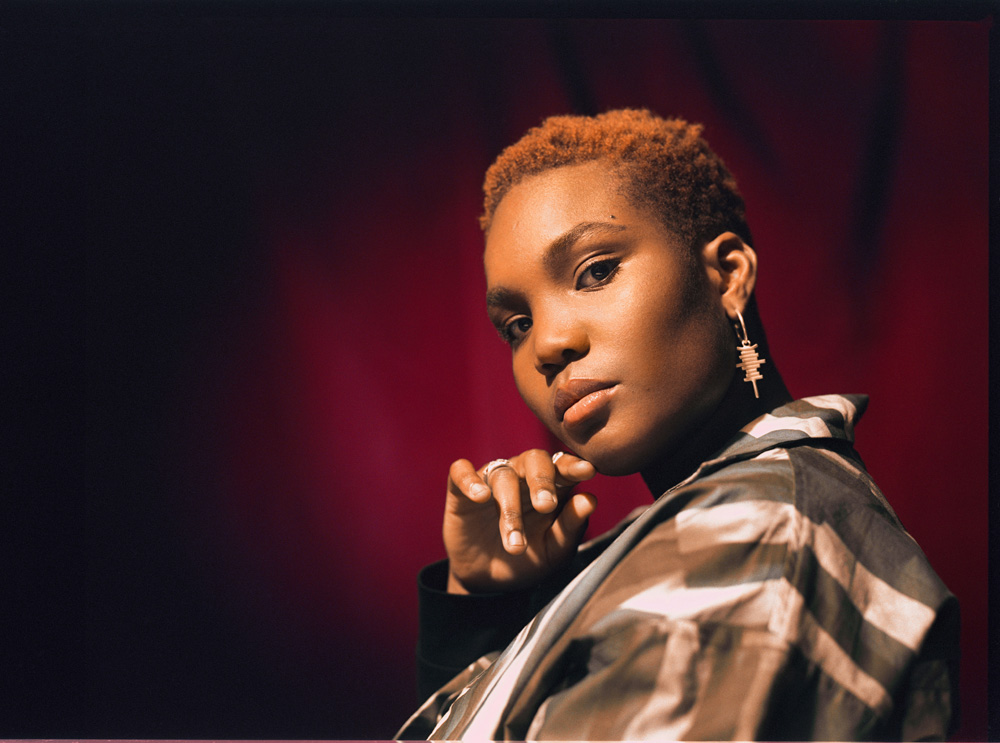 ―Hi! How are you doing? It’s been such a crazy year but hope you’re doing ok.

Arlo Parks: I’m all good, thank you. Yeah, it’s been a wild one, but I catch little bit more time to just sit and reflect and watch films, so I’m feeling good.

―Congratulations on the debut album!

Arlo Parks: Thank you! I can’t believe it’s finally out now. It feels like it’s been such a long time. It was just a little Dropbox link on my phone, but now it’s out in the world which is exciting.

―How do you feel that now everyone around the world is listening to what you created?

Arlo Parks: I think I really still feel little bit nervous. I’m not sure why. I feel excited that people are enjoying it, but there is a sense of like, “Oh my goodness, it really is out in the world!” I still can’t quite believe it, you know? [laughs]

―Could you tell us a bit about your background? How did you start writing songs?

Arlo Parks: Basically, it started off with me writing short stories when I was about seven or eight. And then I kind of gravitated more towards imagery. I wanted to create things that felt almost like I was creating this little world. In my writing I didn’t really want to write long things, I just wanted to write few lines and make it emotional, so it made sense to me to start writing poetry. And my teacher gave me a book of poem because she could see that was something that I was interested in. And then I kind of picked up the guitar when I was 14 or 15, and started teaching myself to produce on GarageBand. That’s when I kind of started writing songs.

―What inspired you to put your words and music together?

Arlo Parks: I guess that it was probably just the influence of the artists that I was listening to at the time. I was listening to people like Patti Smith or King Krule or Frank Ocean. It’s like singing the stories added another layer of depth to them. I’d always loved music, so I guess I just fell into it.

―You write beautiful lyrics and I think you’re such a great storyteller. What I love the most about your music is when I listen to your songs, I can just imagine the scenes in detail in my head and it’s a wonderful experience.

Arlo Parks: Thank you. That’s what I hoped to do really. I’ve always been interested in making songs that felt like you’re almost looking at a Polaroid picture. Or you’re looking at a scene from a film and you can feel the little detail. That’s always how I’ve loved writing in that specific way.

―What are some of your inspirations for your songs? Do you write constantly?

Arlo Parks: I think that the best lyrics come out when I’m not really sitting and thinking about it. I’m getting a lot of inspiration from this memoir that I’m reading and it’s called “I’ve Seen the Future and I’m Not Going.” It’s about the 80’s downtown New York and the art scene. And I’ve been getting a lot of inspiration from just watching kind of independent and international films. I just watched this film by Edward Yang called “Terrorizers.”

―Did you write songs during the lockdowns?

Arlo Parks: Yeah, I wrote the album during the lockdown. And I’ve been writing now as well, just kind of demoing and seeing what comes out. But yeah, I definitely think I turn to music in difficult time. 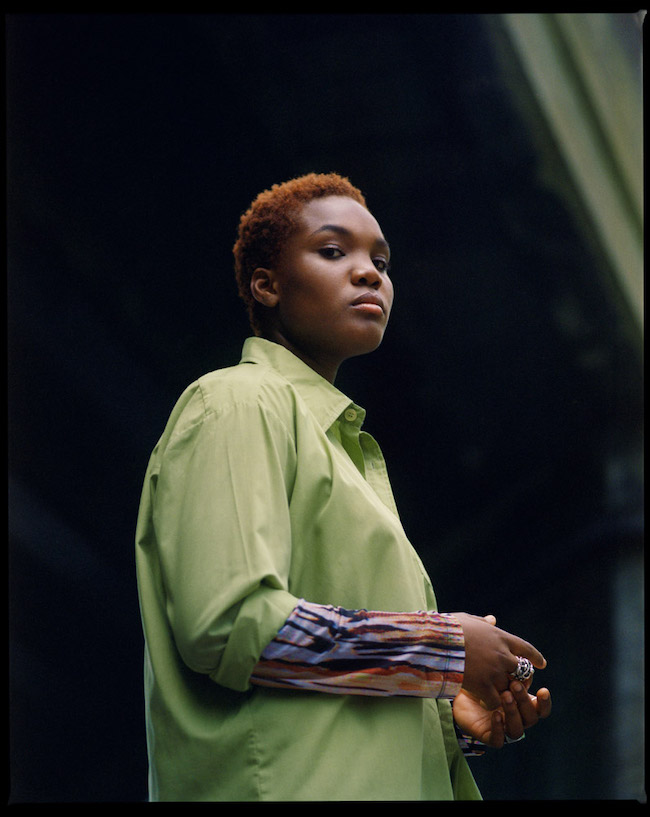 ―When did you start working on the album?

Arlo Parks: I must have written the first batch of songs in January 2020. I wasn’t even sure I was writing an album. I was just writing. And I think when it was March, and lockdown kind of started for us, that’s when I really made the decision to start properly.

―Why did you decide to call it “Collapsed in Sunbeams”?

Arlo Parks: I was reading this book called “On Beauty” by Zadie Smith at the time, and to me there was something so bittersweet about the phrase. It felt like being overcome by emotion and you’re not sure whether it’s positive or negative. And it just reminded of me the fact that the sun is kind of this healing force that promotes growth. And to me the album kind of was about trying to grow past difficult things and become comfortable in your own skin, so it kind of made sense to me.

―How would you describe this album in your own words?

Arlo Parks: I guess I would say It’s quite a sensitive album. In terms of genre, a bit of indie, a bit of soul, and a bit of pop, maybe? [laughs] And it’s kind of rooted in poetry. I guess that’s what I would say.

―Which song is the one that you are most proud of on the album?

Arlo Parks: I think to me it’s probably “Hope,” just because of the message and I feel like the drums we got exactly as I imagined them. And I like the little spoken word moment. It’s going to be really uplifting to play live as well, to a whole room of people singing “You’re not alone.” I think that’s going to be really special.

―You mention Nujabes in the lyrics for “For Violet.” Is he someone you grew up listening to?

Arlo Parks: No, I didn’t grow up listening to him. I found out about him when I got interested in lo-fi hip hop of like J Dilla, I guess. Then I heard “Feather” and I just felt so transported. There is something very otherworldly about his music. And it’s always been what I put on when I just want to feel calm and (I do) almost like straight away. I really enjoy his music.

―Are you familiar with Japanese culture other than music?

Arlo Parks: I feel like my only knowledge is my broad knowledge of Studio Ghibli films [laughs.]

―I grew up watching Ghibli films.

Arlo Parks: Oh really! When I was writing this record, I kind of went back and re-watched all of them. I don’t know, there is something so heartwarming about those movies. I just love them.

―Which one is your favorite?

―Who are some of your favorite authors?

Arlo Parks: I got so many. I actually grew up loving (Haruki) Murakami. “Norwegian Wood” and “1Q84” especially, those are my two favorites. I feel like his style of writing interests me because his books always have these characters that feel so human. They feel like somebody you know, but at the same time, there is just this otherworldly quality to his writing where reality feels like a bit off, you know?

―I know what you mean.

Arlo Parks: And he tackles these really difficult heartbreaking topics in a way that’s very graceful but brief at the same time. I love his writing. And in terms of other authors that I like, I really like Joan Didion. I really like Audre Lorde as well. I really like Patti Smith’s writing. In terms of poets, I like Pat Parker, I like Allen Ginsberg, I like Ocean Vuong… now I’m looking at my bookshelf and reading what’s on there [laughs.] 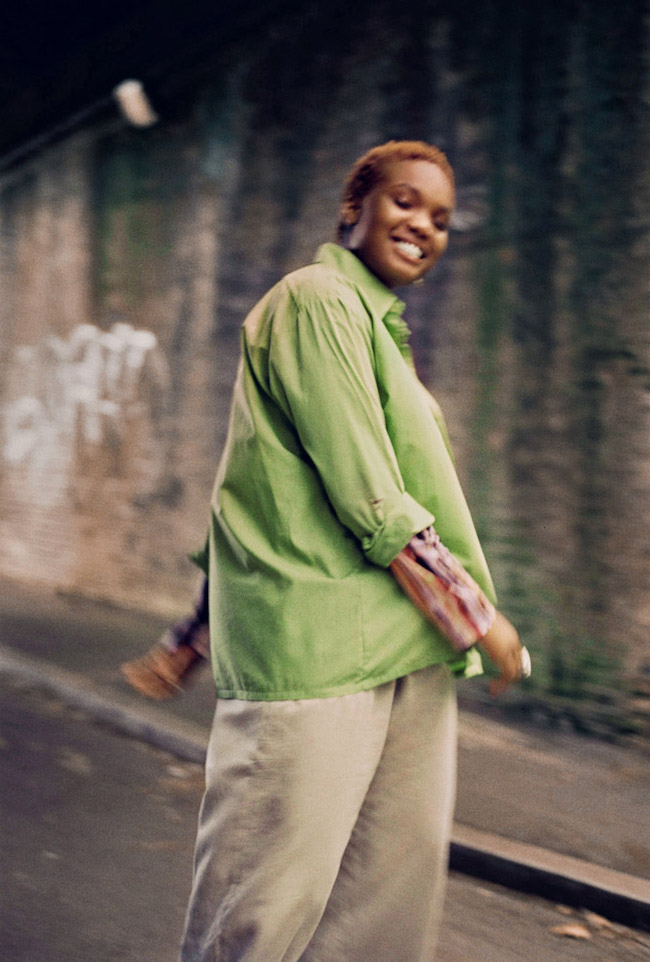 ―You released your debut album during the pandemic, yet it seems like everyone is talking about you and you were even on Michelle Obama’s playlist. I’m sure there was a big change in your surrounding? How do you feel about it?

Arlo Parks: It’s interesting because although as you said, there’s been so much change and so many incredible things are happening, but I’m still just living at home. I’m still just getting told off for not doing washing up [laughs.] I feel like my life is still very much like as it was but in the best way. My dreams are coming true, but I’m still surrounded by my family and I’m staying humble, you know? I like that.

―Has your quarantine life been interesting for you in any way as an artist? Was there any surprising inspiration?

Arlo Parks: I guess for me it was being able to delve into podcasts and meditation. It’s not that I didn’t have interests, but I just never really made time for them. And I think actually spending time by myself. I take so much inspiration from other people, but just sitting with myself and getting to know myself is actually really inspiring to me. I feel like I just connected to myself better. And I just made space for stillness, just accepting how I was feeling in moments. I think that that was definitely one of the most inspiring things about this period of time.

―Music gave me a lot of comfort last year. What were some of the things that gave you comfort?

Arlo Parks: I listened to all my comfort albums as well. So I listened to “In Rainbows” by Radiohead. I listened to “A Seat at the Table” by Solange. I listened to “I Thought I Was an Alien” by Soko… Also the xx’s first album, I really like them. There is something very soothing about music because you can just kind of sit there and let it wash over you. And I took to doodling and writing lyrics even or writing notes when I listened to records. It’s definitely something that made me happy.

―What would you like to do the most when this pandemic is over?

―Please come to Japan, too.

―Have you been to Japan before?

Arlo Parks: No, I’ve never been there. I remember the first time we met, my manager asked me, “Where in the world do you want to get to a point where you can play?” And we both said “Japan!” We were like, “Right, that’s the goal! We are going to get there.” And hopefully, one day we can make it over there. That would be great.

―A lot of fans are waiting for you. Do you have any message for them?

Arlo Parks: I appreciate you guys allowing themselves to be moved by my music, and I’m glad it made its way to so many of your hearts. I can’t wait to be over there playing in real life when it’s safe.

―What’s next for you?

Arlo Parks: I’m working on this collection of poetry at the moment. And I’m just working on new music, I kind of always am. I’d love to explore acting or directing a little bit more, that would be a lot of fun.

―It was nice to see you in the short film Gus Van Sant made for Gucci.

Arlo Parks: That was incredible. I was very nervous, but it was a lot of fun. And it was kind of outside of my creative comfort zone. I always enjoy those experiences because you learn so much. 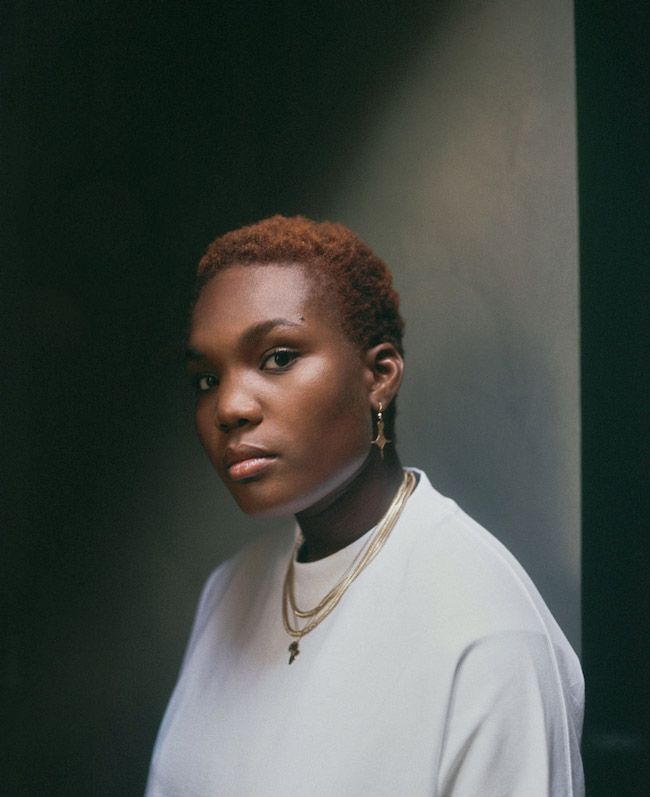