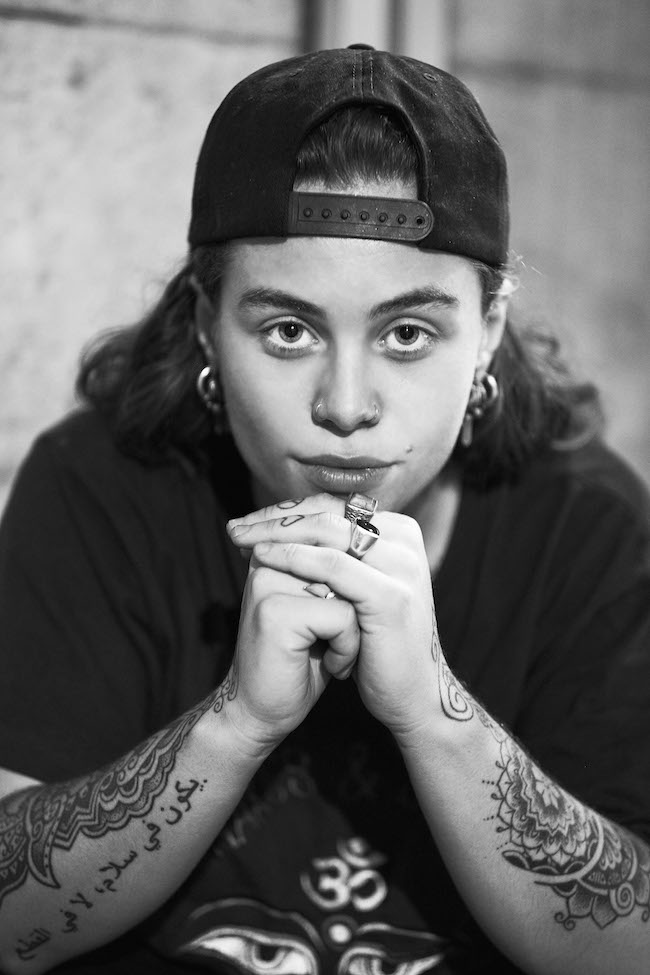 ――Do you know that you are on twitter trend?

Tash : I just read that.

Tash : I love that.I played yesterday in Osaka.I put everything into today.

―― Listen to your music on CD, actually listen on the show was totally different

Tash : It is difficult to be able to do everything you can do in the video all in once. But I think I tried to take bring it life. because in the studio you can do whatever you can make sound however, you cannot do a lot. I think in the live I give energy.

―― You have been playing a lot of instruments today. How about usually? How many instruments do you usually play on the live show?

Tash : Pretty much everything that you have seen. Saxophone, bassoon a lot of pan pipes, sometimes electronic drum kids.

――Actually, how many musical instruments can you play?

Tash : Obviously, I`m still learning everything one. Piano, keyboard, percussion drum, cithare mandolin, flutes, pan pipes, a little bit of Saxophone, trumpet, guitar, base and making beats.
I have been trying to how fun I can play. I do not master them. I’m just learning I want to learn more as much as possible because I am young and my life is long. 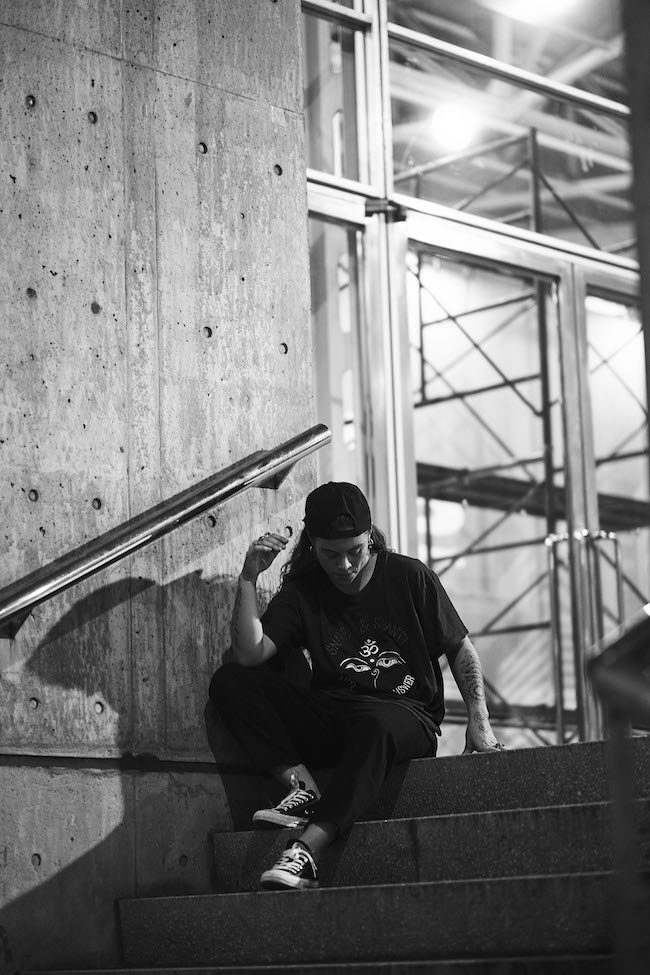 ―― Among those instruments, basically you’re a guitar player. How did you pick up the guitar initially and How did you get to focus on your music?

Tash : My grand father gave me the guitar when I was three years old. I started learning and to play them. When I got a little bit older, I wanna play more instruments and started to play piano, base drum and, guitar. Base drum and, guitar are played by your ear. I pick up trumpet sound, tuning the guitar I play.

―― What is the important aspect as a guitar player?

Tash : Technique. I wasn’t very happy with my techniques when I watched my show on the back. I was playing too rush because when I was in stage, I was so excited But I think I need to slow down and carefully and tried to do that. Now, I practice every single day for getting better.

―― You’ve been busked in Melbourne. Did you get something there?

―― What is the most memorable experience for you?

Tash : All of it. I think the special part is that there are a lot of homeless people. When you buskin, they come and watch it because they usually don’t think positively any happenings in the day usually. These people are really bad luck. We used to buy lunch for them , pay them and look after toilets. I think the best part is the bunch of such people who everyone ignored. That’s was special.

ーー Weren’t you afraid to be on the stage by your stuff alone?

Tash : It was Very stressful sometimes. Alone up there. Everything has to be perfect. I cannot rely on anybody on the stage. I just really have to focus on the guitar ,base drum beat box, singing , trumpet. You gotta get on the stage with calm. When I play now, I really calm. if you feel stress, fuck it up. 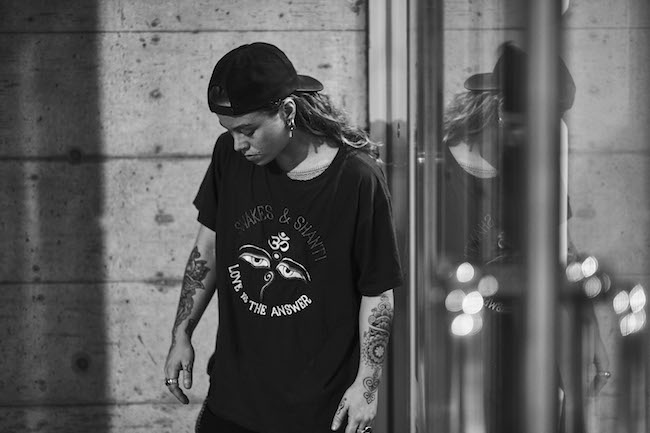 ―― Now you’ve been in front of thousands people in some festivals. Look back, when you are on the street, few people listen here. Did you feel anything different between look back and now?

―― Do you get nervous on the stage now?

Tash : Of course. I think that bigger show gets more pressure you really have. A year ago, I never got stress and nervous but I do now because it is so much more people now.
I don`t want people to feel disappoint. Stop smoking and stop drinking. I’m just sober. I focus on the best music that I can play.

―― When you play musical instruments, you are wild. At the same time, you seem very different style in singing.

Tash : I can go wild and yell and glow. I can go really hard or soft. It depends on the song. I never used to sing really badly.

Tash : I don’t make sounds like the way I look. The voice when I am talking and the sound in singing is totally different.

―― The gap is also interesting

Tash : People say that I don’t think you gonna make such sound like that. In Australia, we would say that I am bogan which is kind of really rough person. When people see my voice, everyone makes no sense.

―― Do you have any specific themes of your lyric?

Tash : It is the story of me, time that I had and people that I met or know.
I wrote the thing that happened in the past. 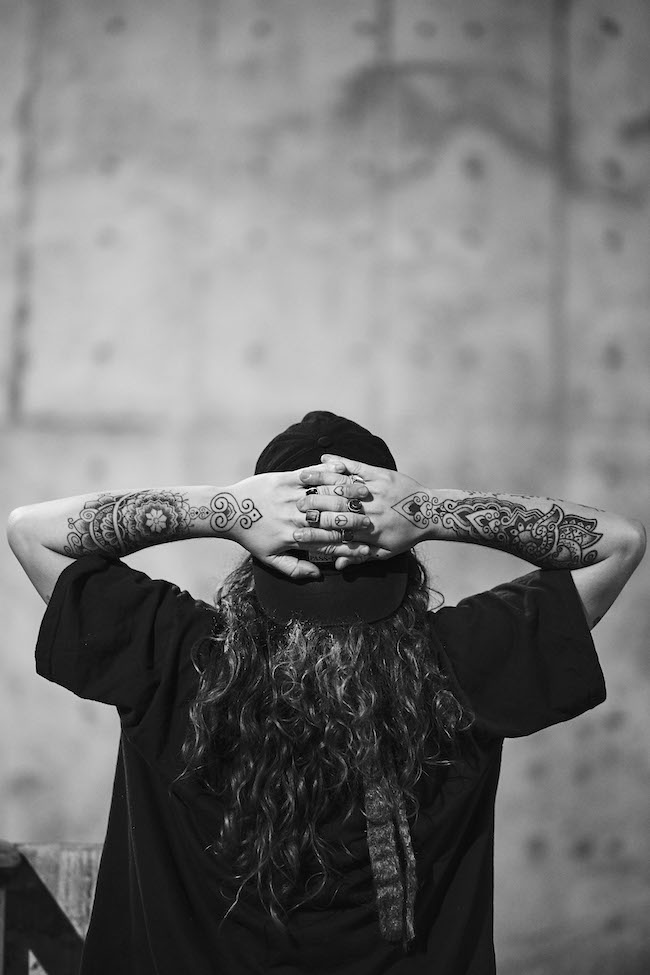 ―― Your new album “Flow state” just came out a year ago in Japan. With the album, do you have any particular theme or story？

Tash : The concept is “feeling”. When you go to on flow, you forget the concept of time and thought and you just become presently in the flow or your state, which means not feel just free.

―― Since you released the album, when you travel around with music of the album, did you find something different meaning for the album?

Tash : I play things differently in live. When I released the album to now, Every night I want to play differently. Because I don’t feel the same everyday. If people hear the song same, then fuck listen to on your phone. I change every day with my music I want to fit the day. Sometimes l play faster or slow.

―― Do you have the particular style of music when you produce right now or any messages?

Tash : Honestly, I’m young and just growing up. I’m happy with my career ,my family ,my partner and being in Japan. I don’t know which ways I gonna go. Doesn’t matter.

―― Do you have some message through your music to listeners.

Tash : I wouldn’t say that I have a message through my music because I’m playing songs mostly for myself. I write music because that’s what I need to do for me. People listen to it because it is connected to it. I just try to live positive and footprint on the earth. I just want to make people feel positive. The best is they can feel positive. That’s why I try to do.

―― Would you like to say something to people who are around your age?

Tash : There is a really beautiful thing in life. Looking at people who are around you who are older than you because every year you get a little older, you realize what life means. It’s not about superficial, social media, fashion, trends and likes. It’s not push about, it’s life. I’m thinking generation people are forgetting how to be alive. In real time, put the phone down, I live. When I play instrument, that’s best thing to do. Go surfing on, writing a journal, go to the park take your shoes off and get on grass. Get off your fucking phone. 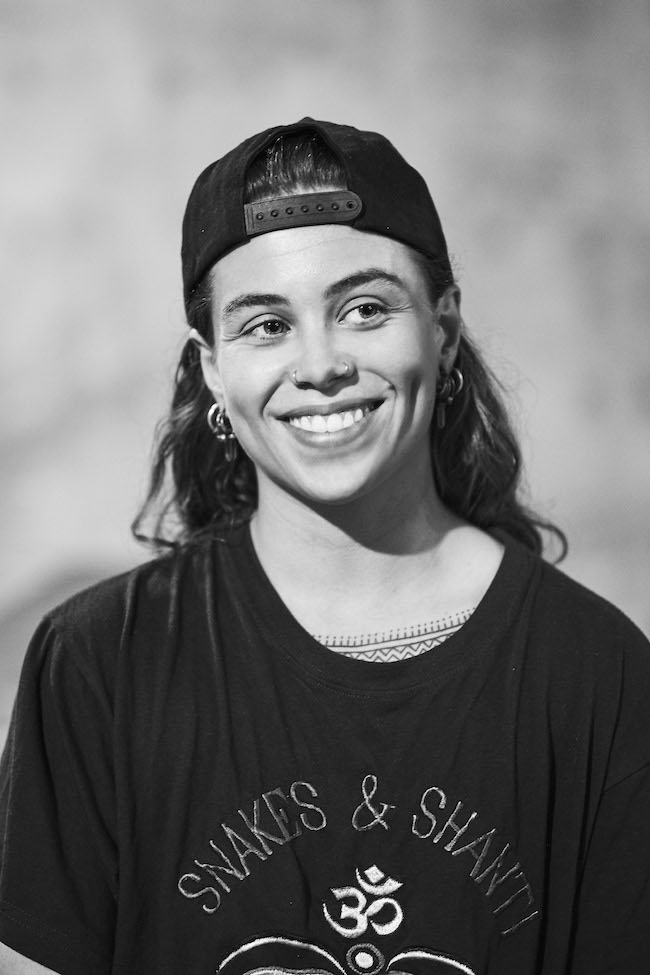