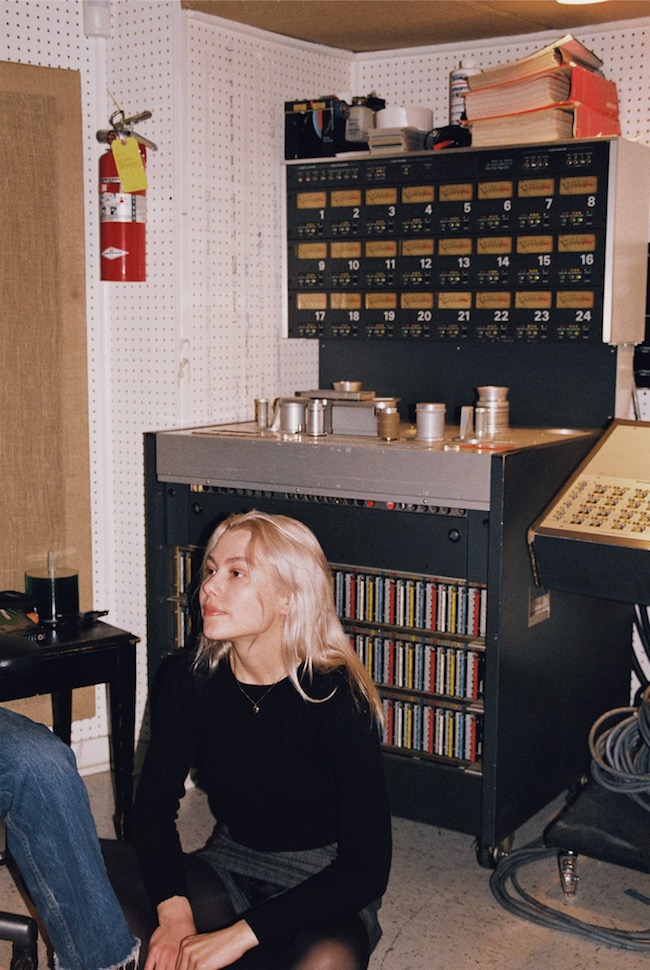 ——Thank you for doing this. It’s been such a crazy year but I hope you’re doing good.

——Congratulations on the new album! How do you feel now that it’s out in the world?

Phoebe Bridgers: It feels good. I mean, it feels kind of like I don’t have a job anymore, you know? I was doing so much prep for it and technically I should be on tour. So, it’s definitely way different than any other experience in my life. I feel like when I put down my phone, I don’t make music, if that makes sense. I can only see people react to it on the Internet. So, I definitely can’t wait to play shows, but it feels good to have it out.

——I was happy that you released the album while some artists chose to delay their releases because of the pandemic. Did you think about delaying it as well?

Phoebe Bridgers: Very briefly. It’s kind of took everybody in the US by surprise which is really stupid. But I was supposed to go to Japan and when that was canceled, everyone started kind of freaking out. So yeah, we talked maybe for two seconds about delaying it, but I was like “no way, I don’t want to do that.”

——You have a song called “Kyoto” on this album. I read that you wrote it in Japan when you were here last time?

Phoebe Bridgers: Yeah, I had a great time, and it’s one of those beautiful places I’ve ever been. But the interesting thing was dealing with a lot of stuff that was happening back home. Being as far away from home as possible and still kind of dealing with it was super weird.

——I could relate to the feeling of being outside of yourself when something really cool is happening right in front of you. Why did you write about that particular feeling?

Phoebe Bridgers: I think I’m always trying to put my finger on it. Because I feel it’s easy to feel out of my body all the time, I guess, when good things are happening. It happens to me a lot on stage where I’m thinking about my laundry or my breakfast or whatever, or spiralling and thinking about a conversation I have to have later, but I’m singing for a bunch of people. So yeah, I think I’ve just been trying to articulate that feeling. And maybe I need five more records to do it, but definitely I was trying to do it on this one. 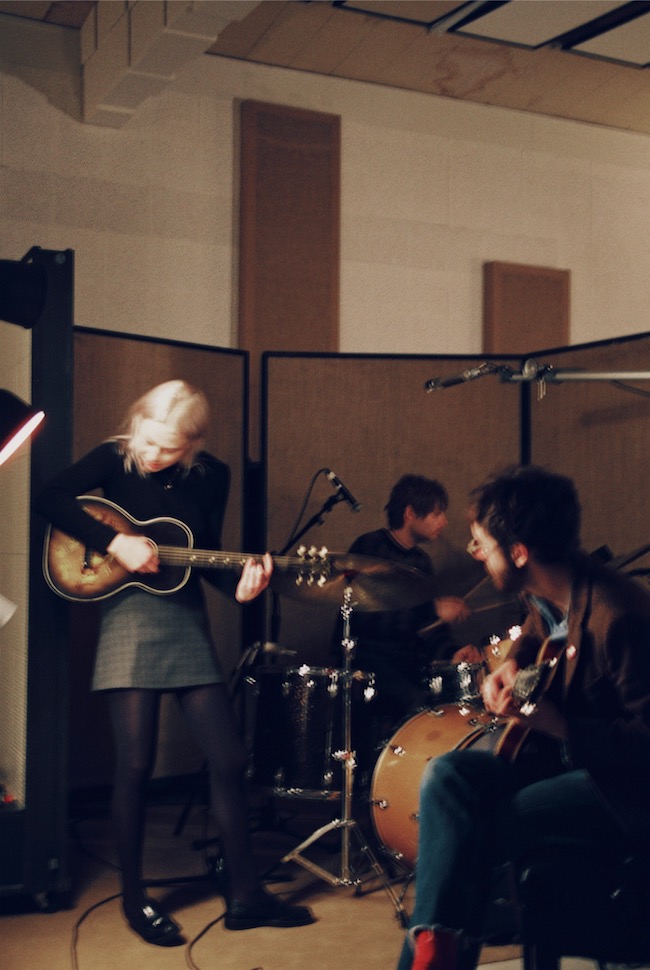 ——Why did you decide to call this album “Punisher”?

Phoebe Bridgers: I think it’s kind of a self-descriptor. I feel like when I get nervous, instead of getting really quiet, I get really loud and annoying. And I feel like I talk too much or I hear myself sound stupid. I was going to have a self-titled album, but I felt like having something that describes me or what I was conscious about instead was funnier. And also, I like that it sounds metal.

——Sonically, what were some of the things that you tried on this record that you’ve never done before?

Phoebe Bridgers: I’ve always loved the Cure and bands that can have a really miserable song but it’s recorded like a pop song, and like Morrissey and stuff, and I really wanted to do that. And I really wanted trumpet. Nate Walcott from Bright Eyes plays beautiful trumpet, so I called him quite a bit making this record. I wanted it to be just different than the last one.

——You collaborated with Lucy Dacus and Julian Baker from your side project, boygenius, again on “Graceland.” Why did you want them on this song?

Phoebe Bridgers: I just thought it was really sweet. And it was one of the only places I heard a really strong three-part harmony. We covered a Dixie Chicks song on tour, and I kind of wanted to recreate that on the record. So, I flew to Nashville and we all sang on each other’s records. It was really fun.

——You also released an album with Conor Oberst of Bright Eyes as Better Oblivion Community Center last year, and he is on this album as well. What is it like working with him?

Phoebe Bridgers: It’s great, I feel like he’s a really good editor. I think it takes me a long time to realize that something is good, and I don’t trust very many people to tell me something is good or bad. He is good at bouncing ideas off of him and kind of like finishing touches in a way that is really important to me.

——Do you think your side projects had any influence on this album?

Phoebe Bridgers: I think it just gave me more confidence in producing and stuff. It’s just easier to have ideas in front of those guys than other people. Not that I can’t collaborate with other people, but it’s like collaborating with another myself in a great way. 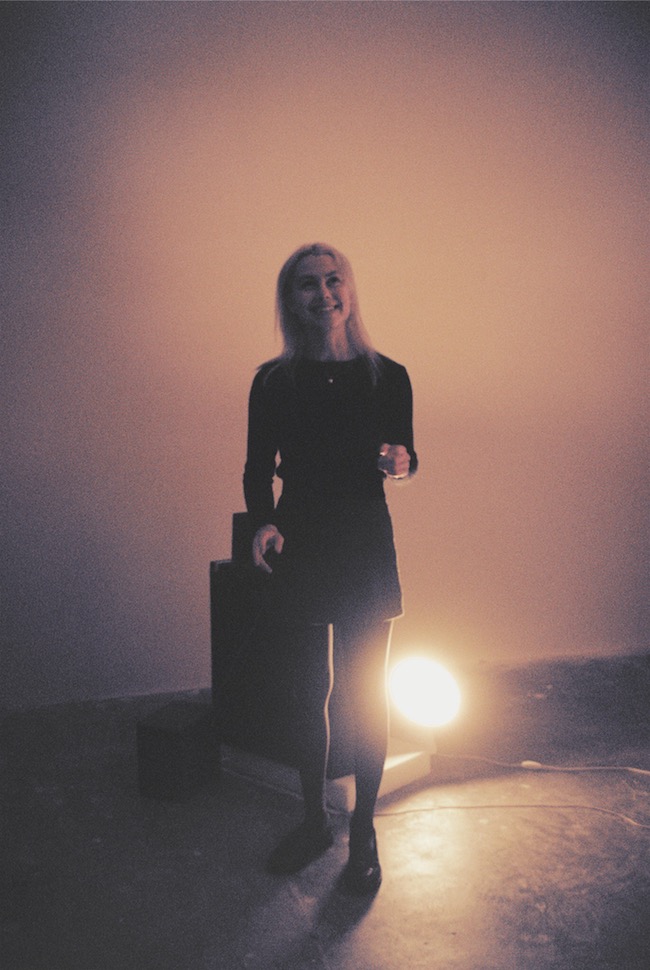 ——I love the screaming at the end of “I Know the End.” How did you come up with the idea?

Phoebe Bridgers: I think I just always really wanted to do it. Actually, it’s kind of from hearing Conor scream so much and thinking it sounded cool. I felt self-conscious that every time I scream, I sounded like Tom Delonge from Blink-182, but I wanted a really metal scream. And I told him “hey, teach me how to scream” and he was like “you just do it.” And he was right, I could do it and it was great.

——I could hear many people screaming on it.

——In that song, you sing “I’m not afraid to disappear / The billboard says the end is near.” It matches the current mood when I listen to it now, but when did you write this song?

Phoebe Bridgers: I wrote it over the course of three years. It took a really long time to write. My drummer Marshall and I started writing it together and it was a way different song… So it was from December 2016 to Summer 2019 writing it.

——What is the song about for you?

Phoebe Bridgers: Well, it’s kind of about the end of the world. I know some people who think about legacy a little bit more than me. They care about what people think about them after they died, and I don’t think it really matters to me personally. Not that that’s something to be proud of, I’ve just literally never thought about it. I just want to try my hardest to enjoy my life and not worry about later. So it’s the middle ground between doing everything you ever wanted to do before the world ends, and completely giving up before the world ends.

——Do you feel weird now that this year feels so the-end-of-the-world-ish?

Phoebe Bridgers: It does feel very weird. I think my first album coming out now would have been a lot less on topic. But it is kind of fun to have the end of the world song when the world is ending.

——I love that you mention “Tears in Heaven” and John Lennon in “Moon Song.”

Phoebe Bridgers: [Laughs] Yeah, I just hate Eric Clapton. I always have. But I love John Lennon and I feel like I end up getting into this argument all the time. Because John Lennon is kind of famous for being a piece of s**t and I get into the separating art and artist conversation too much, where people try to defend an artist’s behavior just because they think they’re amazing. But I feel like I wanted to tell everybody like, no, I know they are amazing, it’s just you have to also talk about it because it’s not just like s**tty people make s**tty art, s**tty people make great art. Like Picasso was an enormous piece of s**t. We have to talk about it.

——I hear you. Amazing artists could be jerks [laughs]

Phoebe Bridgers: It’s totally true. That sounds like the millennial love song to me where I’m trying to explain to somebody who doesn’t understand why I feel certain ways [laughs.] I feel like I’m constantly the ambassador for the Internet and for cancel culture. And it’s so annoying because I don’t really identify with so much of it.

——I love the way you tweet, too. You make such sad songs but you are so funny on Twitter.

——Also, it was nice to hear your voice on the 1975’s new album “Notes on a Conditional Form.” How did the collaboration come about?

Phoebe Bridgers: Just DMs, honestly. Matty started sending me ridiculous memes and we started messaging back and forth. And he was like “you should sing on this” and I was like “wow, I can’t imagine being so cavalier with such high stake.” He didn’t know what I was going to bring to the project, and it felt so good to have somebody put that much trust in me. Also, he didn’t boss me around at all. He’s just like “you should sing whatever you want.” He’s genuinely such a nice person and I feel like I have the same tone of surprise with it, where I’m like “wait, handsome rock stars are really nice and really funny… it’s very confusing.” But I think it shows in their music.

——2020 has been a crazy year so far. Has it been artistically interesting for you in any way?

Phoebe Bridgers: Well, I’ve had to readjust my expectations of my life, and that partly is filming some shows and doing live stream stuff that I never had done before.

——You had a virtual tour, right?

Phoebe Bridgers: Yeah, I’d never done anything like that before, so that was fun. and I’ve written two songs. That’s a big accomplishment for me [laughs.]

——What has been the soundtrack to your quarantine life?

Phoebe Bridgers: So much stuff. I really love the new Perfume Genius record (“Set My Heart On Fire Immediately”) and the Fiona Apple record (“Fetch the Bolt Cutters”) is still kind of like destroying me. I love it. And then this woman, Arlo Parks who I just got really into. She’s really cool. It’s just very hip guitar music but with really cutting amazing lyrics. Oh, also the Brittany Howard record (“Jaime”) is incredible.

——I don’t know how long this is going to go on, but what would you like to do if you could do anything right now?

Phoebe Bridgers: Oh my god, I would go to a 24-hour diner for 24 hours. Because I used to do that with my friends, or maybe not 24 but like 12 hours of sitting around with my friends. And I would definitely go to a show.

——It’s such a bummer that you had to cancel your trip to Japan.

——Do you have anything you would like to say to your Japanese fans? A lot of girls around your age are reading our magazine as well.

Phoebe Bridgers: Girls, you are right and you are cool. I think that if I could tell myself when I was younger, everybody trying to make you feel not smart is just intimidated that they are not the smart ones. Especially older musicians will hang around with young cool people that they think will elevate them in a cool way. And if you just have to know, you are the reason that the situation is cool, you know what I mean? They need you more than you need them. So, yeah, I think that’s my advice [laughs.]