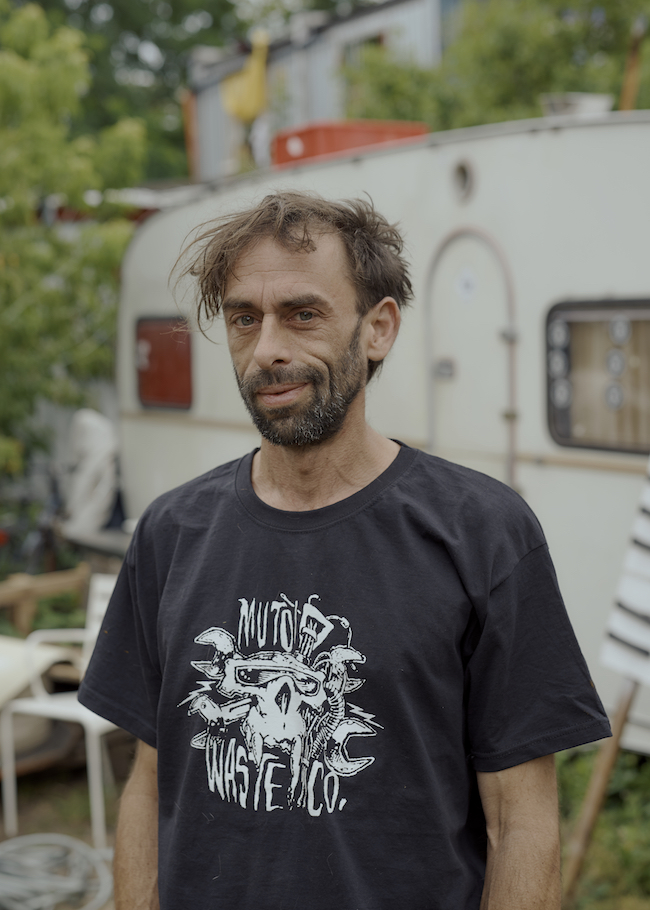 Age is just a number and there’ is no clear definition of being what is an adult and every person is different. We can’t define it, so everybody is looking for their own answers in life. 14 is a sensitive age. It’s when you start thinking about your own future, so we wanted to make a series of age 14. After the Tokyo and New York issue, we selected 15 people in Berlin who have very diverse background, different ages and professions for 14 Issue in Berlin.
Eleventh interview is with Berlin based artist Kolja Kugler. He creates sculptures and robots using scrap metal. One of his most famous creations is “One Love Machine Band”, a robot rock band and they’re playing live performances all over the world including Glastonbury Festival. We visited his studio garden and listened to his stories about age 14 and his creation.

Kolja: I was a childish teenager. I didn’t think about too much. Drugs, alcohol and parties were not important to me. My friends liked drinking back then but I had my first drink at 35. 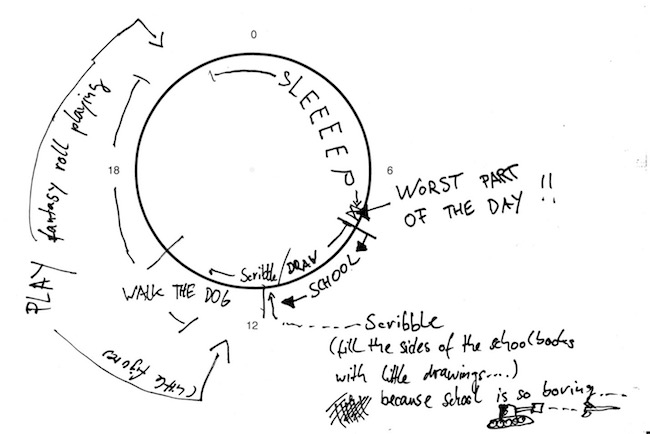 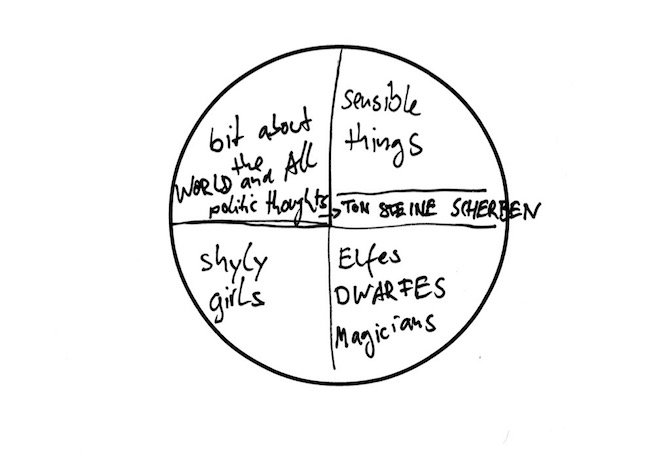 Kolja: I remember the words “Keine Macht für Niemand (No Power for Nobody)” by Ton Steine Scherben. I also remember going on trips by bycicle with my friends and boat rides.

Kolja: I had two ideas about what my future could look like. The first one was being a zoologist or an animal researcher because I wanted to do something for animals. The second one was being a vagabond because I have a strong sense of freedom. My parents also loved freedom so most of the doors would be open at all times in the house I grew up in. Nobody closed them, haha. And we were basically traveling. I think I was very lucky because they were open and didn’t put me in a cage. Then I realized that freedom and traveling are a center part of my life.

—Now you are an artist. How did you start your career?

Kolja: In the early nineties I lived in a truck at Potsdamer Platz. Now there are all those big buildings. Around the wall fell Berlin was very anarchic and crazy in a positive way. It was a waste land. Then the performance artist group “Mutoid Waste Company” moved in and became my neighbors. They had two warplanes including a Russian MiG 21 fighter aircraft. They stole them from the East German army and painted them all colorful. It looked pretty cool. I haven’t studied anything about art and I was never interested in technical stuff. I learnt it all by myself and from the “Mutoid Waste Company”.

—Please let us know about your first creation.

Kolja: There were a lot of military scraps in the beginning and I turned them into birds. I made a duck from a part of a rocket. 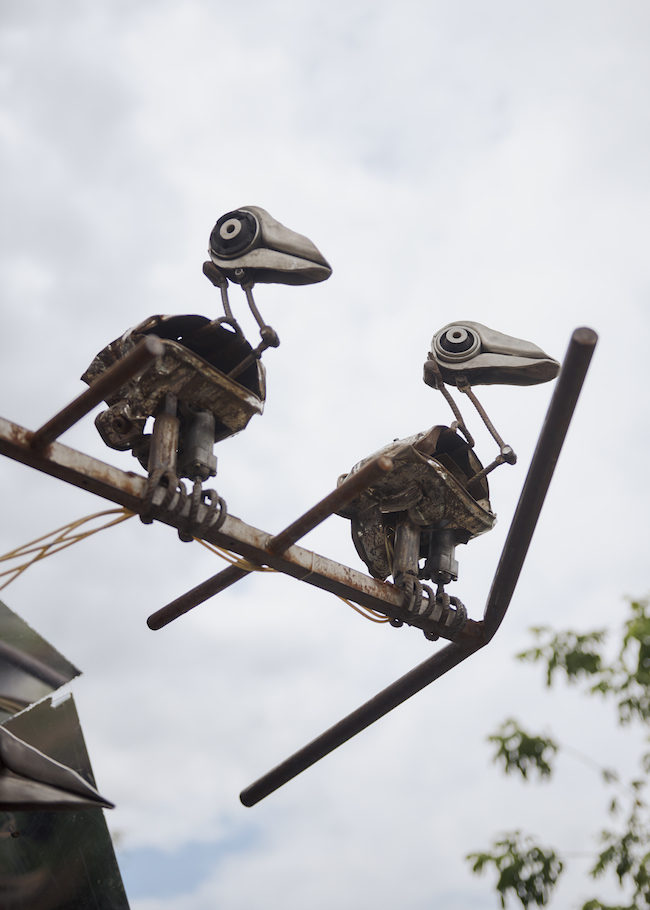 —That’s why you made many birds.

Kolja: Yes. I think birds are very defined and have a dynamic swing in their bodies.

—What good and what bad things have happened to you since you started your artist career?

Kolja: Engineering and mechanism is not easy for me. I’m not technical, I’m just a visual person. My favorite part is watching the final product and the shape of the sculptures. I started doing art by finding something so I always keep my eyes open for shapes which catch my attention. For example if it looks like an eye or a foot or whatever. Then I recombine the parts of the scrap into something new. 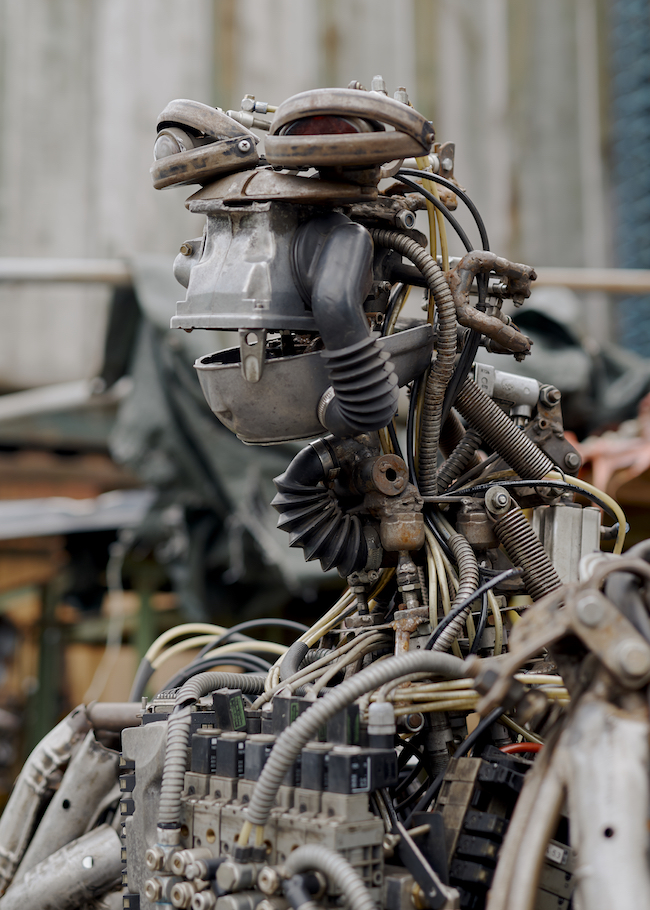 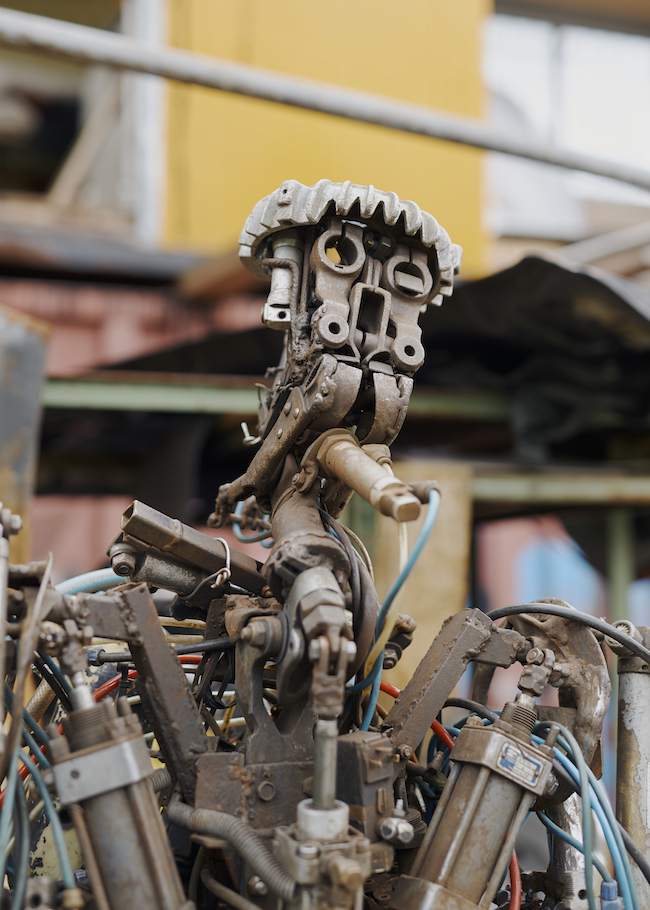 —What is a robot for you?

Kolja: To me a robot is a sophisticated machine which includes us as human beings. We’re all robots who have the highest tech on earth.

Kolja: There is an amazing book called “Die grüne Wolke (The Last Man Alive, 1938)” by A. S. Neill. He invented “Summerhill school” the freest school in the world during Second World War. They didn’t have any schedule or rules so the children decided it all by themselves. This book is very rare but I recently found it again. We had a lot of pressure concerning time and rules at school. I liked my friends in school but I hated the school system and didn’t want to go there. 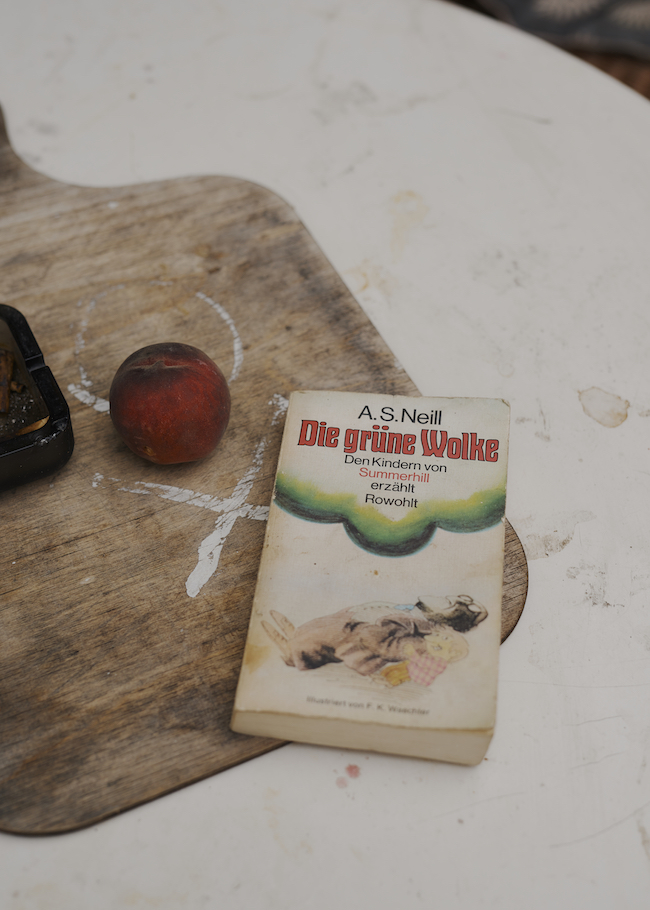 —Do you have any message to the people who are 14 years old?

Kolja: You’re responsible for the world. You have to interfere. The younger generation should have a clear view which is not getting accepted by everybody from older generations. Older generations say “We know”, “We have to tell you how it is”. But it’s wrong. Realize your own power. Take responsibility, but don’t take it too seriously.

—Do you have any news or upcoming events that you want to share with the readers?

Kolja: Revolution is coming up, haha. I hope one day before I die I would love to make a big musical circus with an art exhibition. Including a techno rave and entertainment as well. I would also like to install the Wild Waste Gallery in Berlin. To create an art space and invite some artists to the show. Of course my robot scalptures too. 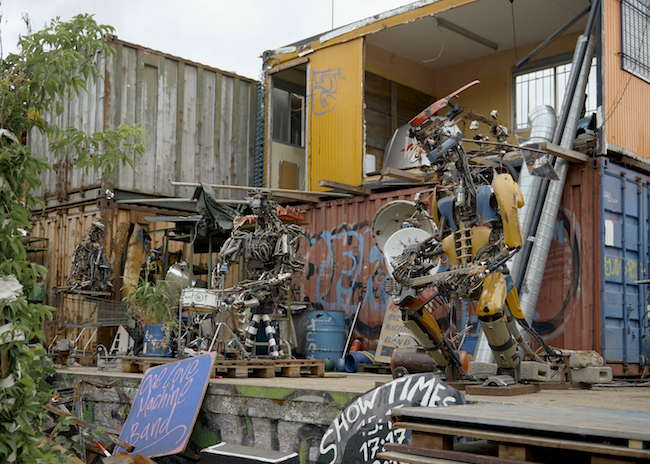 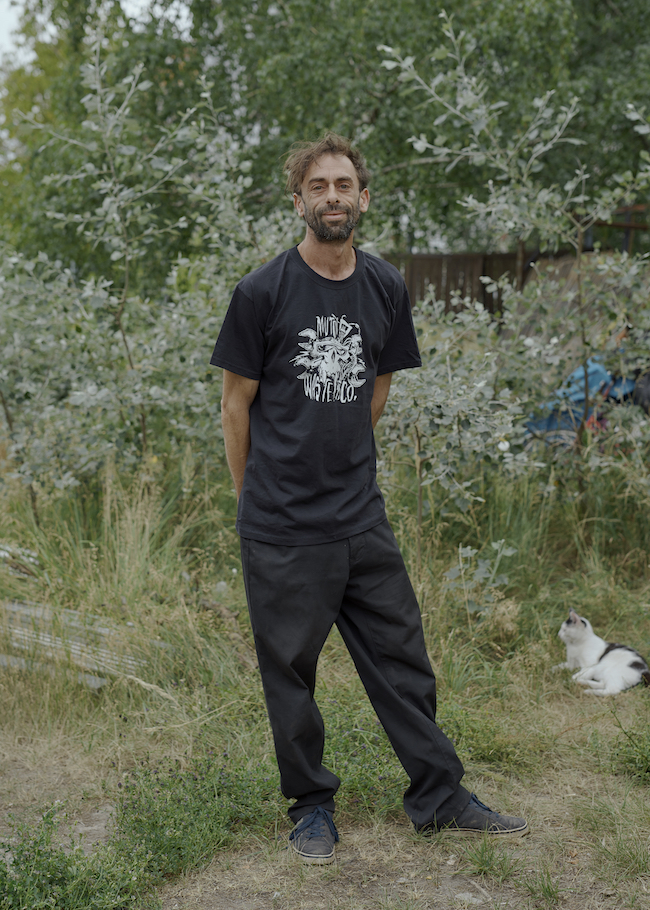