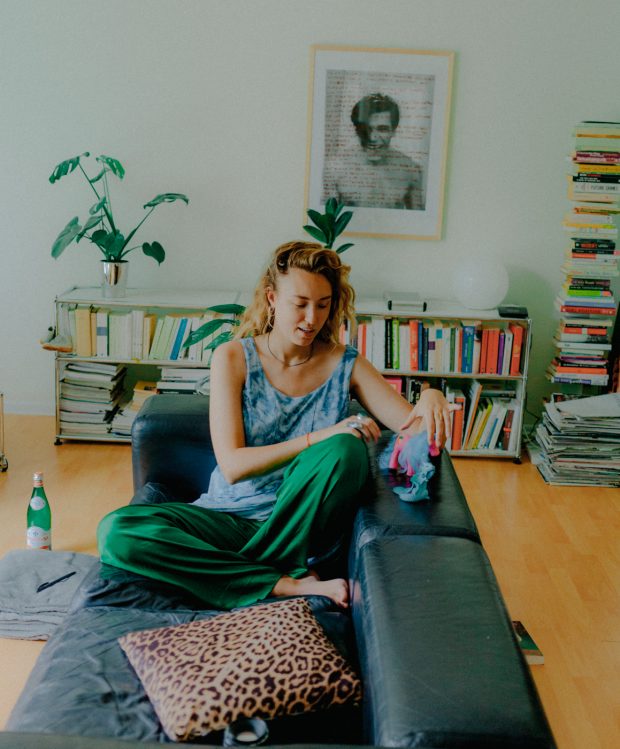 Age is just a number and there is no clear definition of being what is an adult and every person is different. We can’t define it, so everybody is looking for their own answers in life. 14 is a sensitive age. It’s when you start thinking about your own future, so we wanted to make a series of age 14. After the Tokyo and New York issue, we selected 15 people in Berlin who have very diverse background, different ages and professions for 14 Issue in Berlin.
Seventh interview is with publisher and editor Ricarda Messner from “Flaneur Magazine” and “SOFA”. She creates a new path for the independent magazine scene in Berlin. We visited her place and she started to tell her stories on her vintage black sofa.

Ricarda: I was really confused and insecure back then, probably like a lot of 14 year olds but I think also managed pretty well to hide the confusion. I was getting influenced by other people very easily. For example, my friend would dress up in a really cool way and I just tried to imitate her. I remember everyone had their own hand writing at school and I changed my hand writing every three weeks. Maria, the girl who sat next to me had the most beautiful hand writing, so I bought the same pen that she used and tried to write just like her. So much work haha. For year I always thought I don’t have my own identity but actually that’s just my identity – I love change. 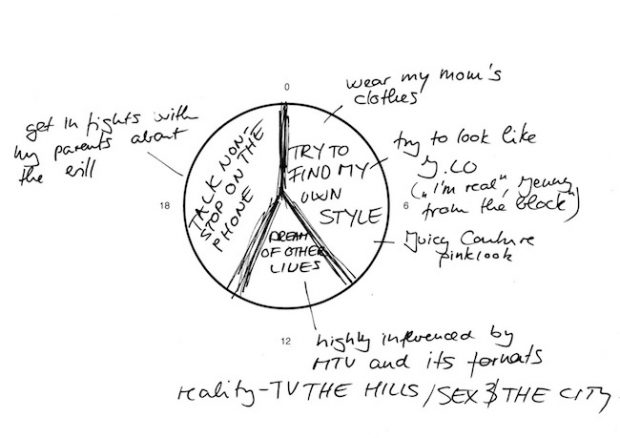 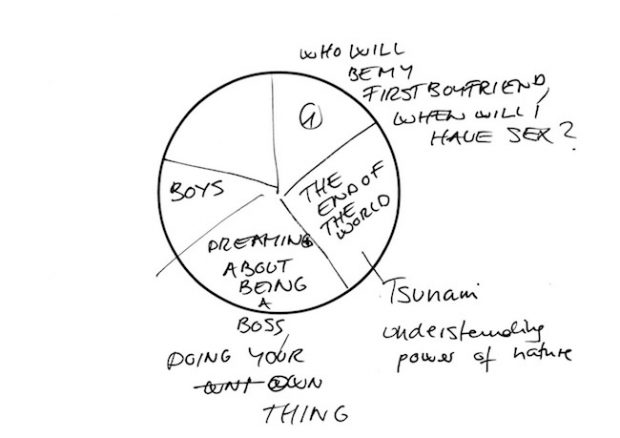 Ricarda: I had my first kiss. It was on the corner where I lived so my mom could totally see us if she looked outside. It was with my best friend back then. He was 17.

—Had you been together with him after that?

Ricarda: We tried, but in the end I think things didn’t work out. We lost touch and he always wanted to become a doctor when he graduated from school. Anyways, I had an operation last year and when I was registered at the hospital, someone suddenly shouted my name, “Ricarda?”. Nearly 15 years later, I met him again accidentally! So he did become a doctor. Also I finally told him he was my first kiss back then haha .

—Just like in the movie! What did you want to do when you were 14 years old?

Ricarda: I wanted to be a manager. I had no idea what kind of manager I wanted to be. Also my mother always told me “a manager is not a job”, haha. And I never wanted to work just to make money. I just wanted to do something on my own and have my freedom. My dad had his own company and I think that influenced me.

—So you could learn many things from your dad.

Ricarda: Definitely when it comes to the fact that when you want to start things from scratch it takes a lot of patience, talking to people and not letting “No’s” keep you down, then you have to figure out another path. 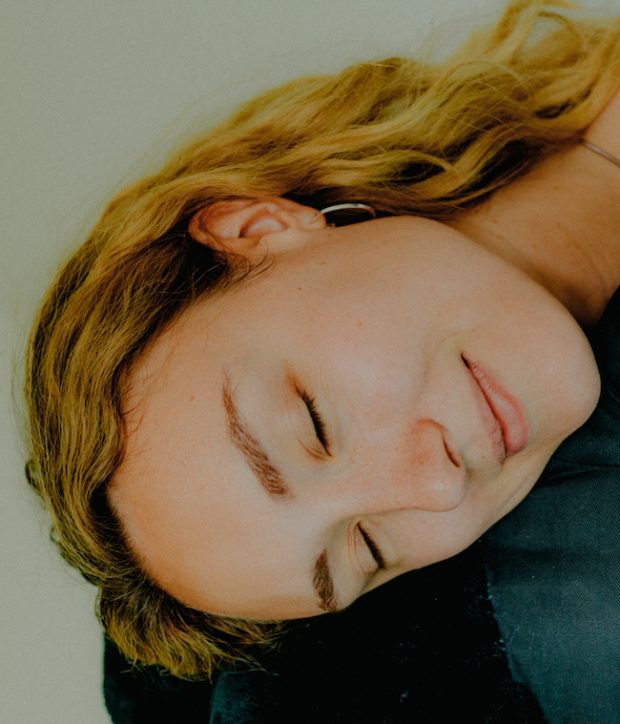 —Now you founded “Flaneur magazine” and “SOFA”. How did you start your carrier?

Ricarda: There was no plan, “Flaneur magazine” was born out of very personal reasons from a time when I didn’t feel well and was going through some mental health issues. The idea to work for somebody else actually stressed me out so much because I knew I wasn’t really stable to perform, so I thought to start my own path would be less emotional stress haha well it definitely created a different kind of emotional stress. And starting a second magazine came from the motivation of already knowing how to run a magazine, so knowing how to cope with the emotional stress when it comes to doing your own thing.

—Then you started “Flaneur magazine” at first.

Ricarda: Yes, it was a combination of me returning back home from my time in New York, not feeling well haha and mainly two movies. ”Hiroshima mon amour (1959)”, one of the greatest movies of all time and it really influenced me. There’s a line of conversation, “Looking at the things closely is something that has to be learned”. I just knew I have to apply that mentality to do something with Berlin where I was born and raised. Looking at streets closely, especially the ones I thought I knew so well was the main idea for the magazine. And to be honest I actually never really intended to do magazines. I am more first interested in the story, the concept and then deciding about the medium. In 2013 I luckily met Fabian and Grashina who are the editors, developed a concept about the radical-street-idea, Studio Yukiko came on board for the visual language, and we just went ahead and did the first issue. And here we still are, six years later launching end of August our 8th issue. 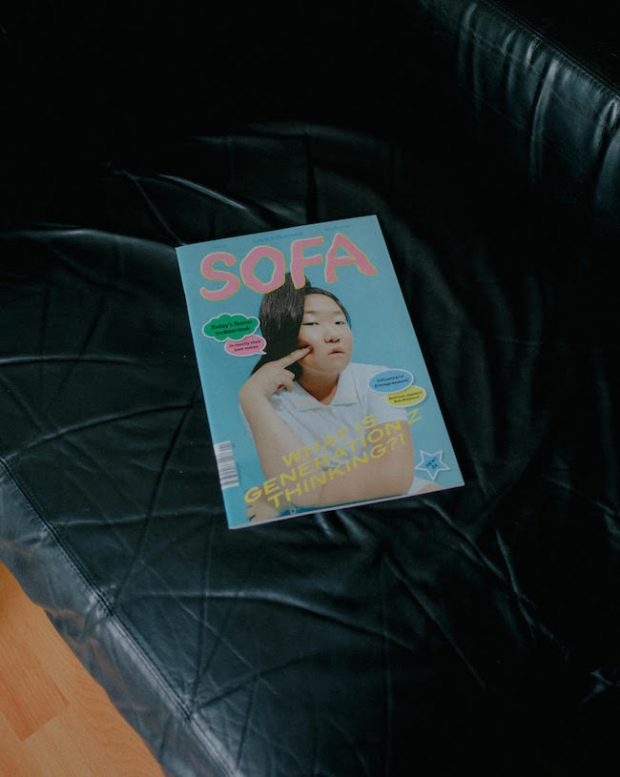 Ricarda: Our third issue of “Flaneur magazine” featured Montreal. There I met my spiritual sister, Caia Hagel. We always keep in touch and text each other nearly 100 times per day haha. I really wanted to always do something with her, to find an outlet that basically has the same vibe as our texts and conversations that range from topics from high to low culture – we both deeply believe in the intelligence and beauty of trash culture haha. So “SOFA” was born. It feels like sitting down with your friends, talking openly on the sofa about your thoughts and emotions concerning different topics. The other day the “SOFA” family said we are probably something like a magazine-service offering “cultural therapy” haha.

—It’s an amazing story. What good and bad things have happened to you since you started your work?

Ricarda: I always feel weird something is done. I really enjoy the beginning part of it because it’s still a blank card. I love to imagine and dream. So I guess dealing with the reality of things when it comes to my work is the toughest part haha. 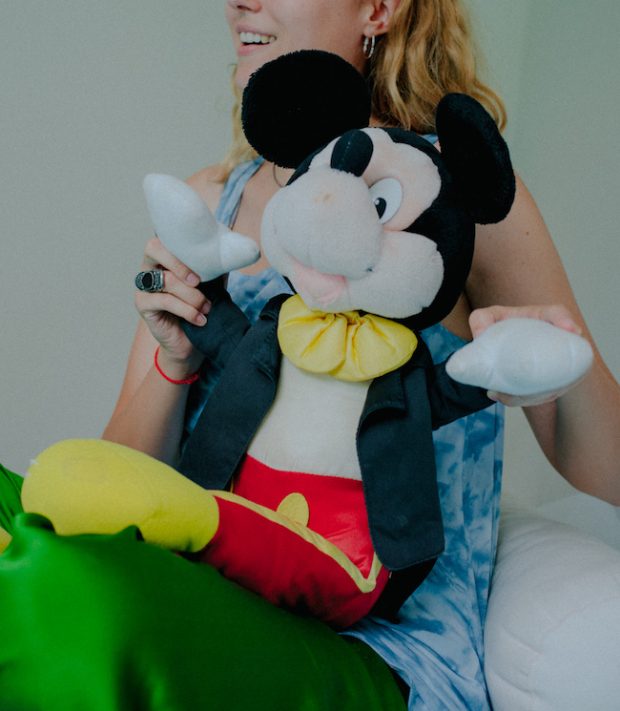 Ricarda: Reality TV. I still love it so much! When I watched “The Simple Life” I wanted to dress Paris Hilton and Nicole Richie. The whole “MTV” universe in the late 90’s and early 2000’s was big for me. I love the married life of Jessica Simpson and Nick Lachey on TV, later on “The Hills” was also super big for me.

Ricarda: Try to write a journal/diary during that time, I didn’t manage to do it and I would love to have it from that period because it is rather blurry to me and probably could serve as valuable object for understanding your early identity. For books, movies or music, on a more general note, during that time of your life, try to read, watch or listen things that make you feel understood, that you can identify with, I think a sense of emotional security around these years is so helpful and beautiful. When you get older I think you should do more and more the opposite, try to use books, movies and music to show you worlds you don’t know so you don’t remain in your bubble and develop a (dangerous) ignorance.

—Do you have any upcoming news that you want to share to the readers?

Ricarda: We will publish the next issue of “Flaneur Magazine” end of August. Next “SOFA” issue is out in late November. 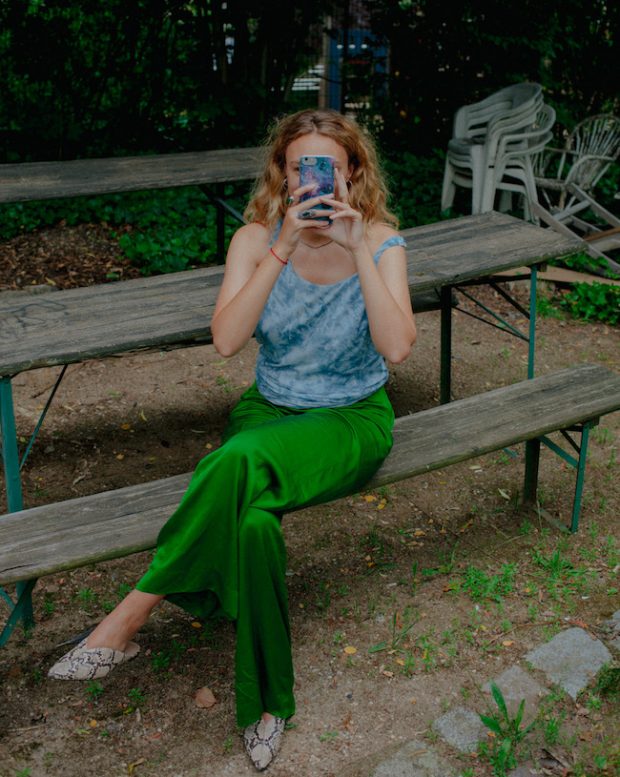 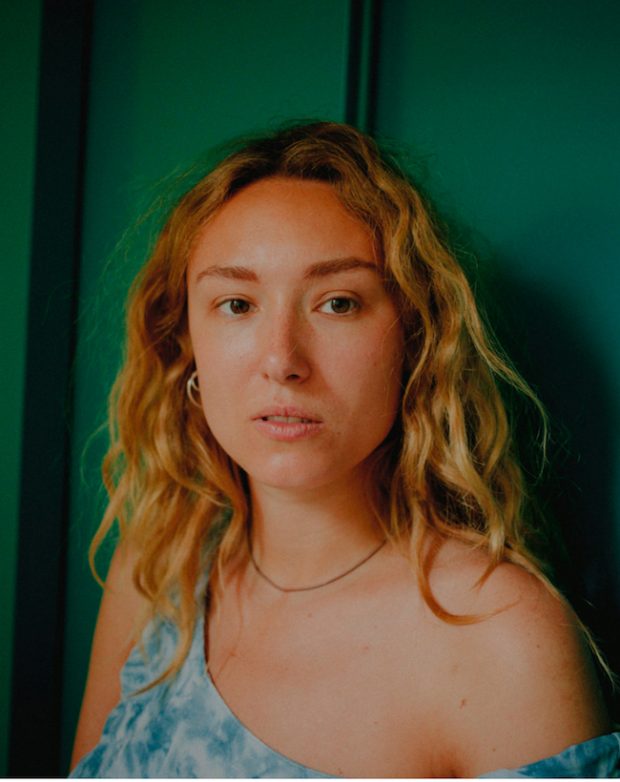