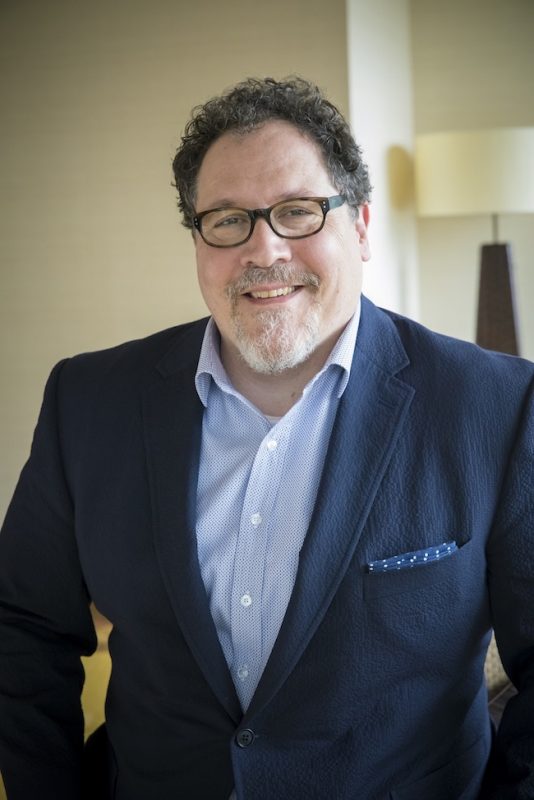 ――Perhaps it’s a question a lot of people ask you, but why “The Lion King” now? In what way did you find it meaningful to retell a story that has already been told in such a beautiful way?

Jon Favreau: I do think it was told in a beautiful way 25 years ago. But Disney has been exploring translating their classic films into live action versions, and they have been very popular specifically here in Japan. There seems to be a curiosity for people to see the story that they love told again in a new medium. Now, of course ours wasn’t a new medium, it was animation, but we had to make it appear to be live action. And so that became part of the experiment if we could take something that was animated and make it sit alongside a catalog of films that are live action, so much so that they often referred it was a live action version. But in fact, nothing you are seeing is live action at all. There is no photography.

――It was amazingly beautiful!

Jon Favreau: And the notion of telling stories over and over again has been a part of cinema since the beginning. I think the difficulty with this one is that it’s still so resonant, because people who grew up with it have seen it so many times that they know everything about it. And so we were very limited as far as what we could change without upsetting people who know every beat of it. So instead of changing the story dramatically, we changed the techniques by which we presented it, the cast and the tone. Hopefully it fits the task of making it in a different way, but in no way replacing the stage show or the cartoon.

――What was the difference between retelling “The Jungle Book” and “The Lion King”?

Jon Favreau: It’s very different. Because my memory of “The Jungle Book” was a fantastic movie but when you look at it again, there was room for improvement in the old one. And also my generation didn’t grow up watching it over and over again on videotape. We saw it a few times so we remember the song and characters, but we don’t know every single beat of the story. And “The Lion King,” these Millennials have watched it hundreds of times. They know every line and the story is great, there is no room for improvement. So I had a lot less latitude to take liberty with the story. 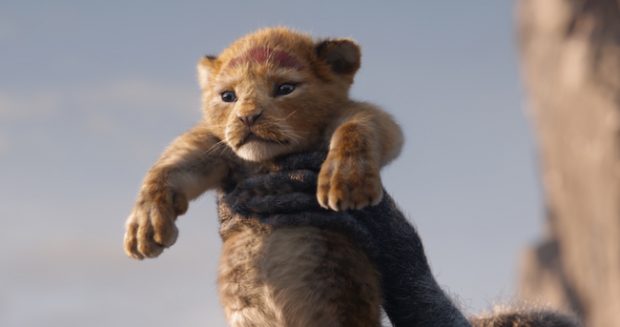 A FUTURE KING IS BORN – In Disney’s all-new “The Lion King,” Simba idolizes his father, King Mufasa, and takes to heart his own royal destiny. Featuring JD McCrary and Donald Glover as young Simba and Simba, “The Lion King” roars into U.S. theaters on July 19, 2019. ©2019 Disney Enterprises, Inc. All Rights Reserved.

――Could you tell us a bit about the voice cast? I was very excited when I found out that Donald Glover and Beyoncé were in it as Simba and Nala. And Seth Rogen and Billy Eichner who played Pumbaa and Timon respectively were great, too.

Jon Favreau: I make all sorts of different types of movies; small movies, big movies, superhero movies, Disney movies… But the one thing I think I bring to all of them is that I have a very good eye for casting, and I recognize talent in others and the potential to be really good in a role. Maybe because I was an actor, so I’m very sensitive to those characteristics. And I knew Childish Gambino/Donald Glover and Beyoncé who played the two main roles because I have kids. I was introduced to them through my kids connecting with them.

――You scored some points!

Jon Favreau: [Laughs] Yes! My son had Donald’s picture up on his wall from his album. I would listen to the music through him or if I drove him in the car I would listen to the music. And my daughters and my wife all love Beyoncé. So I had been immersed in that. I’m 52 years old now, I don’t think I would have exposed to this (without them.) And so connecting and being able to see through the eyes of younger people, seeing the world through the eyes of your children is such a way to keep you youthful, current and open-minded. And here, I was rewarded by getting to work with these talented performers who are so relevant to our culture.

――It was fantastic. I especially loved the way you depicted Nala.

Jon Favreau: Yes, how we expanded that role? Yes. 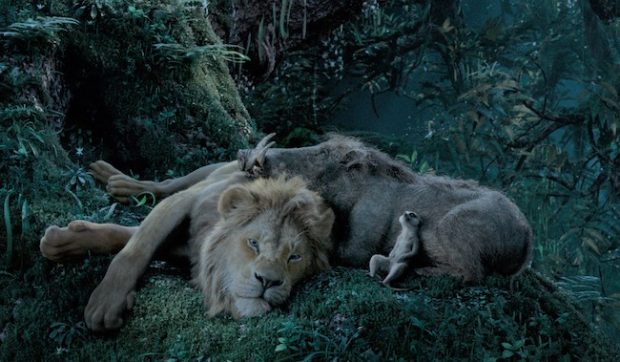 THE LION KING – Featuring the voices of Donald Glover as Simba, Seth Rogen as Pumbaa, and Billy Eichner as Timon, Disney’s “The Lion King” is directed by Jon Favreau. In theaters July 19, 2019. © 2019 Disney Enterprises, Inc. All Rights Reserved.

――As an actor, what do you feel about the film without any human character?

Jon Favreau: Well, if you are saying is competing with human faces on there, yes, that I don’t think there is any reason to replace humans with computers. However, if you are going to do animation, what a great way to capture the performance of the human, because usually, what happens is you just say your lines into a microphone. And then the animator looks at their own face in the mirror and makes choices how the actors are going to act. So you get a lot of exaggerated performances, because animators tend to do cartoon-y expressions. But when we filmed Billy Eichner, Seth Rogen and Donald Glover, we would film them on videotape performing together and let those choices inspire the animation, much the same way that you do motion captures. So you actually have a lot more control over the performance of your character.

――You are not threatened by the films without any human character?

Jon Favreau: No. I’m threatened by other things [laughs.]

――The music was also great in this film. I was really excited to hear Beyoncé and Childish Gambino singing together. You even got Pharrell Williams produce five songs?

Jon Favreau: Yeah, he was there always with Hans. He was like partners with Hans Zimmer.

Jon Favreau: He’s singing in “The Lion Sleeps Tonight” and he did a lot of little voices. So he’s been a friend of the family through Donald because he loves “the Lion King” so much. 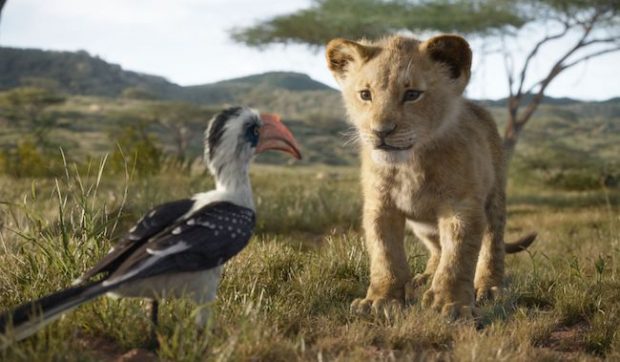 THE LION KING – Featuring the voices of John Oliver as Zazu, and JD McCrary as Young Simba, Disney’s “The Lion King” is directed by Jon Favreau. In theaters July 19, 2019…© 2019 Disney Enterprises, Inc. All Rights Reserved.

――What were you particular about making the music for the new “Lion King”?

Jon Favreau: Well, again, the music was so perfect to me. But to Hans Zimmer, they were rushed and they didn’t have a big budget on the first one. So a lot of those instruments were digital. And so he got the opportunity to come back with the full orchestra and redo all the music.

Jon Favreau: And also, Pharrell and I didn’t want to change a thing, but because Hans was around the first time, he was very open to change. When he heard Beyoncé’s new song “Spirit,” he said “we can fit that into the movie.” So it’s nice to have somebody who was there for the original to help you understand how much freedom you had, because we tended to want to be very respectful to the original. He was there for the original. He remembers how haphazard the process was even then. Even though now we are thinking of it as a perfect movie, for the people who worked on it, none of that was inevitable. It was a very difficult strange process that led to a beautiful movie.

――Did you ask Beyoncé to write a new song?

Jon Favreau: No. So she really loves the story of “The Lion King.” She had just had the twins, and she has Blue Ivy. So she is a mother and a wife and she felt at this point of her life, she wanted to connect with those themes. And so she just released a whole album called “The Lion King: The Gift” of songs inspired by the movie. I gave her all the dialogue of the film and she worked it into this album. It’s out now. It’s great with a lot of African music and new musicians. But one song “Spirit” she played for us, and me and Hans wanted to put it in the film and not just be in the end credits, but in the body of the film. 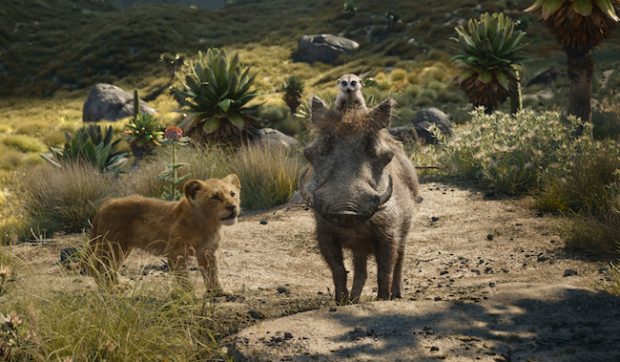 THE LION KING – Featuring the voices of JD McCrary as Young Simba, Billy Eichner as Timon and Seth Rogen as Pumbaa, Disney’s “The Lion King” is directed by Jon Favreau. In theaters July 19, 2019. © 2019 Disney Enterprises, Inc. All Rights Reserved.

――The movie even had that little “Beauty and the Beast” moment. Was that your idea?

――Things have changed a lot since the original film was released 25 years ago. It seems that the world is getting smaller especially with social media, but at the same time, the world right now is more divided than ever. I think this movie would inspire a lot of people in many ways, but what is the message that you wanted to convey through this film?

Jon Favreau: What’s nice about fairytales is that it speaks metaphorically and each generation sees different things. If it’s a good myth, it will speak to each generation differently but still have truth. And I think a lot has changed in 25 years. It’s interesting because technology can divide us and also bring us together, right? Social media brings us together because it connects us all, but also exaggerates conflict and differences. So negative things travel much more quickly, because it’s still new. 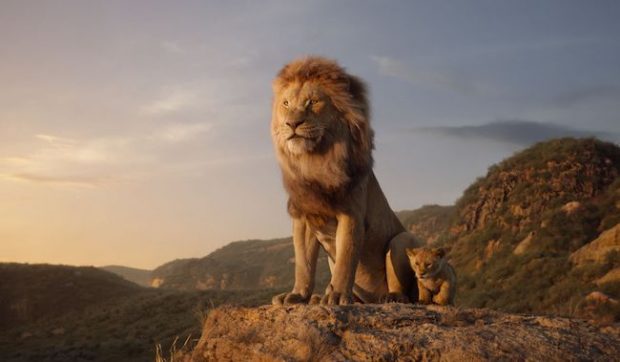 THE LION KING – Featuring the voices of James Earl Jones as Mufasa, and JD McCrary as Young Simba, Disney’s “The Lion King” is directed by Jon Favreau. In theaters July 19, 2019…© 2019 Disney Enterprises, Inc. All Rights Reserved.

Jon Favreau: It’s still new and we have to figure out how to control it differently. But hopefully, like you said, movies like this bring people together in a communal experience to look at all this technology, and it makes you feel emotional and makes you feel connected to the people around you, so I think it’s good.

――What is the circle of life for you?

Jon Favreau: I think that the circle of life is the notion of responsibility to one another and to each generation that follows us, whether it’s what we leave behind with environment or how we feel the sense of responsibility from those who came before us. And to our children to replace us, there is a sense of connection that is also what the circle of life is. Because it’s the animal kingdom, it’s not specific to any one culture, and points out a shared value system that binds humanity.