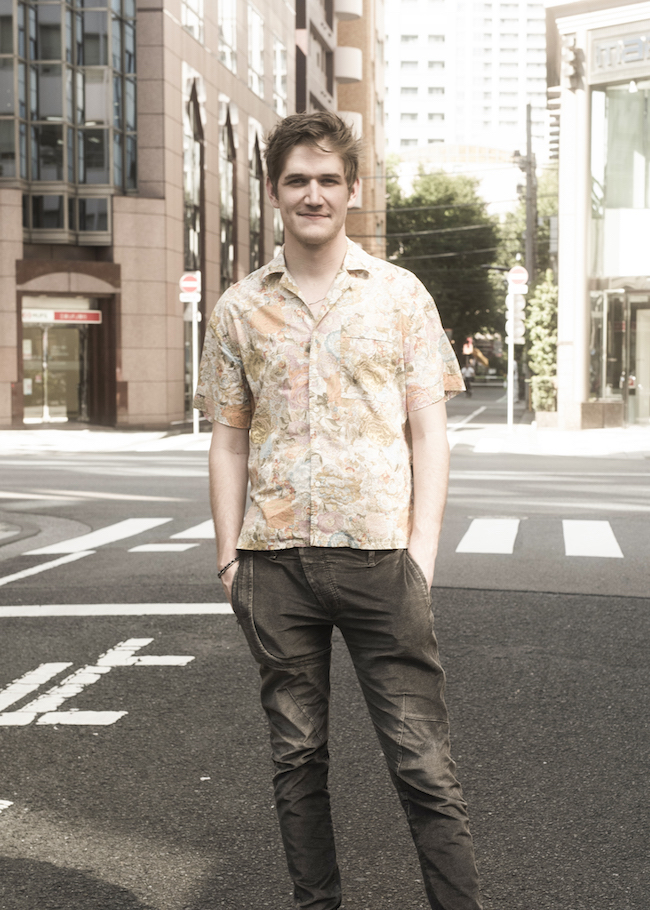 ――I guess it’s universal that being 13 is not easy, and there is even a term called “eighth-grader syndrome” in Japan. My memory of eighth grade is blurry probably because it’s not necessarily the time in my life that I want to remember. Why did you decide to tell a story about an eighth grader?

Bo Burnham: That really is it. In America, there are so many movies about high school and that age because everyone wants to remember that time. Who wouldn’t want to be 17 again? I always felt like there were just not a lot of movies about being 13. For me, my most visceral memories, not the pleasant ones, were from that time. If you made a movie that really was true to that experience, it would be a very experiential movie, which is a kind of movies I like.

――Why did you make it a story about a girl?

Bo Burnham: The choice for it to be a girl really was I didn’t want it to feel like a memory. A lot of movies about being young feel like memories, it feels like the memory of the director or the memory of the writer. And I like those stories, that can be great, but I don’t think memory is the same as what it is. We tend to remember just the good parts. We think about all of our adult problems and go, “Oh, I would love to be 13 again and not have to worry about taxes or rent.” But the truth is you didn’t feel that way that time.

――I like the fact that this movie is not too dramatic. Kayla is not bullied, but she’s just overlooked. And her mom is not around, but it’s not that every problem she has stems from that absence.

Bo Burnham: It’s really nice you said that because there are a lot of movies about young people like “Harry Potter” or something that are super dramatic. People think of them as fantasy movies, but I don’t think they are. To kids, it feels realistic. Because walking across the hall to talk to the cute boy feels like you are going to slay the dragon or something. But the idea was, can you make a movie that feels as dramatic as life does to kids with just a normal life? Because life feels dramatic to kids even when it doesn’t have explicit drama in it.

――How did you find the voice of a 13-year old so amazingly?

Bo Burnham: The initial part of writing the movie was just going online watching these videos that kids would make. And I would transcribe them, not just word for word, but sound for sound, like capture that weird way they spoke, which was imperfect and clumsy. Because so many movies I’ve seen with young protagonists, they spoke so eloquently. They suspiciously spoke like a screenwriter spoke, you know?

Bo Burnham: And what I was most interested in was, being young is failure, you are trying to speak well and you can’t. You are trying to dress well and you can’t. And sometimes movies, because they are made by writers and costume designers and production designers, everything is designed well. But a kid doesn’t know how to design their life. So the struggle of it was, how do you write someone who themselves isn’t a great writer? How do you articulate someone that’s inarticulate? So part of that was writing, but also was what I was working with actors, telling them that the worst thing they can do is do this perfectly. If you hick up, if you cough, if you miss a word, that’s good. Because part of her struggle in the movie is, she wishes she were like the girls in the movie. She wishes she sounded like all the people in movies she’d seen. 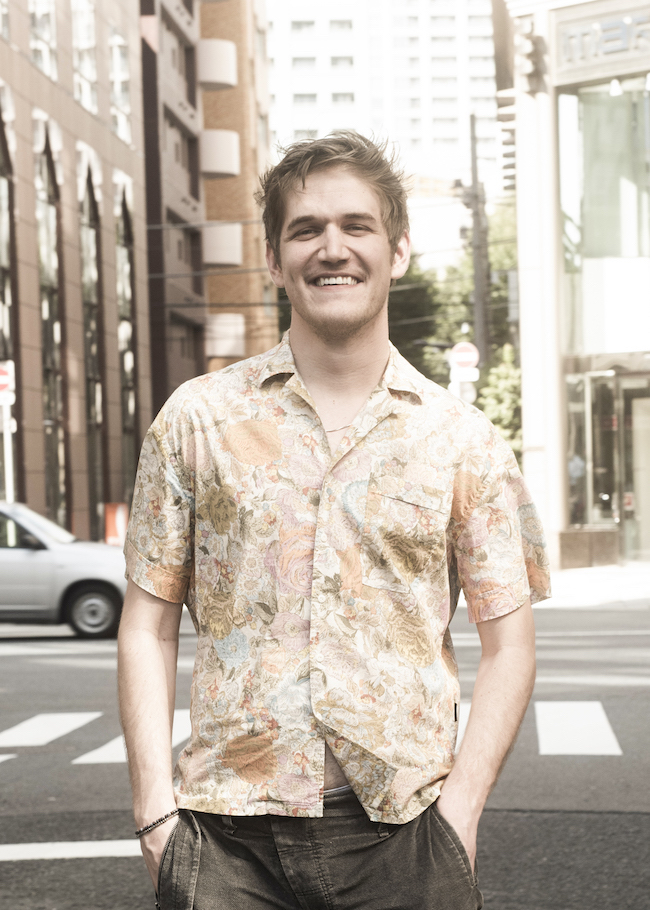 ――Elsie Fisher who played Kayla was so great and she was even nominated for Golden Globe Award. I thought she was so perfectly awkward. How did you find her?

Bo Burnham: I found a clip of her online and interviewed. Every other kid that would come in to audition, they would sit down with me and we have a conversation like this, and they would be perfect when I talked to them. They would be a little awkward. But when they acted, they would snap into this very affected, you know… because it’s so weird the kids’ had been taught to act like kids.

Bo Burnham: Exactly. And they are told to suppress everything about themselves that makes them a kid, which is they are spontaneous. If you ever talk to any 13-year olds, everything they say to you is so high-stakes because they are really nervous talking to an adult. Elsie was just the only person that was able to keep all of the energy and messiness and translate it into a scene. I can give her a scene and she could be unpolished. And I think that’s a very hard thing to do as an actor. It’s very hard to play someone that’s similar to yourself. It’s very easy to put on a cowboy hat and pretend to be a character.

――Especially at that age because you don’t want to be yourself.

Bo Burnham: Exactly! And that’s even part of the performance because in the script she is shy. So every kid would come in, they would pretend to be shy. But the thing is being shy is actually pretending to be confident. A shy kid never wants to look shy. And that’s what she understood. Actually, it’s a classic actor thing. They always say with actors, “Don’t play the obstacle.” And Elsie understood that in every scene to try to be cool. Try to appear like you have it all together.

――The relationship between Kayla and her dad seemed so real. When I saw how annoyed Kayla was in the dinner scene, I felt bad for my parents because I so remember that [laughs.]

Bo Burnham: That was the only two actors that we rehearsed with. Everyone else I wanted it to be new, so I didn’t have her rehearse with any of the kids. Because those were all new situations she was in. We ran that scene at the dinner 1000 times because Elsie had to be so tired of him [laughs.] But the thing is that as much as you would feel bad for the way you were with your parent, I think that is the job of a parent. Your job at that age is to be a punching bag. It’s actually healthy for her, because when she’s at school, she can’t raise her voice to anybody. So when she’s saying shut up to him, she’s actually saying shut up to everyone in their life.

――I’m sure a lot of people would watch this movie and goes, “I’m so glad we didn’t have social media when I was 13!” Although the movie is actually more focused on anxiety, the Internet is a big part of Kayla’s life. How did you want to incorporate the Internet into this story?

Bo Burnham: I was struggling with my anxiety, and I was sort of coming to terms with it at 25, when I had it very late in life. I just sensed that my anxiety was connected to the Internet somehow. It was just not helping. And I felt like that was the problem for this new generation. They were very anxious and the Internet was not helping them with that. So what I was most interested in was the way the Internet interfaces with our anxiety, because anxiety is just all about being in your head and trapped in your head. And the Internet is very singular, but it does a weird thing where it connects all of us but also completely isolates us.

Bo Burnham: Yeah. And you have the sense that I’m the only one faking it, and everyone else on the Internet has their shit together, and everyone mutually feels that way. But it wasn’t me trying to write an essay. It was just a feeling I wanted to write about being anxious, and my anxiety made me feel like a 13-year old. So that is why I probably went with this story.

――I think a lot of people can relate to that. When I saw how Kayla waking up to an alarm set on her smart phone or scrolling through social media before she goes to sleep, I realized I’m just like her.

Bo Burnham: That’s the thing, too. When everyone preaches about their kids and their phone, it’s like, “Well, aren’t you the same?” I don’t feel any better than her. I definitely don’t feel like I figured out how to live the Internet at all. And part of it felt like everyone on the Internet is acting 13. So 13-year olds are actually the only ones acting their own age. They are probably the ones that get it the most. I hope everyone can sort of see themselves in her experience, and not just think, “Oh, this is just a problem affecting kids.” 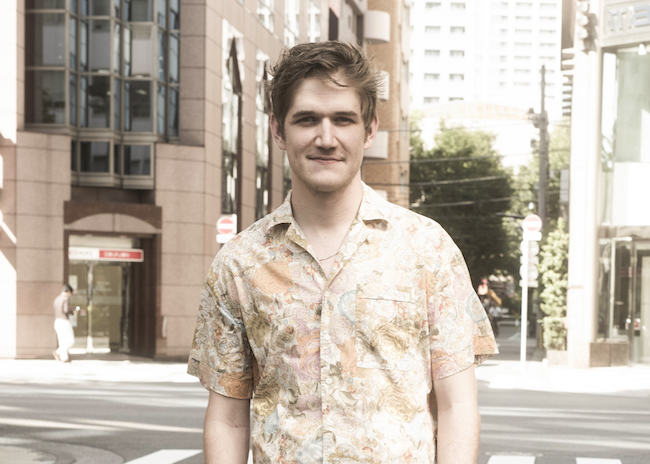 ――The scene where Elsie is alone in a car with an older high school boy struck a chord with me. Nothing actually happens, but you feel something is not right, or you did something wrong. What were your thoughts on that scene?

Bo Burnham: It’s just in writing this sort of thing started to happen and you just listen to what’s happening, you try to be responsible with it. And part of that scene was trying to portray a certain type of guy I could relate to. You know the way that sort of predatory boys are often portrayed in movies. They are very obviously predatory, like big macho guys. But something I don’t think is talked about enough is that sometimes the sensitive quiet boy who is pretty intelligent can be the one that takes advantage of you, because they understand you.

Bo Burnham: Exactly. The one that you connect with can use that against you.

――I think a lot of girls have been in that situation.

Bo Burnham: Yes. And it’s more subtle than it appears. That’s what was important about that scene to show that how messy and gray it can sort of feel. But the scene itself had to be treated very sensitively and communicated with Elsie to make sure she was comfortable. Not much even happens in the scene, and this has been definitely a conversation that’s been happening in the states a lot, is like, you can imagine six months after that, someone says “what happened?” to her. And she tells them what went on and goes, ”Nothing happened, it wasn’t a big deal.” But when you were actually there, you can realize that something violent doesn’t need to happen for it to feel incredibly violated. That’s something definitely boys don’t understand. I didn’t understand it at that age. But you can really violate someone, and particularly a boy can really violate girl’s sense of freedom and sense of objectivity and all that just verbally. Something that might not qualify as sexual assault on paper can be nevertheless incredibly traumatic.

――What would you want the Japanese audience to take home with when they leave the theater?

Bo Burnham: I just want people to feel things. They can think what they want. I hope they just feel for her and maybe see themselves in her. And the movie is hopefully going to spark conversations because it meant to have conversations. The movie itself isn’t the conversation. The movie hopefully just gives you a reference for something.

――Are you going to keep directing? What’s next for you?

Bo Burnham: Yeah, I’m working on something now. I want to do something little more explicit about the Internet, but who knows?