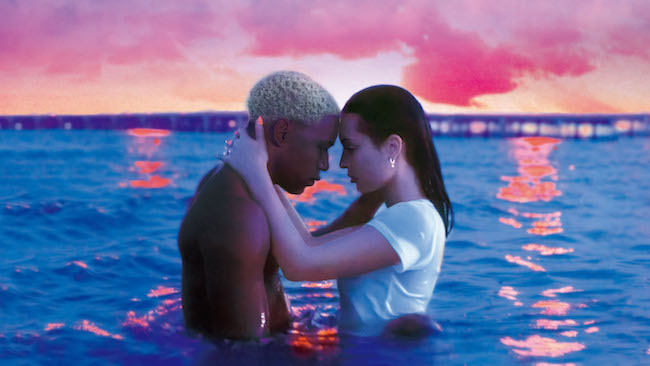 ——This movie was so beautiful and heart-wrenching. Why did you want to tell this specific story?

Trey Edward Shults: It was sort of a story that had been brewing for a very long time. I think I first got the idea when I was in high school, and it was a lot of stuff for Tyler’s story. I was a wrestler; I tore my shoulder; I went through some things like him. And pretty much from then until I actually started writing it, the movie was in the back of my brain as I was living more life. It was just building and building. And then I had the structure with a brother and a sister, and the yin and yang, and then finally, it felt like it was just ready to come out. I wanted to make something that kind of felt where my head was at emotionally, and where I was at as a human being, and just kind of gave everything I have and put it into a story. So I think it was the right time in life.

——How long did it take from the time when you first started to think about it till you actually started making the film?

Trey Edward Shults: Well, definitely over a decade. I would say back in 2012, I saw “Chungking Express” and thought it could be a two-part film where a brother and a sister on either side and connected by their family and their lovers. So, that’s when it became more solid, and it was solidly building since then. And then I actually started writing it right after my last film came out, so that would have been summer of 2017. 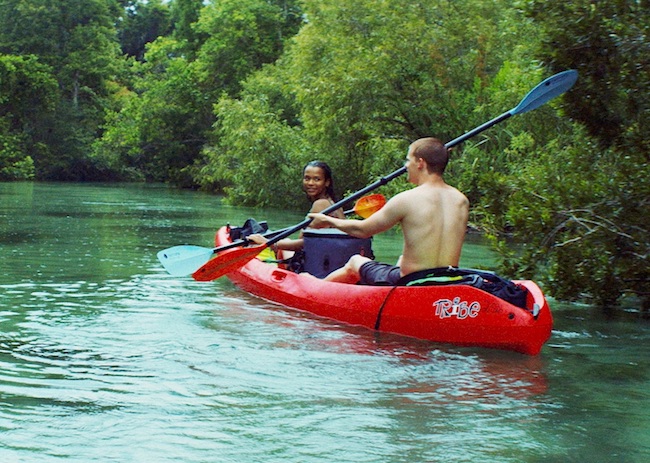 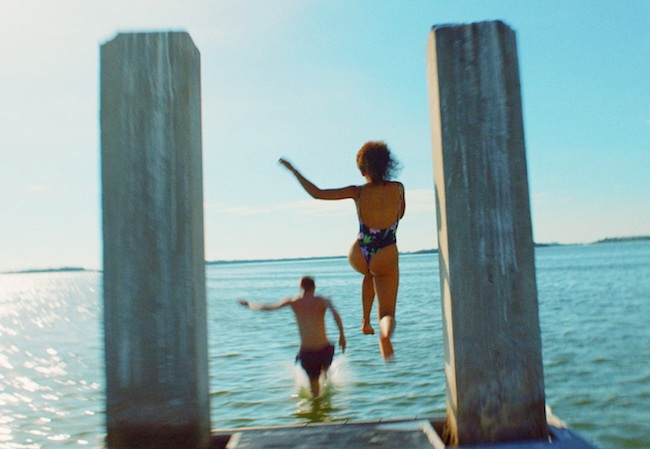 ——I understand that Kelvin Harrison Jr.’s character, Tyler, is loosely based on you, but even the second half of the film with his sister Emily felt very personal for me.

Trey Edward Shults: Absolutely. It’s kind of like parts of me through everything and parts of my family, parts of Kelvin, parts of my girlfriend. Kelvin and I sort of collaborated on Tyler’s character. And everything else, I think Tyler is more me and Emily is probably a bit more my girlfriend. But I see each of us in both of the couples and different relationships in both of the couples, I see my parents in Kelvin’s parents in the story. And the whole narrative would go from straight real life stuff to maybe a fictional part to straight real life again. So it’s so personal like, I live in Florida now; we shot in my girlfriend’s hometown. Even at the end of the movie when Luke and Emily go to Missouri, that’s all re-creating real life where my dad passed away from cancer and my girlfriend was there with me. It was very hard to do and very scary, but it was therapeutic as well. It was interesting.

——The music plays a huge part in this film. I was impressed the way we see life played out in the soundtrack, and how synchronized each song was to each scene. How did you curate the soundtrack?

Trey Edward Shults: It started with the script. Because a part of what I was excited about this movie was treating it as a kind of soundtrack film. In the vein of certain films that I love like “Dazed and Confused” where the music is bringing you closer to the character and their world. In high school, music was everything for me. I got me through so much, so I wanted the soundtrack to feel like a playlist for Tyler and Emily. So it started with the script and I had been building an epic playlist for a long time. And as I was writing, I would just bring in the songs that felt perfect with either what they are about or rhythmically or everything else. And I basically put all the songs in the script, and within the script you can play it and hear the music just to get across how important music would be for the movie. I’d say probably within the final movie is, 85 percent close to what was in the original script. I’m just so happy and blessed that we have the soundtrack that we do.

——How did you get Trent Reznor and Atticus Ross work on the score?

Trey Edward Shults: I was very blessed. I got and email one day that Trent Reznor was a fan and wanted to meet… probably one of the coolest emails of my life. I jumped on the plane and went to LA and met Trent and Atticus. Trent basically said he loved “It Comes at Night” and he watched “Krisha” and he loved that, too, and he would love to work together. And I was writing “Waves” at the time, so I told him I was writing something and I’d send it to him when I have a draft. And I sent him the script, and I was terrified when I sent the script. Because it had like 40 to 50 songs embedded into it and nothing was Nine Inch Nails [laughs.] So I didn’t know what their reaction would be, but they loved it, and were super excited to see where and how score interacted with the soundtrack. And yeah, they were in, and it was amazing working with them. It was an incredible experience.

——Their score was so amazing and intense. I think I’m going to remember the music every time I get an MRI at the hospital from now on [laughs]

Trey Edward Shults: [Laughs] I love it, I love it. 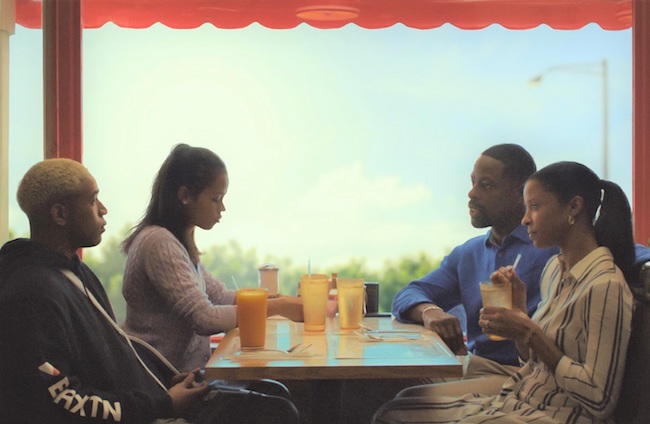 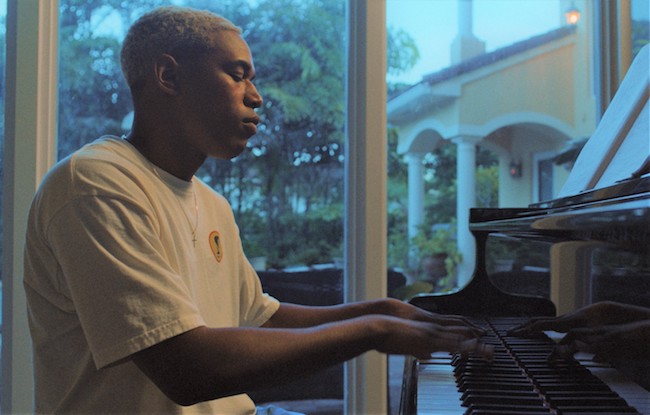 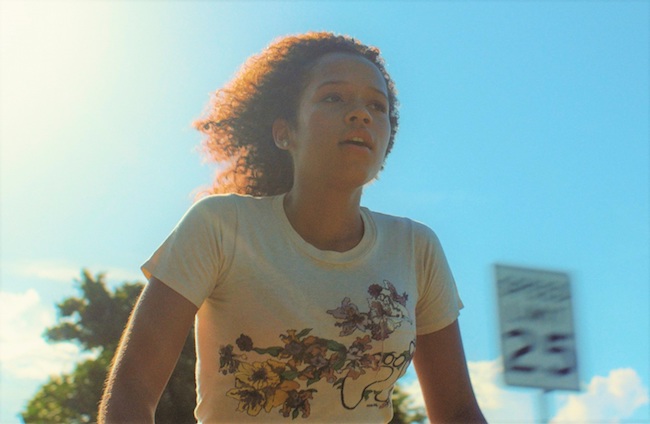 ——I wish I could watch this film when I was in high school. How was the reaction from the kids in Florida?

Trey Edward Shults: It has been truly incredible. Their reaction could be really humbling to me and beautiful. We did a little sort of a festival and screening tour, and I had some of the coolest Q&As of my life. I remember there was one kid who was getting emotional while he was talking with the mic. He’s been holding all this stuff since he lost his best friend, and he was talking about how the movie made him want to talk with his dad about what’s going on with him and try to have a deeper relationship.

——What would you want Japanese kids to take home with when they leave the theater?

Trey Edward Shults: I would like them to bring whatever they want. I think this movie has a lot going on, so I hope it means anything to them. And that goes to the title, too. It means different things to different people. It can be about highs and lows of our lives, and how we are all connected to that. We are all on this crazy journey, so I hope different people take away different meaning.