Interview with SebastiAn about “Thirst” 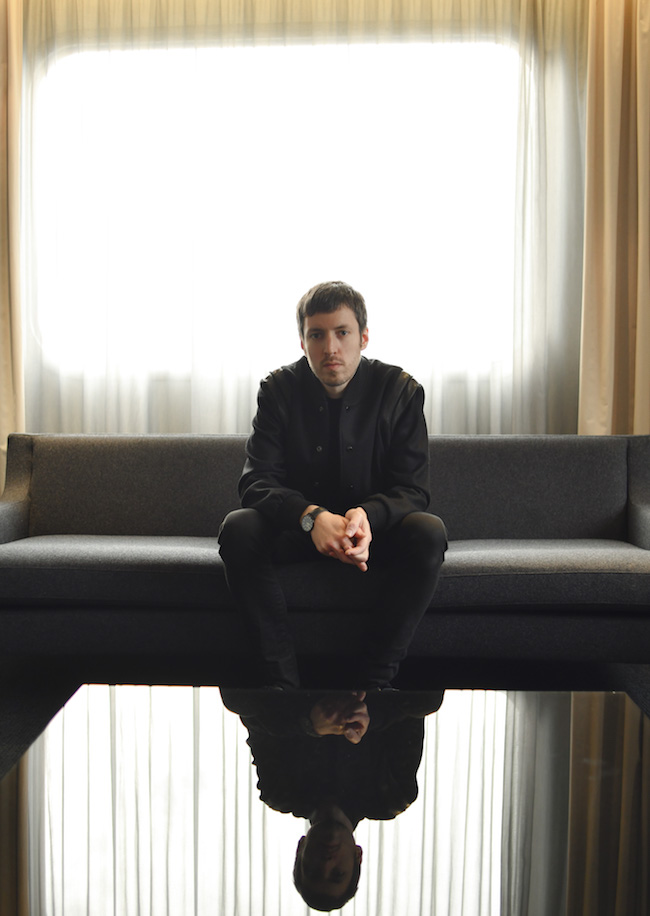 ーーYou’ve now completed your second album Thirst. Please tell us about how you got to start recording this album, as well as what inspired you in the process.

SebastiAn : I started this album approximatively 2 years ago. I was producing the Charlotte Gainsbourg album and participating to the production of the Frank Ocean “Blond” Album at the same time. It’s in the middle of those two musical worlds that emerged the need of doing a new album. I was traveling a lot cause of all those productions and I met many people cause of it. The collaborations with all the artists I met gave me the impulse of creating a new project.

ーーCompared to your previous album Total, what would you say is different about this album? There has been quite some time between the releases of these two albums, and so has your creation process or motivation changed in any ways?

SebastiAn : I kept the same energy and the same needs as before, it doesn’t change since the begining. The lonely change is all the things I learned from the artists I pro-duced during those last 8 years. Humanly and musically.

ーーAs far as listening to “Sober” and “Better Now” it feels as though there is a rich variety of sound, but is there a general theme or concept for the album as a whole?

SebastiAn : The concept of the album wasn’t fully conscient during the process of creation, but something in my minds was about to express all the musical aspects of my era. Kind of a delirium about the musical world I was being in from the first al-bum to now.

ーー“Sober” feels like it has a touch of trap, while towards the end it builds up dra-matically with excitement which was very intriguing. What sort of thoughts and hopes did you have in creating this track?

SebastiAn : It came naturally. Especially when I met Bakar. A bridge between France and UK. Something going from the French production to the British house “tradition” in a way. When Bakar arrived in my studio, we felt the same natural feeling on this track. We didn’t think a lot during the recordings, it literally came in the hour.

ーーYou have Mayer Hawthorne featured on “Better Now”. You made great use of his sweet and tender voice, along with the melancholic and psychedelic atmosphere you created. Could you give us a comment about the background of this tune as well?

SebastiAn : I know Mayer since my first album when he sang on “Love In Motion”. He be-came a friend since I met him 10 years ago. I always loved his work, even before knowing him.
I was in L.A., his town, when I got this melody that I wanted to show him. He gave me a meeting in a Bar in the city. We started to talk as friends do, but his eyes were in an other direction. I didn’t understand directly but I suddenly discovered that he was kind of obsessed by watching a beautiful woman which was on my back in the bar. He looked like “in love”. I told him to go to say hello to the girl, but he suddenly left and told me “definitely no ! Common, we go to my studio”. We arrived and he directly wrote some lyrics about this girl on the track I was just bringing him. He preferred creating a song for the girl than going to see her. That’s “Better Now”. It was so sweet.

ーーAnother characteristic of this album is the numerous collaborations with musi-cians such as Charlotte Gainsbourg, Sparks, Syd, etc. How did you come about choosing who to collaborate with? What was it like working with them?

SebastiAn : It’s a balance between some artists I met by chance (like just being in the city of the artist and falling unintentionally on him) and some artists like the Sparks that I really wanted to meet. Nothing was really calculated. I literally worked with people and human being I really like.

ーーYou also featured the Japanese rapper Loota in your song “Sweet”. Could you also tell us how this collaboration come about, as well as how your experience was collaborating with him.

SebastiAn : I have a friend in Japan called Kiri. He is a close friend of the Ed Banger Label. One day I travelled to Tokyo for a show, and I asked him about this artist I dis-covered on internet. It was Loota. I really instinctively loved the way he was us-ing the Japanese langage and sonorities in his flow. Kiri gave me his mail, and we started to work together on this track. Then He called me when he came to Par-is. He came home and we spent some time in my studio. I want to keep in touch with him and collaborate more. 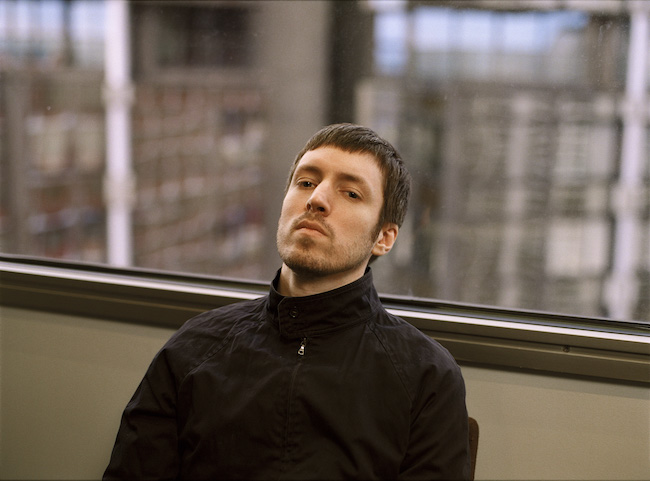 ーーPlease tell us about the album artwork. The last album you were kissing, and this time you are fighting. There seems to be some sort of story being told.

SebastiAn : The first album cover was about me kissing myself cause I thought fun to put something the most egocentric and narcissistic ever in front during the time when Facebook was getting big. All the egos on internet were starting to grows. 8 years after, we have Instagram, Tweeters etc… the social media became enormous. And I wanted to represent an evolution of the first album carracteer, like somebody who loved so much himself that it returned against him. Like the social medias became.

ーーDuring the production of this album, what was something you felt that was most excit-ing?

SebastiAn : Not repeating myself. Trying to find some new ways to express my music.

ーーThrough this album, is there a message that you would like to address to the lis-teners?

SebastiAn : I don’t like to give too much my point of view about the music, I want to let the people judging by themselves.

ーーYou have worked on the collection music for Yves Saint Laurent. Could you tell us how you came to work on it?

SebastiAn : I arrived when I was finishing the Charlotte Gainsbourg Album. She’s connected with the Yves Saint Laurent fashion brand. Anthony Vaccarello, the Artist Direc-tor of Saint Laurent asked me to try once to make the music of a show for him. I proposed to create entirely the music for the show and the clothes, instead of using all ready made tracks. He was happy about the idea. We tried once. And cause it worked, we just continued to work together. So I did all the music of the YSL show since almost 4 years now.

ーーWhat is difference of your own music and collection music?

SebastiAn : Making music for a show is like making the soundtrack of a movie. Except that you only have 3 days to compose everything ! But this something that I love. It’s like a challenge to produce everything in such a short time, but you can see the result existing almost at the same time as everybody is discovering it at the show. It’s very exciting.

ーーHas the creation of Yves Saint Laurent affected your music in any way? If so, what aspects do you feel you are affected from?

SebastiAn : Cause the time of production is short, it helped me to be way more instinctive. Not to being stuck in the sound without knowing how to finish it. It’s easier to say “ok, it’s done” to myself since this shows experience. 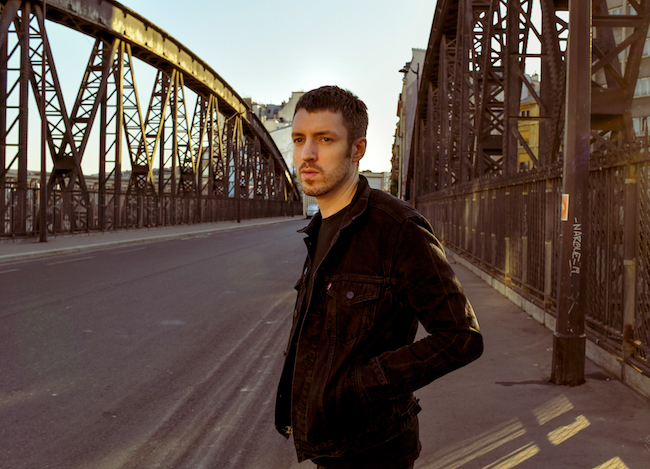 ーーWhat are some of your plans for the future? Both for SebastiAn and for other projects, can you tell us anything about what sort of projects will you be work-ing on, or would you like to work on?

SebastiAn : I still want being surprised, even being lost in the sound sometimes in a positive way. I still want to meet many people, artists, in every directions, I still want to learn, creating, finding so new way to produce, for me like for the others.

ーーCould we have a message for your Japanese listeners/fans?

I will come to play as soon as I can. Japan is one of my favorite country in the world. I love you guys ! See you soon. 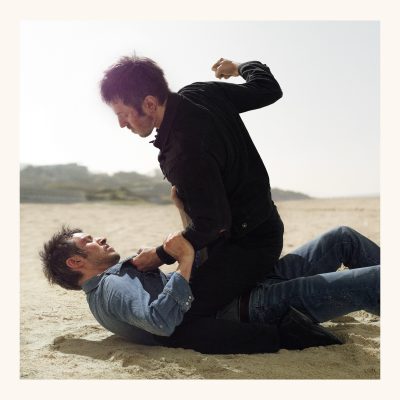