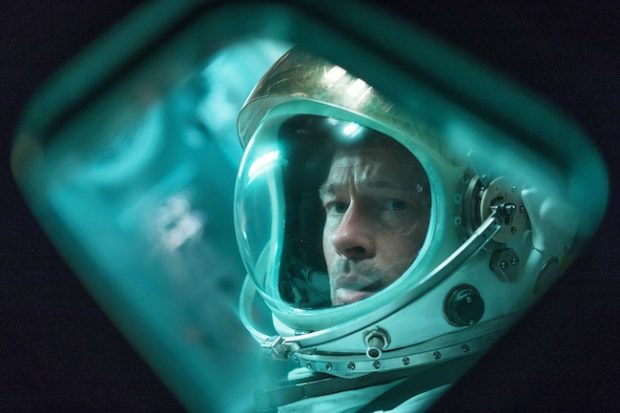 ――You were not only the star of the film, you also produced the film and played an astronaut for the first time in your life. What was most challenging on this project?

Brad Pitt: First of all, I just want to say thanks for the welcome. It’s great to be here, I love being in Tokyo. It’s really special to be here. I just appreciate all the kindness I’ve received since being here. Thank you.

Producing and acting in the film—it just means more responsibility. It’s all part of the story telling aspect of movie making, which I enjoy very much. But with producing hat on, we come in earlier, we help to put the piece together as far as all the players, put the team together, being a collaborative sport. There are always challenges in launching a film. The actual production side of thing, there is always things to go wrong. You are an actor by day and producer morning and night. And of course in the end, putting the things together, which is always a bit of a Rubik’s cubes, as far as music and editing, what the final film is going to play like. But the hardest part was doing it all in the space suit.

Brad Pitt: The only reason I hadn’t done one to date is mainly because the genre has been done so well. I was waiting for something different that can be worth adding to the genre, which I found with my friend James Gray. But it is, in the end, a bit of a Peter Pan-like stage production, hanging from wires in this big bulky suits, so that took a bit of training going into it. In fact, what the stunt team has us do is spin, spin and raise us up and pulls us down and keep spinning, and find out where our threshold is before we get nauseous. So we have to go too far to understand how far we can go on set.

――This is such a massive backdrop for the story, yet it depicts this one man’s journey in a very subtle and sensitive way. We heard that you might be saving how much acting you will do in the future. What are some of the projects you would like to be involved in as a producer? And what is your dream in the future?

Brad Pitt: First of all, to answer your first comment, this was James Gray’s design that we couched the film with these incredible set pieces. But ultimately the film is as you said, a journey, a kind of Odysseus journey of self-discovery. It is actually a quite difficult task to pull off and I’m proud of it for that reason.
And to answer the second part, I’m going to keep doing it just like I do it for as long as they allow me to do it. That is just to focus on interesting stories that speak to us and speak to our time―this has always been my focus. It’s been what I’m drawn to, complex stories, and whether it’s more producing or acting, I’ll still keep doing it the same way.

――As a producer, what did you do to bring out the reality of the space?

Brad Pitt: This was by design, really the credit goes to again James Gray and our cinematographer, Hoyte van Hoytema. Of course we have to rely on CG work because we can’t travel to Neptune. But they were very intent on doing as much as they could old school, meaning what they could get in the lens as far as effects. Their argument for this is that because they are natural effects, they are something we accept as true, so therefore it’s more believable. By that I mean optical flares and lens or the way they achieve the blackness of space especially from the moon. It was a big blend between what we can do in analog old school way with CG work that we can get today. And I think they were right that it leads to more visceral experience that we intuitively believe this true versus a complete CG look. 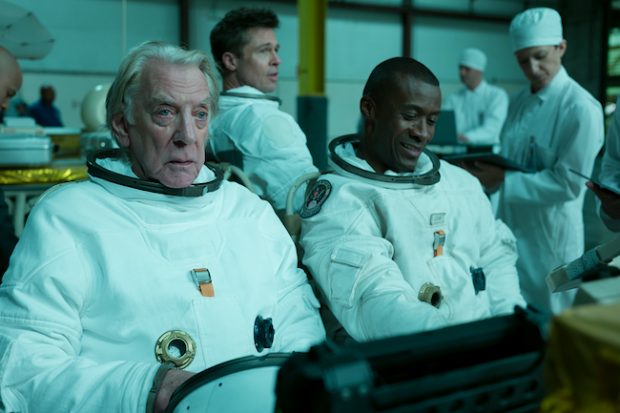 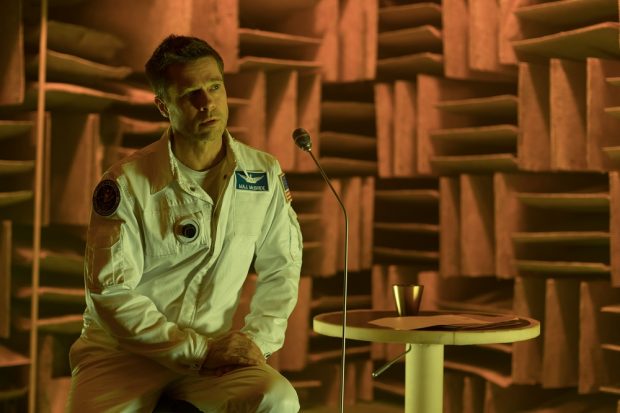 ――You have been to Japan more than ten times. Where would you like to go during your stay this time?

Brad Pitt: I planned a big trip prior because it’s usually condensed for work. And then we were going to come early and because of the typhoon our plane’s got canceled. But on my list, this round, is I still want to get out to country. I still want to get out to Kyoto. I want to see the gardens and the old architecture. And I really want to see the ancient bamboo forest. I want to go where they raise the koi fish. I really want to see this. This is my own personal thing. I love the culture so much. I have so much appreciation for the artisans. I love the people dedicate their lives to the craft. I love the quality. You all seem to do so much better than we do, from the food to the jeans to the crafts. I’m really impressed and drawn to the way you do the things here. I’ll talk about the kois for next hour.

――This film is set in outer space, yet it tells a story about the issues that we all deal with, about self identity and self discovery. Why did you want to tackle these issues in such a huge vast environment?

Brad Pitt: The film is structured in kind of an Odysseus search for self. I think space represents those mysteries of ourselves―just that loneliness. And I think that is why it works so well metaphorically as the backdrop for someone who has reached the point in his life, where the life that he’s constructed is not working for him any more. And he’s really questioning his meaning, his value in the world, his value to himself, and has to go out to the farthest reach of the solar system to really confront those issues of loss and regret and self-doubt, those things we carry through life and are usually very good at burying. In our film, he has reached to the point where he has to confront those, if he’s gong to go forward. What I think I love the most about film is that it has the ability to illuminate our struggles, what it means to be human. And that’s true for comedies, too, to laugh at our existence. I think that is the real power of film, and why I’m drawn to them.

――As a producer, why did you decide to play the lead yourself? What is the ideal director?

Brad Pitt: I’m old friends with James, the writer/director. We’ve been friends since the mid 90’s and we’ve always talked about doing something together. I only get to do one film a year, so it really depends on how things line up and this one lined up at a time when… this was on my mind, the subject matter of this film. For me much as anything, it’s more important because film is such a commitment, who I spend that time with and I believe in the story that I’m trying to tell. What I look for in a director is, I’m always looking for a point of view. When I sit down with a director for the first time to talk about a project, I’m listening to hear their personal point of view. Is it strong enough? Is it original enough? Does it point us in an interesting direction? And when I hear that I know I’m in good hands to go on that journey.

――When you were a little boy, did you ever want to become an astronaut? And if you did, how does Roy satisfy the child in you?

Brad Pitt: I don’t remember having childhood desires to be an astronaut. I did have a desire to be an explorer, even though most of the earth had been explored so that doesn’t really make sense, does it? But I mean spaceship… you know the child in me likes spaceship. I once had my pilot license, so to be in a cockpit flipping buttons that’s even at my age, it’s good kid vibe fun.

――I’m steady, I’m calm, I slept well, I didn’t have bad dreams. Now it’s time for you to have your psychological evaluation. We want to hear it.


Brad Pitt: I’m jet-lagged, I’m hungry, but I’m not going to bed because I want to go out to see more of the city. 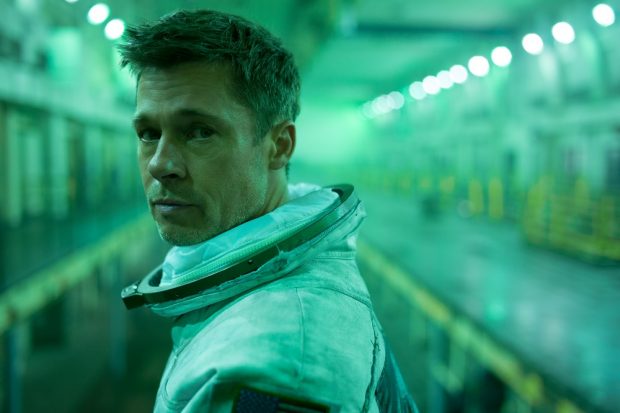