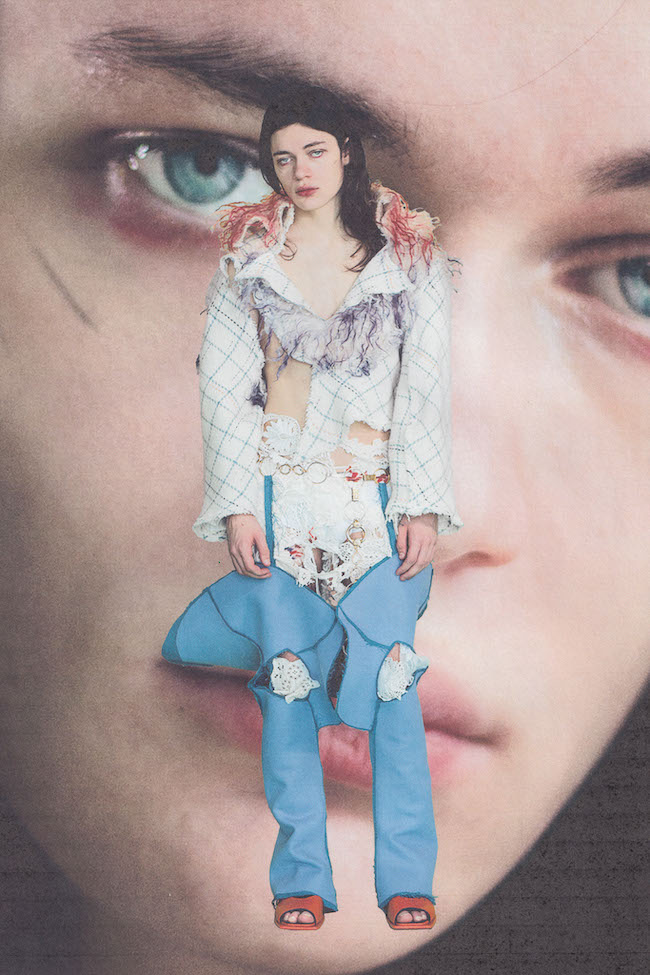 ーWhat was the reason you decided to take MA in fashion design?

Sól : I was in London and I actually moved there for work and experience within the industry. So when I saw the application opened I thought it was a shame not to apply since I was already in London. I just like to rather do stuff and fail than to not and regret it so I thought I would! I never dreamed of getting in actually because I was coming from a BA study in Iceland and had absolute no connections at all. First time I walked into the buildling was when I got that interview. Anyways I think I maybe wanted to prove myself, I wanted sharpen the tools I already had and get an intensive feedback on how to improve my point of view even more.

―Did you feel limited doing your final collection during the lockdown?

Sól : No I love limits. I thrive in having to be resourceful and having a framework that almost constrain me, because that‘s when you are forced to think differently and something magical comes out that wouldn‘t if you would have everything like you wished. Also I took an autonomous decision on staying in Iceland and doing the collection from Reykjavík. Which worked out well for me. I am such an introvert and I thrive in creative thinking when I’m alone. When I have access to nature and can go swimming I’m in my element, I had all of that here. 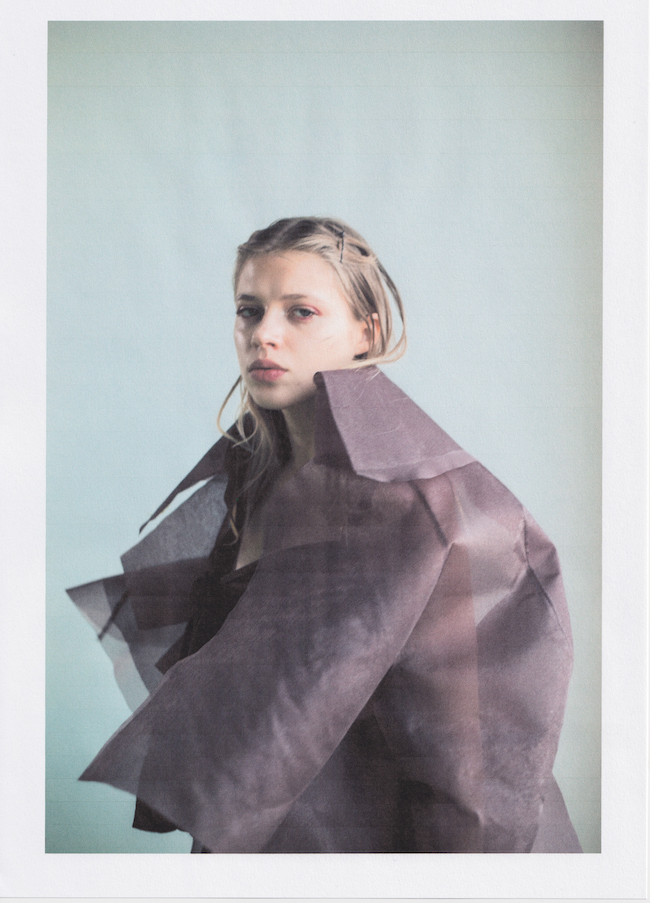 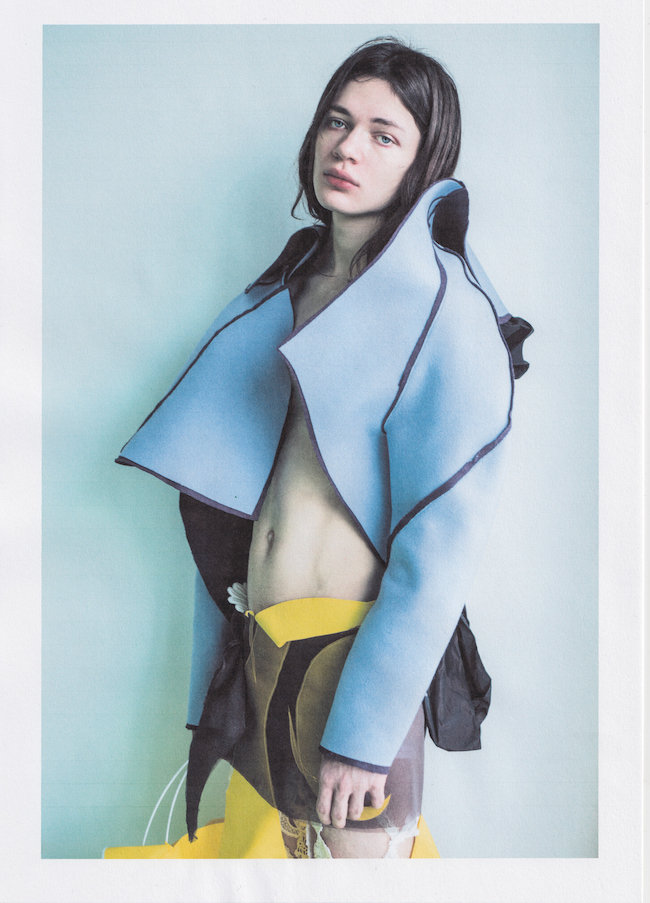 ―How do you think doing a MA course during the pandemic prepared you for the industry? Do you think your creative process changed throughout?

Sól : I think it gave a very brutal and honest perception of what it will be like when you graduate. It will be quite isolated at times, a lot of work online, meetings and emailing. So I think it prepared us more than it would have if we would have stayed in the studio and without the support from the team there at hand all day long. Having to be super organized, clear point of view and communicate it well. I think it absolutely did. My process as always build around a concept so it changes a lot between projects, so there is no surprise it did now. But I don’t think I would have come up with the same process and way of working if I had not been in isolation in Iceland.

―At Central Saint Martins, what were two classes that changed your design philosophy/ helpful for future jobs?

Sól : I don’t think I changed my design philosophy as I have always worked very conceptually and did throughout the course. But I would say what was quite helpful preparing me for the industry at Central Saint Martins were the industry connected projects. Like the Tod’s project where we did a capsule collections which were presented on a platform they did for London fashion Week. But with these projects we had to collide our world with the world of the a brand and it was quite exciting to see that merge successfully coming to life. 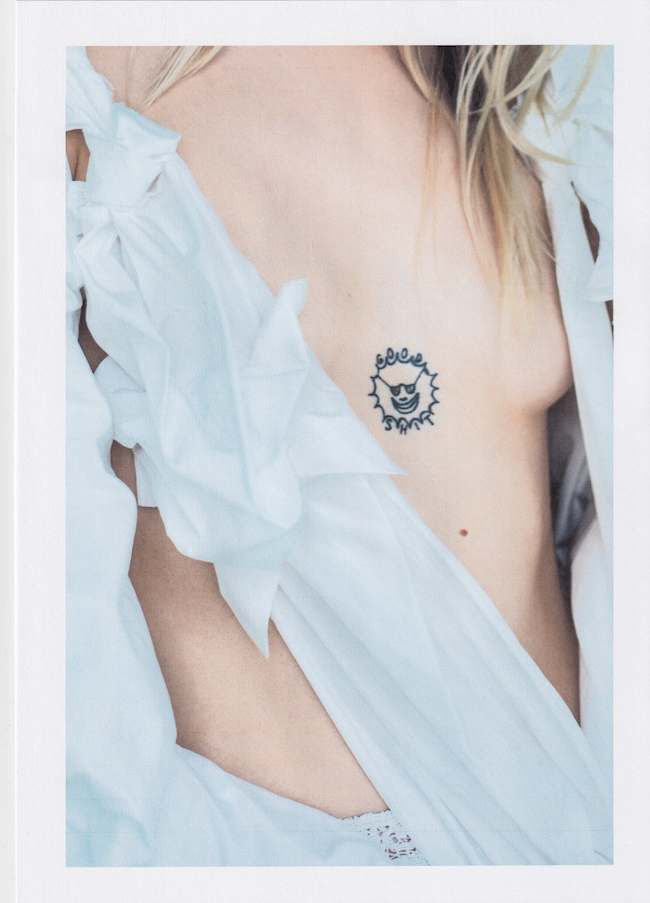 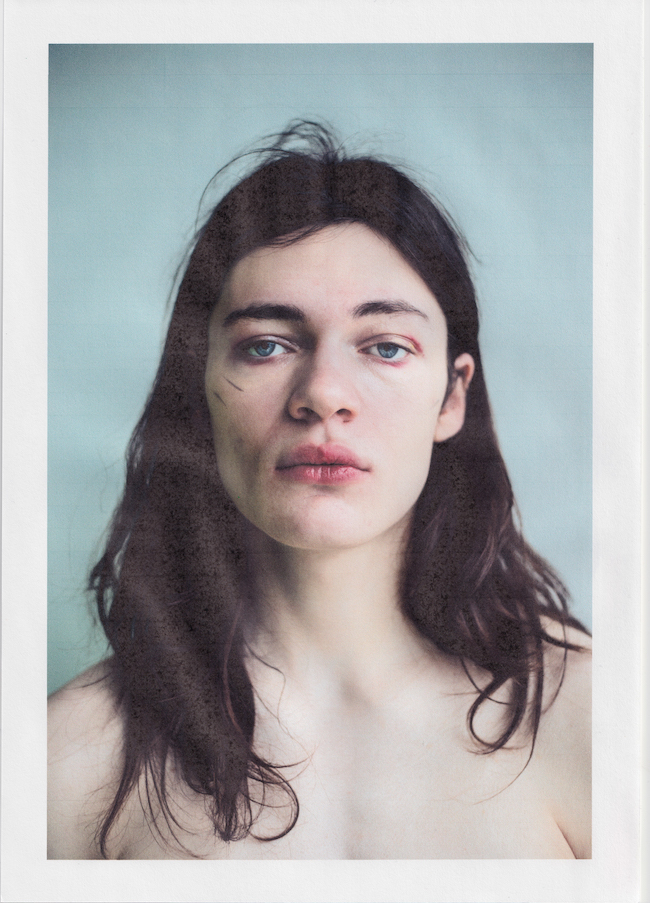 ―Can you briefly describe your graduate collection.

Sól : It is a collection construed from my own Manifesto; ‘Three Theories of Evil’ based on a concept of letting go of control, being comfortable in the realm of irrationality and the unknown. A collection, her own spell to disarm any need of human understanding and obsessive control. It‘s a 10 looks collection all constructed around the manifesto where I created techniques for the process, in order to give up control to the cosmic force and constructing irrational & chaotic garments for evil women, shunning gender expectation – like shambolic monuments. A study on chaos: evilness.

― In your graduate collection, what did you want to show the most? (Concept, craftsmanship etc)

Sól : For me it was about the process and concept. I’m a very concept driven designer. Working on the basis of an ideology, guiding me through the process. So I craft a concept which has aspects on all aspects of the collection, from the way I cut the pattern to all finishing details. I work interdisciplinary and hands-on, including video-works, visual art and collages. The ideology affects all aspects of her projects creating unique processes and variable results. Craftsmanship is a big part of my collection likewise, due to everything being handcrafted from the handwoven Röggvafeldur pieces, to the jewellery, shoes and such. I collaborated with some amazing women who helped me develop my designs.

―What would be your starting point when designing?

Sól : Reading, gathering information and things, creating a concept and a reason for creating. Usually there is a problem I want to address and suggest a solution to. After that I would move to more visuals.

―How would you describe your design process? 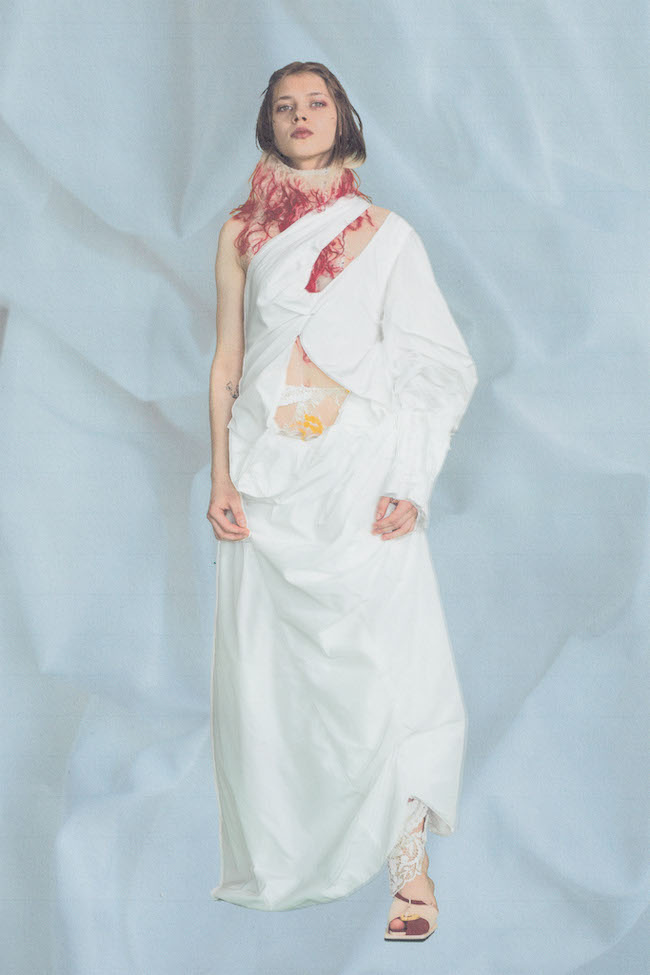 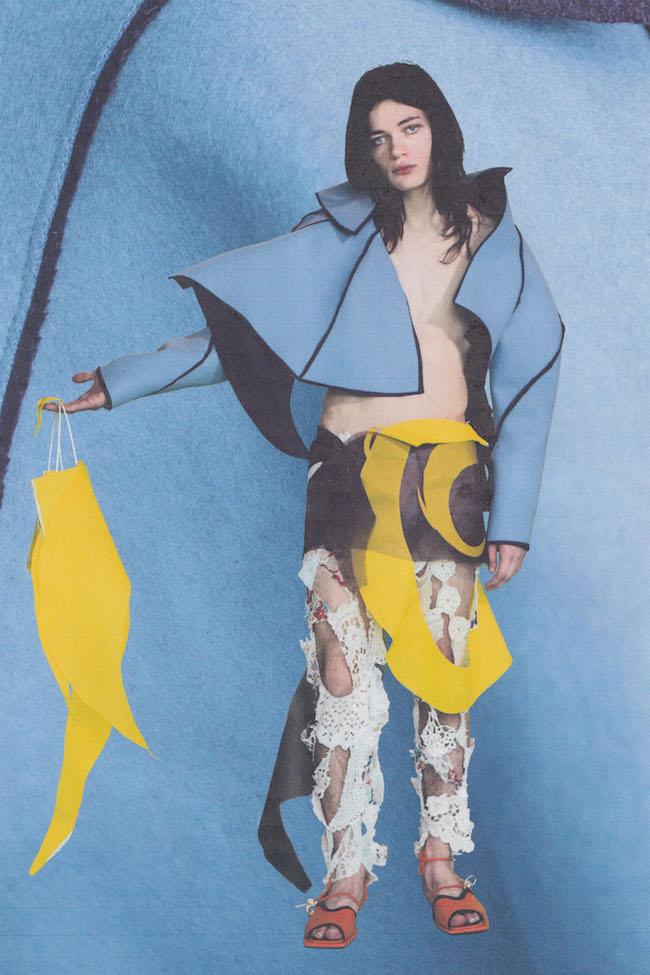 ―How do you think the fashion industry in UK, Europe will change, and how do you want it to change?

Sól : I think now with the pandemic it will change massively, I fashion cities are over and designer can and will be working from where they want and we have seen now through the pandemic that it is possible. I think fashion week will change massively and the fact that now we have built online platforms where everyone has access creating a more democratic scene in fashion is beautiful. What I want is a more ethically thinking industry where what is valued is creativity, authenticity, craftsmanship. I believe and want to see the days of a commercial and capitalist fashion industry where the value in the financial profit are fading away. We can’t work like that anymore for everyone sake!

―Living in the UK midst of Brexit, do you feel the shift in politics and lifestyle? Are there changes in the British Fashion scene?

Sól : It is a part of a bigger problem happening worldwide, where with more globalisation certain people feel threatened and become more defensive of what they consider they’re right or their land. They want to protect cause they are afraid. It’s happening in the UK, in the US, in Scandinavia and unfortunately most places. I mean we are not entitled to anything, I think it’s important to understand. Regarding the British fashion industry now people are thinking of moving from London to somewhere else.

―What do you think about the British Fashion scene, and the role of Central Saint Martins in that industry.

Sól : Central Saint Martins has a connection into the British fashion industry like no other university. But what I think is notably good with the MA course as I can only speak for that is the way they prepare you to know yourself, understand your point of view, to ask questions, have something to say and I think that why so many great designers come out of CSM and become a strong and leading force in fashion industry. 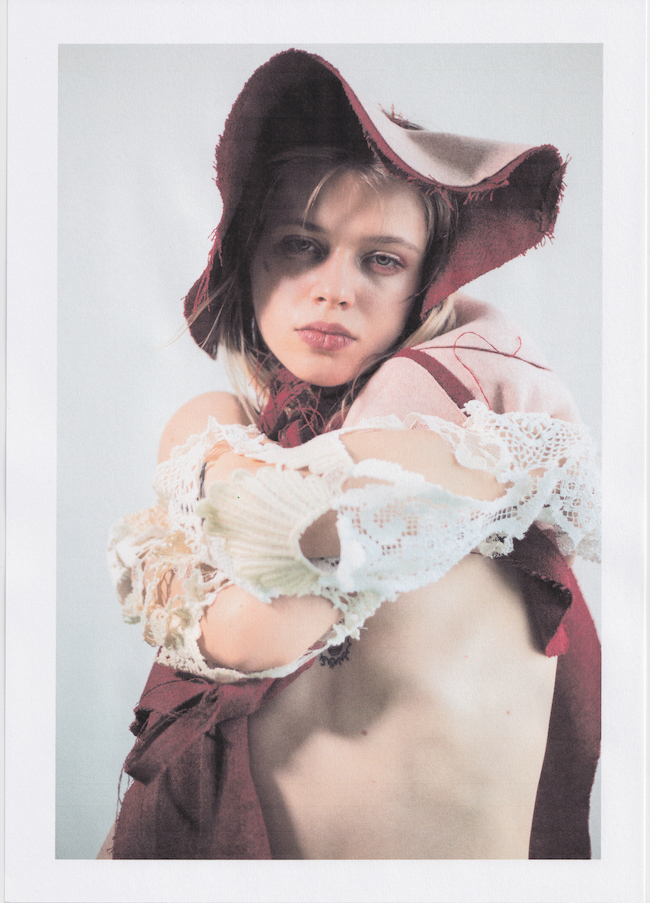 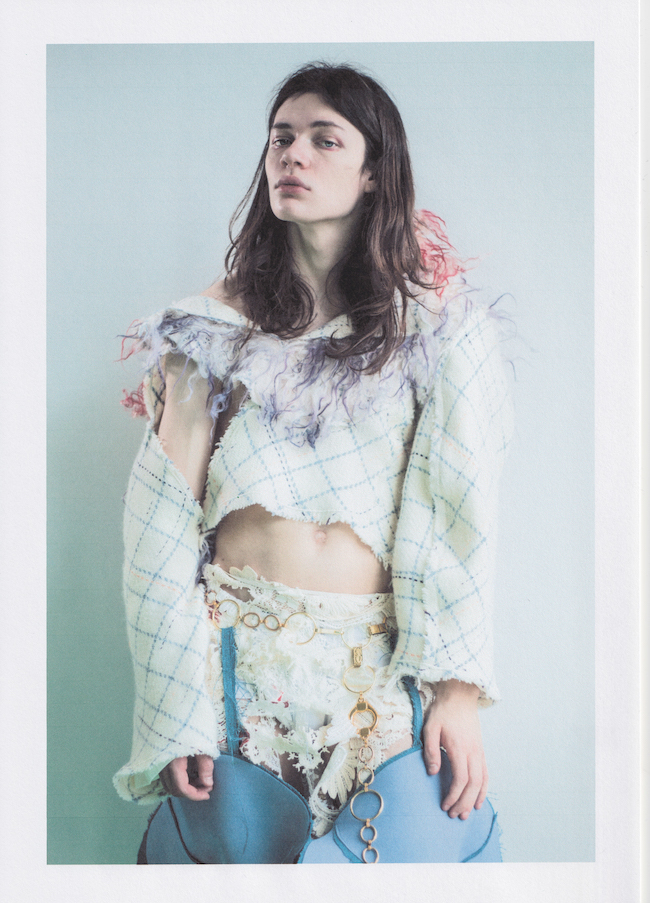 Sól : I think it isn’t something the industry can fix itself. I think we need government regulations, I think we need to change consumer behaviour and we need to change production processes. I think a lot of people need to agree on the need for change from a lot of different angles. As designers it’s our job to think about this, that is what a designer is at the core it’s problem solving and creating solutions so I believe designers have no excuse for not thinking about the way their designs affect the environmentally and ethically. And designers can be a force of change in production by asking questions about the production process and deciding to work with other people who consider this as well. Consumers can be a force of change by doing the same, by asking questions and choosing to buy what is ethically made. But changing consumer behaviour at mass in an incredibly difficult thing to do so for that we need government regulations on what is allowed to use in production, regulations on waste & production, how it’s been made, quantity of the production and I could go on. I mean it’s massively uncomprehensive but absolutely doable.

― What brands or artists are you interested at the moment?

―What are your plans, what do you want to do after graduation?

Sól : Ideally I would want to have my own studio working between Reykjavík and London. We have seen designers working on designs remotely and showcasing globally, like Rottingdean Bazaar and Matty Bovan. I know having my base here in Iceland and then showcasing in London is very idealistic but I actually think that now is actually the perfect time to do it! 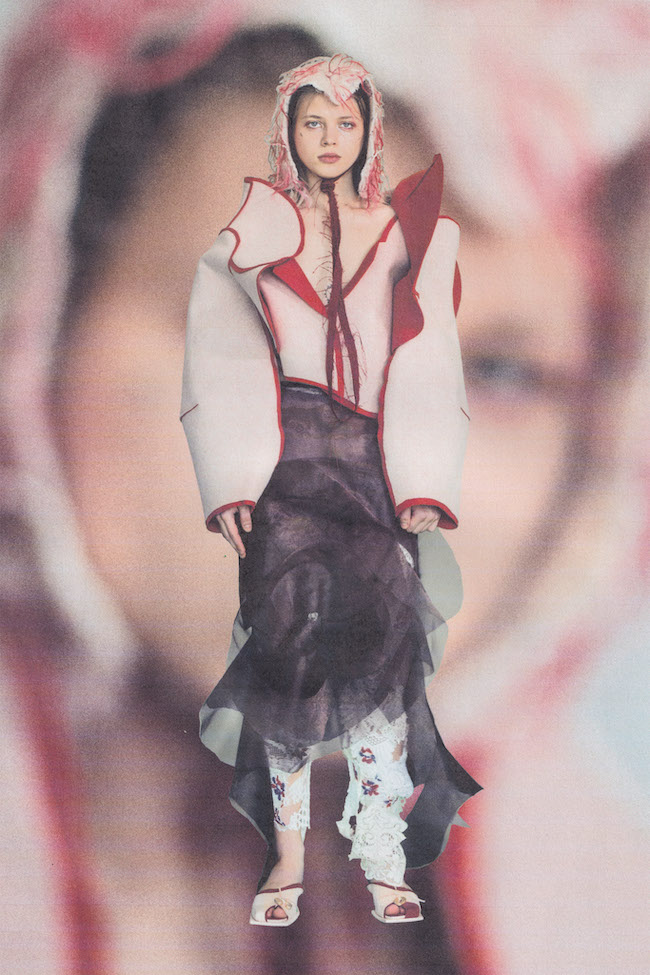 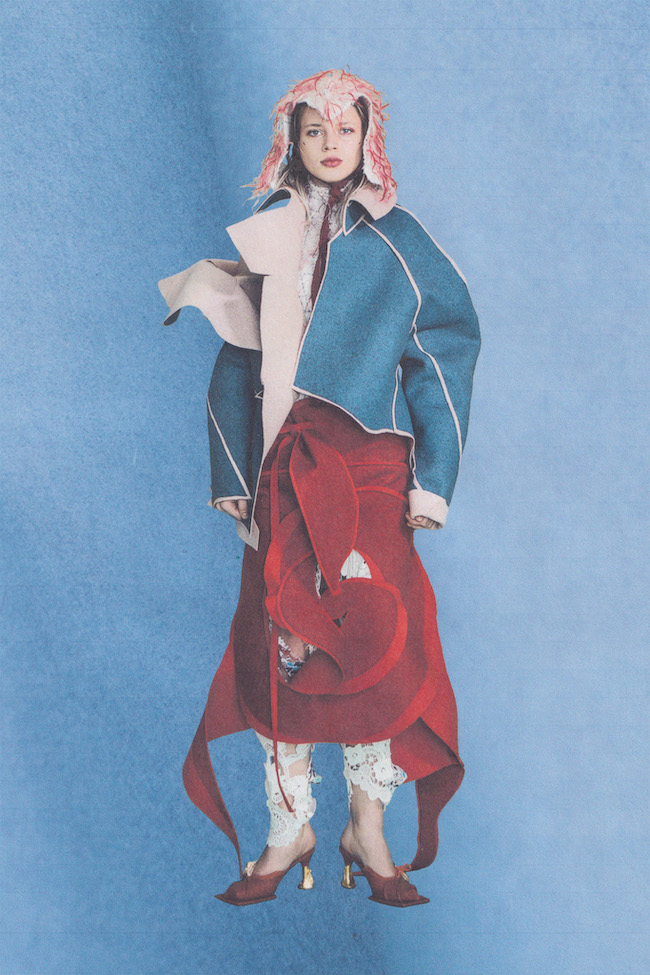