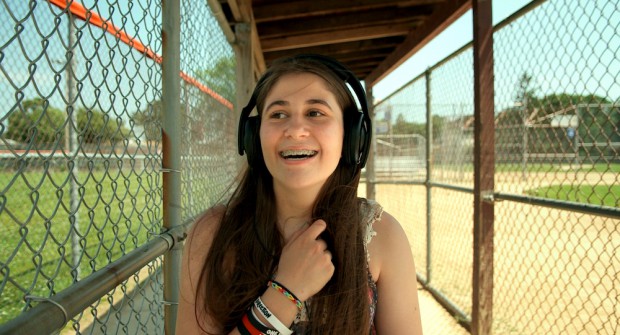 ——So the film is about fangirls of boybands! It is a really nice and interesting way that you did in showing their problems of the life they are leading. How did the idea came to your mind?

Rita: So the director and I worked six years together on this film. So when we started, One Direction was still, you know, huge. And what happened was that she fell in love with One Direction. She was like an old fan who fell in love with them. And she thought she was crazy cuz she thought she was too old for that. But she was going through a break by the time and they were just so cute. So she turned to the internet and found the One Direction fan when they could talk in their language. What they were doing on Tumblr was really amazing. And so she found herself very much in love with the fans. And then from then we found this girl who shoot videos and that opens up the film. She just loved how raw emotions were in the video and thought was really sad by the time we grow up, you know. So she started out with the One Direction fan and expanded the genre from there.

——When did you start filming?

Rita:The first thing we did with the first fan we worked with was in Long Island, 2015. Jessica filmed with Elif and Elif was still so young, in her puberty. She really grew up over the four years while we were filming her. And Sadia, who was a BackStreet Boys’s fan, she is a very intelligent girl. Like, they are all very intelligent girls who analyze themselves, like “how crazy am I”. Sadia was writing blogs and so we were asking if we could videotape her and she said yes. So she was crazy about the BackStreet Boys and was writing blogs all the time. But she was so smart about the way when she asked “how far is too far”, I loved it. And from there was just about the same time each year, we’d go back and film them when we had the money. And the conversation would go like, “how are you now?” “I’m over it”/“I’m back in it”, you know. And Susan, she just kept on doing it. 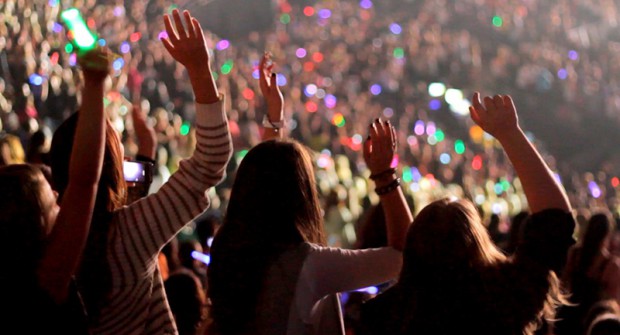 ——Their own family portrait , home video and illustlation are combined with the sorty. What made you choose to go from that approach?

Rita:Partly because necessity, because we were filming with low budgets. We couldn’t afford to buy all those materials. But also because we wanted the film to look like a girl’s high school locker, or a scrapbook. And what’s interesting is, through the time, even thought the platform might have changed, it’s Tumbler or Facebook, you know, they still look the same. So whether it’s Susan in the 60s or fangirls nowadays, they are all creative and we wanted to film to feel a little bit like that. And also some of the best footages we had were like shot on an iPhone. We have so many different materials in that. Actually, the opening with the collages made by this girl, she was actually a fan from Georgia. So we sort of wanted to get fans to contribute to the film, and lots of fans, we did a kickstarter in 2016. We were trying to find people who could contribute. And people would just say “oh I have this!”, which was great! And we found the footage of this fan girl on youtube and we were like “can we use your footage?” and she was okay with it. That was great!

——It is really interesting to see how they are the same even when there are differences of age and culture. It really is very touching.Whenever there is something happening in their life,fangirls would always turn to their boybands. It is like a charm thing, right?

Rita: They are in a way. For the girls, it is always their special thing. That is a really lovely way of saying that. Because it helps them figure out how they are. It helps them to shape as they grow. Also boybands usually come out at them time when you just start to make your own decisions and you are just picking things for yourself, you know. I do that with Spice Girls.

——That is beautiful. This film really is about the charm of our lives.

Rita: Yes. And hopefully, it is about fan. I mean, Fantastic Fest is obviously a festival for horror films, so when we got in here, we were surprised. But it is also a festival about being a fan, I guess. And embracing being a fan. So I really love what they write on the website about the film. It made me feel like “Oh, we belong!”

——It is all the same in term of the theme freedom. Freedom for our creativity.

Rita: Exactly! And I think so about something I have tried to learn from it and the BackStreet concert is that, it is really cathodic to lose control. Susan has talked about this, like “I totally recommend going to a concert and just try to find your inner teenager”. I think it is exciting and joyful because it is really a lot of fun. 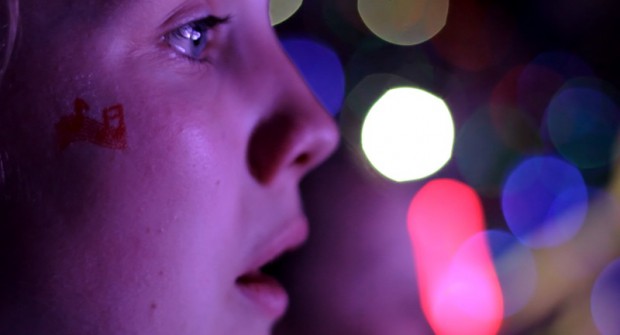 ——Why did you pick the title “I Used To Be Normal”?

Rita: So that was one of the fan of One Direction said. And she is losing it at that point when she was at a barbecue and she just went crying and like “What is happening to me? I used to be normal!” And the director found it really sad that the fan girl was trying to show those feelings. I think what she wants to use that title to say that “I used to be normal but I don’t care anymore”. This is who I am. Who is normal anyway! So it is kind of sad but honest. So the first time when we showed the film to the fangirls they were really emotional. She cried the whole time and she was okay to say that she was proud to be an One Direction fan. You know, that is great!

——What kind of discussion you had with the crew/cast while making the film?

Rita: So none of the girls saw the film until we finished it, and none of them met each other. Jess filmed with them and she was like “I am a fan as well, so you can say what you like.” But in Alissa’s case, her parents all knew there was a filming happening. But I guess, when we were doing it, what we loved the most was the different and similarity shown in the four stories. You know, it could be really similar for all of them. But other things could be quite different. Like, they had battles with their parents at one point, to different degrees. But then I think Sadia was the most challenged by it. And the other girl was just embracing it. But yea, all four of them really all liked the film.

——It really sounds like that you are friends with these girls.

Rita: Yea. Sadia used to say that, after the premier, the interviews are becoming more like therapy sessions. Because she couldn’t talk to many people about her BackStreet Boys issue. And doing the interviews which would go for a few hours allow them to talk really intimately about it. It became a really good way for her to analyze. Especially her. One year she was like “I am so crazy about them!” and the next year she was like “No, I am strong, I have to put these away, I have to grow up!” So she was really doubtful but she trusted the director, luckily. I love her. And how she writes her blogs beautifully.And we would love to bring the film to Japan! Because Japan has such a great culture of fandom, right? We would like to find that out.

——Do you know Johnny’s? It is like this huge talent associates that produce famous Japanese idol groups. I think the Johnny’s fans would definitely be able to share the empathy with the film.

Rita: Wow. That is very interesting. I am gonna look them up! I am looking forward to bringing this film to Japan!

——Do you have anything in mind for your next project?

Rita: Jess and I would like to make films that are warm and heartwarming and very much about celebrating. She has a lot of stories that she wants to tell. At the moment, we are done with boybands’ fan, even though we love them a lot. We still want to film to be spread out as far as possible. To make people think about what it is that makes them fan. So, yea, lots of things we wanna to. And Jess just had a baby! The name is Joey!

——Thank you for your time! 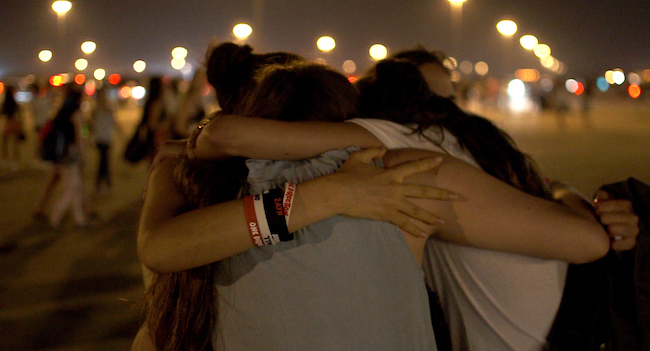