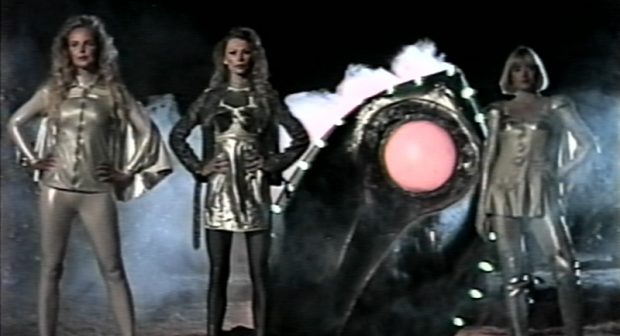 Ralph is a 12-year-old boy who just got a new video camcorder from his parents and now spends his days recording himself goofing around with his pal Josh. He also discovers from his Dad that he can hook it up to the TV to record his favorite late night shows and the wondrous commercials that air between.

Director Jack Henry Robbins and writer Nunzio Randazzo clearly have a deep affection for the 1980s, and especially the demented television shows and their scraggly commercials that permeated the era’s airwaves. In VHYES, Robbins has assembled a veritable who’s who to bring to life his demented version of the idiot box, including notables like his parents Tim Robbins and Susan Sarandon, Thomas Lennon, Charlyne Yi, Madeline Zima, and Kerri Kenney.

ーーSo let me start by asking where does this story come from? It feels personal but it also feels like something that is incredibly complex, the way that it is layered and how you brung it together. So what’s the genesis and how did you work it all out. Did you always know that you were going to make this cornucopia of segments that tied together for this very heartfelt story?

Jack : I think that the key to all comedy is heart. I don’t want to just make dick jokes, it’s important to have some heart around it. I mean I think, we grew up with the key creatives and VHYes is made specifically as a story about someone recording off of a wag tape and that’s where that came from if some of you were interested. I mean, exactly what happened was one of my family members lost their wedding tape because we accidentally recorded over it so.. But the whole ending and the whole thing I kind of developed as we made it. You know comedy and horror both have physical reactions so I knew that making this comedy I wanted to scare people at the end because I thought that that was the only place it could go as opposed to having a funny ending. I wanted to talk about the root of the film which talks about the impermanence of your life and how we live in a society where you record over everything, you record your whole life but none of that is who you are. So it has a very modern message, I think. Unless you guys are like ‘This guy’s an idiot.’ I think it has a modern message within this text so that is where it came from. We started out with Hot Winter and we were at Sundance with Hot Winter and then we were at sundance the next year with Painting with Joan . So after those films, we were like ‘Hey, we want to make something else.’ Me and Nunzio who is the co writer of this film read over the film and got together and talked about what we could do from there so.

ーーIt is all analog right? You shot all in analog?

Jack : So everything you saw tonight was shot on panasonic, VHS camera. All analog and some digibeta. A little digibeta but all VHS. All of the high budget stuff is digibeta. So we shot everything in analog. It was a discussion that me and a producer had about if we should do that. Why we went for that is the mechanics and the focus of the VHS you can’t recreate. It’s a very specific element that we wanted to be pure to. Literally there is a box in my house in the most dry area of 45 tapes of just our film.

ーーIt must have added new obstacles to the workflow. Did you guys find yourselves cursing your choices as you were editing it or was it like ‘Great, I love that.’

Jack : The format just gave us these guidelines to work within. We always tried to think about how they would make these projects back then and really we were method actors as we were sort of filming it and thinking about how it would happen. In terms of the filming process, I think it allowed us more freedom with the comedy and the camera work and all of that was kind of felt in the moment with the zooms and the pauses. I think you don’t really get those interesting characteristics when you shoot with a high resolution camera and a whole set up and everything. A small VHS camera we can throw on our shoulder, we can pass it to Mason and he can do some stuff like that so it really provided us with a lot of freedom I would say. Also there is a certain aesthetic to VHS which is good, bad so it allowed us to have fun with it. There were also very calculated elements of this film like it was also really difficult. 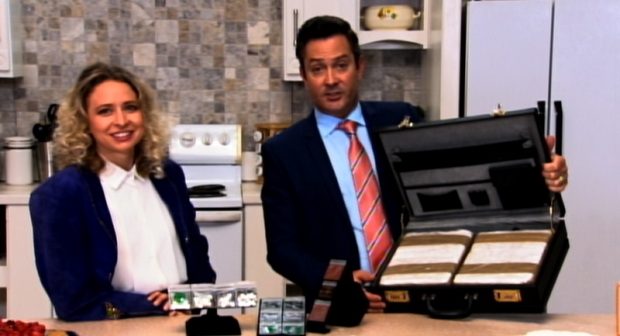 ーーCan you talk about the light music choices in the film?

Jack : Those are both LA bands that I know personally. The crazy thing about this script is it was nothing like the edits came together. It was an insane process. We had four different test readings because it such an intense thing. We wanted punk in the beginning. Basement punk is something that exists on VHS that we wanted to recreate it. Prettiest Eyes is actually the real band. That song was probably the most crass song that they had ever created. Then Weyes Blood is a friend of mine who is amazing and you should listen to her music but I wanted something with heart at the end that represented the parents. My whole thought is if you’re committed at this point to the movie, wherever you’re watching it you are going to watch that four minute song. We had four days to mix the whole movie so not the final sound mix whoever is here but we wanted something with heart and there’s an actual original Weyes Blood song called ‘Generation Why’. The lyrics are about filming your life and ruining you life because of it so I thought it was very appropriate. That’s kind of what we went with.

ーーWe would like to know more about Sir handelys plan in real time.

Jack : So there’s this idea about a guy who is super paranoid and has a plan for every single possible way someone could kill him. So one of them was a baseball who was going to kill him, one of them was zombies and they killed him. There’s probably an hour and a half of funny shit we cut out of this movie and my father who plays handely, his plan was to seek revenge but I don’t know the fast forwarding was something I had never seen before so that was a really fun way to bring in the aesthetic of the VHS and also get comedy out of something I had never seen before.

ーーWhat made you want to invest your time in this project?

Kerrie: I didn’t invest money into the project yet. I came on because I was sent this email from my agent that said, ‘There is this project ..’and I think she called him a kid because Nate is a kid. He’s written this really neat short because Painting with Joan was just a short at the time. I thought it was really really funny and really really clever and he said it was only going to take an hour and there were snacks and it was close to my house (laughter). No, I thought it was really different and really clever and he had sent me Hot Winter which I thought was really brilliant. On paper it sounded like ‘Okay, a person from a different generation is going to do this 80s VHS thing and then I saw it and then I was sold.

Jack: Kerrie said that the moment she thought it was funny was when Riko delivers the wood and they kiss really poorly. Am I right?

Kerrie: It was so well done.

Kerrie: I wouldn’t be too proud of that (laughter).

Tim: Painting with Joan was the first film that Jack and I worked together on and I was very interested in putting those limitations on ourselves and we all come from the generation that were just straddling the internet and also this technology that has completely faded from existence. It seemed like an awesome opportunity and it grew from there and to be very connected to it and I am really thankful for this project.

ーーFor the kids, how many of the references did you know and can you talk about Dennis Rodman and the green hair?

Mason: To be completely honest, I did not know any of the references (laughter).

Rahm:I only understood a couple and I knew that Painting with Joan was a kind of Bob Ross kind of thing (Cheers from the crowd). I got the cheesy infomercial reference and that is pretty much it (laughter).

Jack: So the answer for the first question is there is a time machine and you notice that there were aliens. Aliens can travel through time and space. So she went back in time and it happened like that. What happened was kind of the film so that is the story.

Jack: Everything funny I wrote (laughter). Everything unfunny I didn’t write. I’m very open on set. I think it’s very important to leave room for improv. I won’t tell you everything but I will tell you that the scene with the dog where he got bullied away from him as a child, I came up with that idea pretty much the day before and I said ‘These two brilliant comedic actors are going to be on the same set in different settings.’ Because we filmed that all on the same day and I gave them that premise and then they improvised the whole fucking thing. Other than that, a lot of our style is film, film, film and then scream out of line. So there is improv and I think that it is the basis of all good comedy, you have to let them play a little bit so we let them play a lot. But again, all of the brilliant comedy is what I wrote and my writing partner wrote the kind of funny stuff (laughter).

Painting with Joan from Jack Henry Robbins on Vimeo.