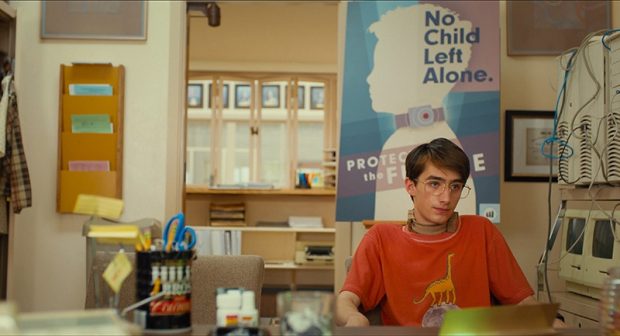 The Whitners are a strange family dealing with the aftermath of the death of their oldest son, Dylan. Mrs. Whitner is off on a thousand-mile trail trek, Mr. Whitner spends most of his time at work or in the bathroom, and twins Myrcella and Wyrm are basically being raised by their Uncle Chet. Myrcella and Wyrm also happen to be two of the last kids in their grade to pass their level one sexuality requirement: a school-mandated program enforced by electronic collars that detach when the wearer kisses someone. But when Wyrm hears Myrcella has just made out with the foreign exchange kid, it leaves him as the only one still waiting to pop his collar. And because of the No Child Left Alone program, if he doesn’t pop it soon he won’t be able to move on to the next grade — not to mention the fact that the damn collar will still be on. Running out of time and frustrated with his sister’s snotty sense of superiority and self-righteousness, Wyrm tries everything he can think of to find someone to kiss, move on, and grow up.

ーーI don’t want to put you on the spot but you mentioned ahead of time that some of this was autobiographical. Is there any that you are comfortable sharing? I don’t want to assume any parts of it so.

Christopher : I didn’t have a sibling die so that’s the first awkward thing we can get out of the way. But I had two sisters and I think a big part of my development was getting to know them as people not just siblings but as people and not just as the opposite sex. So a lot of the film is based on the lessons they and my mom had forced upon me during my adolescence that lasted until I was like twenty three (laughter).

ーーI got to say I love that last line where she says ‘I fall in love with every boy that smiles at me.’ That just feels like such a relatable moment and it’s such a great moment at the end. I don’t know, did you come up with that from the top of your head? It’s such an insightful line.

Christopher : I don’t know if my sister Jessie ever said that but I think she imparted the line once upon a time to me. And so I give them credit for that line for understanding that emotion. But at the time, I did fall in love with every girl that smiled at me. And every boy too. If you smiled at me I would be like ‘Hey, what’s going on?’ 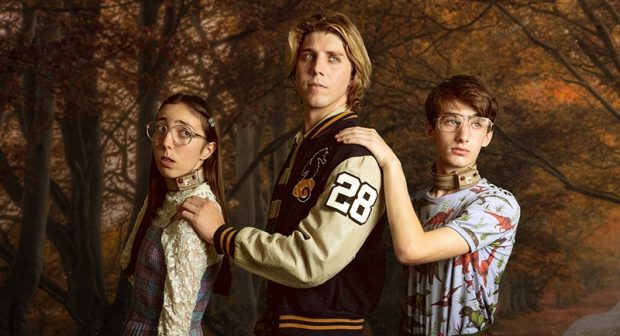 ーーWhat are bathroom foods?

Christopher : Anything cold is my go to bathroom food. Anything that requires utensils so you don’t have to grab it with your hands is a go to. Hence nachos which are warm and you need your hands is a bad combo.

ーーSo what’s the story with the ominous internet being this big thing.

Christopher : Well I remember in the nineties, I maybe am redconning this and making this story up but I remember that my parents got a computer and it was a big thing and my grandparents came over for dinner and we had dinner and they were like ‘Let’s see the computer now’ and it was a big moment to go see the computer after dinner and I wanted to convey that kind of idea. I kind of wanted it to feel like puberty and this thing that was going to take over all of us and him not being ready for it. I just think the word is funny ‘internet’ (laughter).

ーーCan you tell us about the world buildings and the kids wearing all of the collars and the decision behind that.

Christopher : That stemmed from a conversations that I had when I was 16 or 17 and for my first kiss, I was talking to this girl that I loved. She figured out that I hadn’t had my first kiss and she was teasing me in a very nice way. All of a sudden everyone knew all around me and I felt like there was this visible marker around me identifying me like ‘Oh my god, Chris you fucked up’ and so that’s where the idea for the collar came from. I’m a big believer in every time we create a program, it’s designed to help people and have these unintentional consequences that externally ruin the lives that it’s actually supposed to help and then the story about no child left alone, no child left behind. So that’s where the whole idea kind of came from. 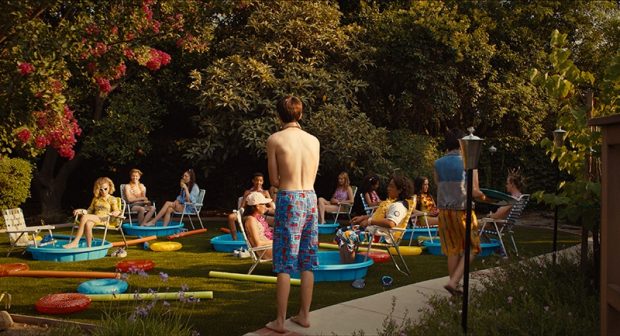 ーーHow did find the leads?

Christopher : So Azure who plays Myrcella the sister, I did a short film version of this a couple of years back and she lived in orange county and she wanted to get into acting and she was interested in the film. She had never acted before which is remarkable because she is the best actress that I have ever worked with and that’s how we found her. When we were doing the feature, we had a casting call and we were having a really hard time because most boys, child actors are either very small or hit puberty and just launched up and we knew Azure was just perfect. Almost like reverse pairing and Theo came in. I’m going to talk about the moment when Theo came in and when they read the script together.

Helen : They looked kind of alike that it was almost crazy but it’s really nutty. We have this amazing casting director, Wendy O’Brien who is fantastic and brought in a bunch of really really talented kids. So many kids but it was so hard because you’re trying to find a kid right at puberty but it’s a very fine line. His voice was changing while we were shooting and we were petrified just like ‘Please don’t change.’

Christopher : We were talking to some of the folks at the financing company and they were like, ‘We understand that he’s a great fit. But we are concerned that over the next few weeks his voice will drop an octave. And you are going to have to ADR this whole movie with someone else. It was fun and intense.

ーーAppreciation for not over explaining the world that you built and being really subtle about it so people experience it instead of having a big exposition dump. So can you talk about writing the script and trying to frame that?

Christopher : I think that I had been in the second draft. I met with Helen and I don’t know if you guys know Helen but she produced Whiplash. I was like ‘Oh my god’ and it was insane to get to work with her on this project and I had met her and she liked the short and I was like ‘Great, I’ll never talk to you again.’ and then she emailed back to me saying ‘Let’s do it’ and in the second draft I did that. I over explained everything and she was like ‘What are you doing? What’s going on?’ and she of course drew me back into the fact that it’s not all about the technology, it’s about the emotions these characters were dealing with.

Helen : I think it was one of the tricks of the editing process too, especially when you start showing it to audiences, it’s hard to know how much people understand and how much it matters. Because sometimes people don’t totally get it but sometimes it doesn’t matter for the emotional experience. But I think Chris just did an amazing job at having all of the layers there so it’s accessible and it’s all thought out. He knows the answers so the answers are in there. It’s just about figuring out and fine tuning that what you’re actually showing in every piece of it.

Christopher : To answer your exact question, she kept me in check on that exact issue.

ーーThank you guys so much.