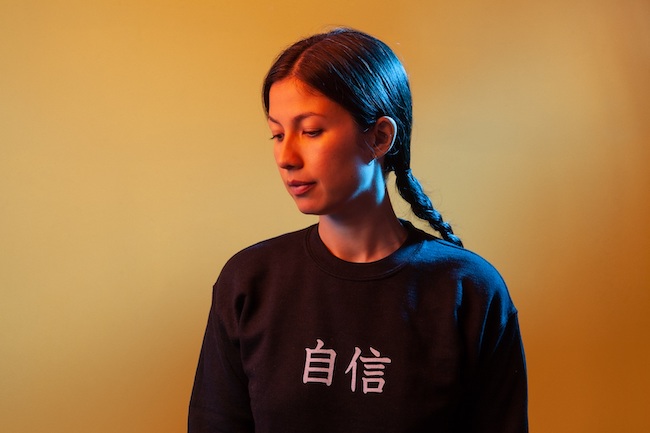 ――You wrote this album in Hong Kong in 2017 after living in New York for several years. Why did you decide to write an album there?

Emmy the Great: All my albums have helped me discover something about myself. As I began to think about album four, I realised I needed to tackle the idea of home. I had been planning to go back to the UK, but I found myself needing to check my relationship with Hong Kong, which is so complex and links back to my childhood there.

――What was it like to live in the place where you spent your childhood again after so many years?

It was a lot of psychological drama. At first it was really cool, walking through streets that I hadn’t seen since I was a child, and had been in my subconscious this whole time. It was like walking through a dream. But then when I had a baby, it was very weird to be in the place where I spent my baby years. I kept getting flashbacks.

――How was your experience living in New York? How did it affect you both personally and creatively?

Emmy the Great: New York musicians work so hard and they don’t care about what is a ‘big’ gig or a ‘small’ gig. They just play music to the highest standard. Living in New York taught me to strive for better ideas, but also to be free in my approach to playing. I love it so much and I’m so glad that the election has given that beautiful city, and the whole of America, a chance to reset.

――Having lived in two different cultures I have always had this feeling of having two places you call home so far away from one another. From the very beginning of “Mid-Autumn/月音,” this music made sense for me and felt really soothing. What do you remember the most about writing this album?

Emmy the Great: I really hope this album speaks to people who are ‘multiple’ in some way, whatever that means to you. I have struggled a lot with trying to define myself, and I think while writing this album I was realising that some things don’t have easy answers and it’s OK to just be. That was a really fun way to write songs. Sometimes I’d be like, “Oh I forgot to write a chorus, never mind.”

――Why did you call it “April/月音 (= moon sound)”? What were some of the inspirations that led to this album?

Emmy the Great: I started writing the album in Hong Kong during the Mid-Autumn Festival, and I continued writing until January. During this time there were four important moons finishing with a supermoon (and maybe a blue moon?). April in Chinese is the same characters as ‘Four Moons’, and moon sound is a reflection of the intuition that came with surrendering myself to that process.

――“Okinawa/Ubud” is so beautiful both sonically and lyrically. What is the story behind it?

Emmy the Great: Thank you! That song has field recordings from a trip I took to Bali to visit a childhood friend and his new family. During the trip, we drove around villages listening to gamelan players practicing, and he told me about how the gamelan scale is the Okinawa scale. I had a lot of reflections on that trip about family, thinking about how when my friend’s and my parents were young, they’d come to Bali on the hippy trail, and now we were here with his baby.

――You took a maternity leave after recording this album. How do you feel to release it now? Do you feel differently about it in any ways?

Emmy the Great: I tried not to be frustrated about the album being delayed, because the album is very much about letting things be, and I felt that whatever happened would probably be the right thing. It came out this year after a terrible period for Hong Kong and the craziness of the pandemic, and I can’t help but think this is the right time. On a personal level, it meant a lot to me to be able to hear these songs from the recent past and remember an easier time. I also feel quite happy that it came out on John Lennon’s 80th birthday, as I always thought John and Yoko reminded me of my parents.

――I read that you toured with your baby last year. What was it like? How do you think the motherhood would affect you as an artist in the future creatively?

Emmy the Great: It was OK because she was young, but I don’t think I could do it again until she gets out of her ‘wriggling’ stage! I find that motherhood has made me essentialise my work. I get very little time, and that can be quite helpful for productivity. I also feel like I’m choosing work that reflects who I am and what I want from the rest of my life. It can be really hard trying to balance work and family, but since lockdown, I’ve found that my desire to achieve professionally is not as pronounced as it used to be. I just feel happy whenever I spend time with my daughter. 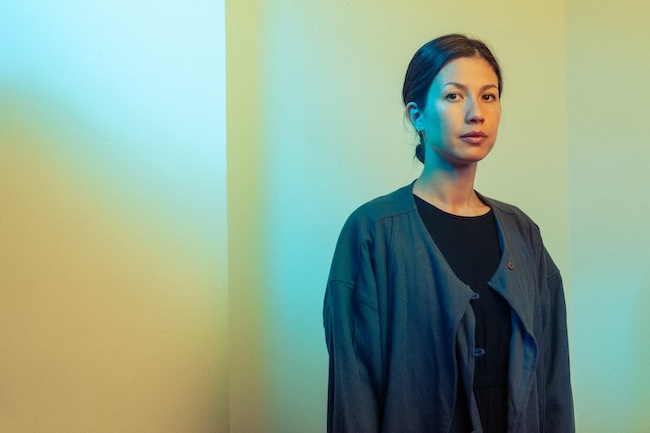 ――I am very sorry to see so much has been happening in Hong Kong in recent years. What is it like to live in London again after having lived in different cultures.

Emmy the Great: It’s very nice to be in East London, and I feel lucky to be out of the tumult of Hong Kong. It was hard leaving it behind while it was in such turmoil. Because of my complex relationship with the city, I find it easier to be in the UK and dream of Hong Kong, rather than the other way around.

――Your music has been helping me a lot during this difficult time. How have you been dealing with this so-called “new normal”?

Emmy the Great: I’m so, so glad that my music can help right now! It really helps me to listen to music these days too. There were some points in the first lockdown when I was just so sad, and so tired, and on those days the world would sometimes seem more colourful and more amazing. There have been huge moments of joy, often during the most challenging times. I have taken up loads of weird hobbies, like sewing toy food and birdwatching.

――What would you like to do the most when we’d be Covid-free?

Emmy the Great: I just want to go inside a friend’s house and touch all their stuff.

――Do you have any message to your fans in Japan?

Emmy the Great: Hang in there, everyone! We’re going to get through this.