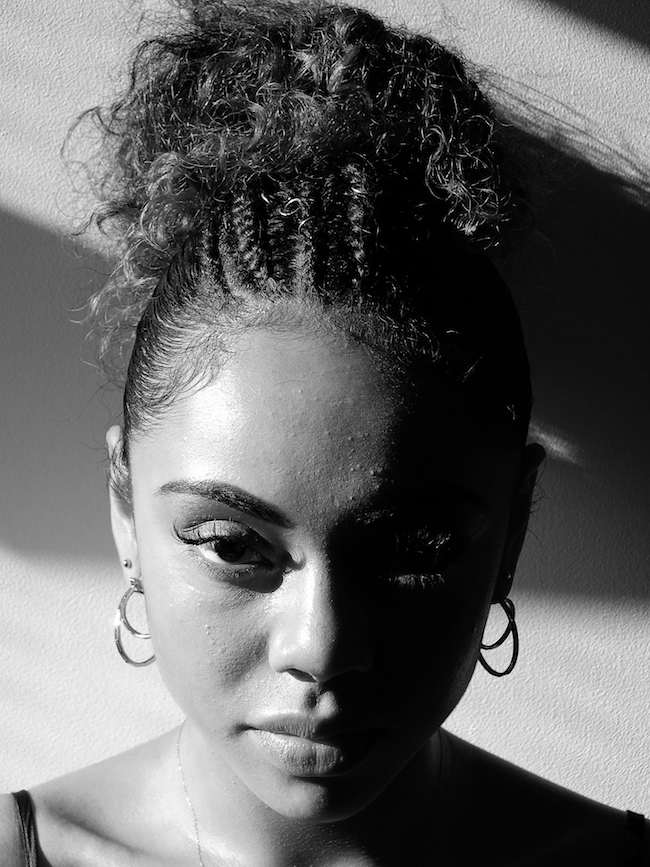 Jaz : Yeah, it’s takes me to a different place.

Jaz :Yeah, it allows me to be somewhere else. Lullaby is a really nice way to put it.

ーーDo you have any unforgettable memories that take you back to those gospel songs?

Jaz : I think it’s more about being involved. I was in choir a lot when I was younger. The harmonies and the feeling of that, one of my favorite films is “Prince of Egypt”. I love the music in that film. Every time I listen to that now, it just gives me the shivers . I think gospel music does that to you too.

Jaz : I would say, you can definitely tell when people are from South London. I don’t know why, but you can. I think everyone has different ways of speaking in London. The music from the south, there might be lingo (= language) that is not used in East or North, for example. Or places, people might throw places into their songs or they’ll have a tag that’s from their area. A lot of people are proud of where they come from. I’m from South London and I am proud of that. It’s just a way of life. You’re used to one side and that’s what you know so then the others, you can tell when it’s different.

ーーSome inspirations when you make your music, will come from your childhood, no?

Jaz : Definitely, A lot of music that comes from the south is quite urban. R&B and also like soul there. It’s coming up. South is definitely getting bigger. When usually it’s (=music) from the north.

ーーSo, you feel as if you are representing South London’s style.

Jaz : I got a concert next week and it’s the first festival in my area and it is huge.

Jaz : They’ve got Damian Marley, like massive people, and Wizkid. It’s in my area and I’m performing there. The festival is called “The Ends F
estival” which means our end (=our town). I go around my area and I see posters with my name on it and it’s wicked.

ーー Do you have any convictions in the way you make music? Is there a solid way in which you make your music sound fresh?

Jaz : It’s always different for every song. It’s more like the feeling I have at the time. Or if I’m going through something. I always write it on my phone, If I am on the train, and if I meet a producer then we’ll start something and I go back to my phone and put it that way.

ーーWhat do you write on your phone.

Jaz: Just notes. Anything that comes to my head, I just write it down.

ーーSo you can make a song straight off of what you wrote.

Jaz : I have the most random stuff on my phone that I never use but some stuff I will. If there is a line, and it is relevant to what I’m talking about then I will find it (in my phone).

ーーWhat if you phone dies? What do you do?

Jaz : Then I just freestyle and write off the top of my head. A lot of the times I will do this, and the phone is just for reference but I juts keep doing it. 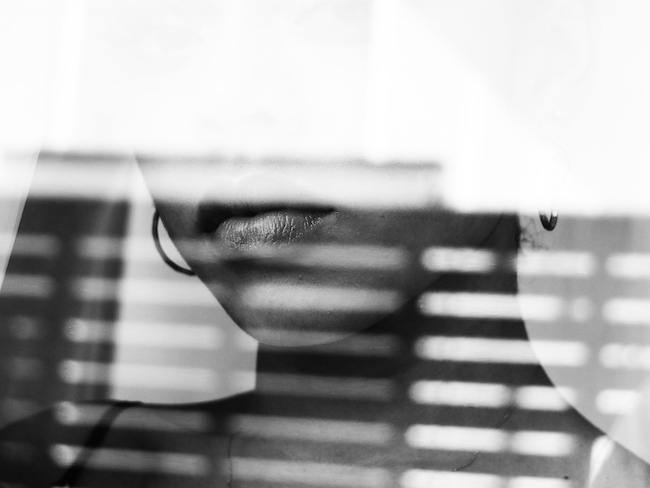 ーーSince releasing this EP “Into the Wilderness” in 2017, it has been selling worldwide for the last two years, do you feel like those two years passed by very quickly?

Jaz: I’ll say, it went very fast, Actually I put it out myself before (it was released), and then it got re-released. It has gone really really fast. Just the rush because after that one I put out the next one. For me, it took a short time to make, and it’s gone like (snaps finger) but people still remember it and that’s really nice.

ーーMaking it was kind of a struggle right? And so for it to still be here is very…

Jaz : It was one of the hardest times for me .Very hard to finance and I had no time, but it’s good and I’m proud of it.

ーーHow did you react when you heard it playing in public?

Jaz : It’s been crazy. Actually a lot of Japanese dancers like tagged me and that’s amazing and it’s really nice because it’s from my first project.

Jaz : At the moment, I am reading…I forget the names of my books…it’s not completely a self-help book, what are they called? You know like self reflecting books.

ーーMore to do with improving yourself?

Jaz : But I don’t like instructions, I like stories. I can’t remember the name of it…. but it was too instructive. The alchemist taught me something when I read the story. If I read instructions it just doesn’t go into my head. I just don’t like it.

ーーWhen did you first come across this book “Alchemist” by Paulo Coelho?

Jaz : My boyfriend at the time, he was reading it. He passed it to me to read, And I just loved it. He usually used to pass me self-help books and I hated that. Because it was too instructive. But then he was like, here this is a story.

ーーYou make out what happens in the novel in your own way.

Jaz: Everyone takes it differently. If you get instructions telling you exactly what to do,(then it’s different) so when he gave me that one, I was in love with it. That was perfect.

ーーBefore that, were you always into reading?

Jaz : I have always read, and I’m always reading. At the moment I am reading… Do you know Gabrielle Union? She is an actress, and she’s in “Bring It On” “Think like a Man.” I like her as an actress, and she’s got her own book about how she got there (=to where she is now) and her struggles, etc. Also about maintaining herself in the industry. I’m reading that at the minute.

ーーSo you had a childhood that was full of reading. Did you have any interests in art and other cultures during that time too?

Jaz : I do write stories, but that’s the only thing that I do.

ーーDo you think that one day you would want to publish a book?

Jaz : That would be my dream. Music is my first stepping stone for a lot of other things.

ーーSo you can do it for a little longer and then you can move on to your next goal.

― I bet there are a lot of things that inspire you but what would be the next thing that would inspire your next song? Do you have anything you can say?

Jaz : What do you mean, for a song or for music?

ーーFor a song or for yourself, like the book was an upcoming project. What’s the next level or the next step for you?

Jaz : I love getting inspiration from other people, like people around me. Whenever it’s something small like a love thing, or if it’s something big. Politics I don’t tend to get so emotionally involved. But I think people, that will always continue(= to inspire me) because everything changes.

ーーDid you get any inspiration from Japanese people?

Jaz : Yeah. I used to always watch the “Last Samurai”. I love old Japan. Also we went to Shibuya and that was amazing. Literally, we got off the flight, showered and I was jet lagged but we walked through Shibuya crossing and it was like a movie. 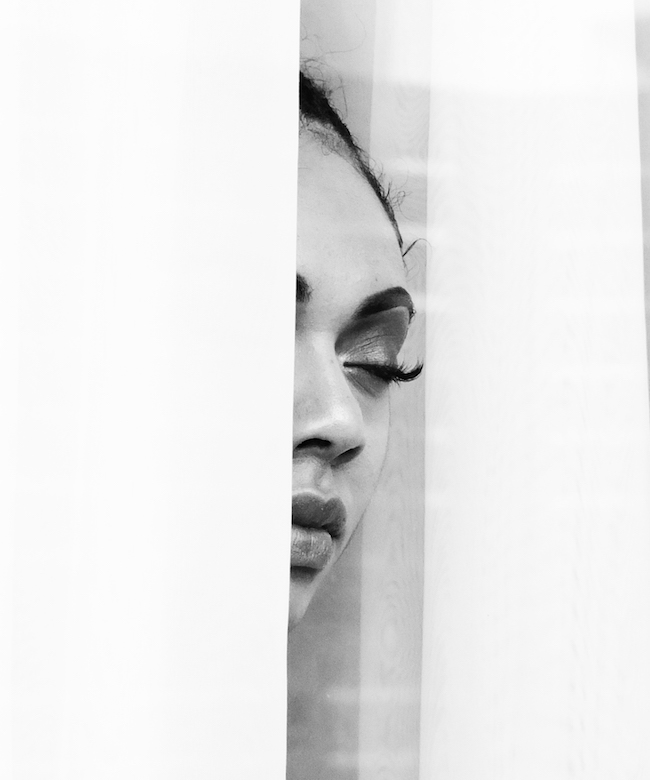 ーー Is there something that you do to take care of yourself as a singer? Are you cautious about certain things?

Jaz: There are some foods that you shouldn’t eat and drink, like dairy. It depends. Near a show, I should do it more, but you should stay away from smoking. If you have a cold then latte’s are not good for and you can properly tell the difference. Hot drink are good like green tea, honey. Also no sleeping with the air-conditioning on. I found that I was so hot last night… couldn’t sleep at all.

ーー We are curious to know if you have a way to take care of yourself, mentally.

Jaz : If I think about something bad, I have to block it out because it will affect my …or if I think too much about singing or lyrics… I cant think too much, I just have to be there with the crowd and not in my head. You have to get out of it because once you’re on stage, you can’t just be like (snaps fingers) that’s it, you have to come out of it (=your head) and be like ok, cool. If you’re on stage you have to come out.

Jaz : I used to, but I feel like that made me think too much about it. It’s just more about your state of mind and being like ‘lets go’ and not ‘let’s sit and…” I don’t work well when I’m under pressure, let me just go and do it. When I enjoy it, it is the best feeling because I’m always relaxed, so when I’m enjoying it and I always have to remember why I’m doing it.

.
ーーSo basically it’s a really quick way to meditate?

ーーThe last question is more about yourself as a female. Japanese education about sex and sex related topics is pretty behind. So there are a lot of Japanese girls and females that don’t know how to properly take care of themselves.. Is there any advice you can tell those girls?

Jaz: Do you mean in a mental way? Or physical? When you say take care of themselves, do you mean as in taking care of yourself or from a man’s perspective?

ーーFrom a woman’s perspective and yes, taking care of yourself. According to Alabama state in the US, a bill was passed to ban abortion. There are so many people who have experienced rape even from their own family members and they still can’t tell who did it. So it is really an appalling bill to be passing during this time.

ーーThey can’t. Some people are finally speaking out about it (=their past) but…

ーーYes because they feel weird talking about what happened to their bodies to their family. Also they don’t have evidence and it is hard to tell who did it.

Jaz: I haven’t had anything like that happen to myself but just from people I know who have had that experience, like people close to me. It is vey sad to hear stuff like that. There was a statistic about that and it said that only 50% of people that get raped, actually are aware of the rapist. Which is so terrible because I feel like it makes it worst because you might see them again. I know it’s not easy to come forward. Because you don’t know if they are going to believe you. If I would say one thing, it would be to not blame yourself. A lot of girls end up blaming themselves. If they tell someone and they don’t believe them that is even more guilt on their shoulders, and I think that is the most heart breaking thing. Whether you decide to tell someone or not and that is somebody’s personal decision is that they should never blame themselves, and that they have to find a way. Nobody should tell them how to deal with it, they should find a way by themselves. They should know that it is never their fault for what happened. And always people will find excuses for it. I read that the majority of the people who decided to pass that bill were all men. They had statements about, why rape is almost ok? Regardless of what you are wearing, even to the extent if you are naked, you shouldn’t be blamed for it. But I think that is when society is the worst (=decision makers).