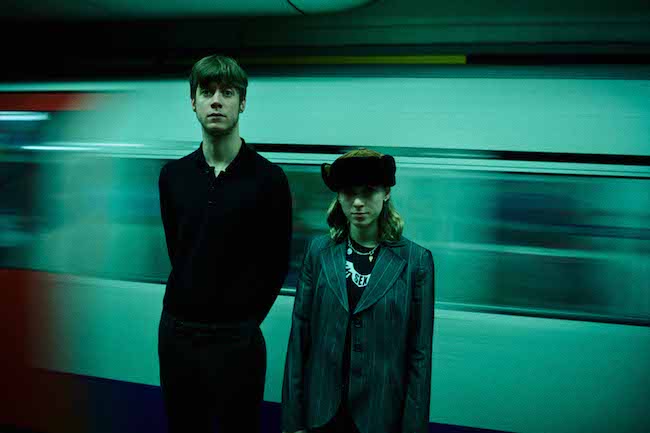 ーー Congratulations on your debut album “925”, This is the first interview with you so let me ask you some casual questions first. So what records or movies or tv series or novels have you recently enjoyed?

Louis: Parasite, I actually liked it a lot. I really enjoyed this “Magic Story”. I liked the actor a lot. What is his name? Adam Driver, yeah he’s cool.

ーー So do you watch a lot of Netflix movies usually?

Louis: Not really on Netflix, but we watch a lot of movies. Movies from the 90s and stuff. I like the film “Apocalypse Now” a lot.

Asha: I like the film “Dogma”. Not so much from film.

ーー Right. Do you have any tv series you are into right now? 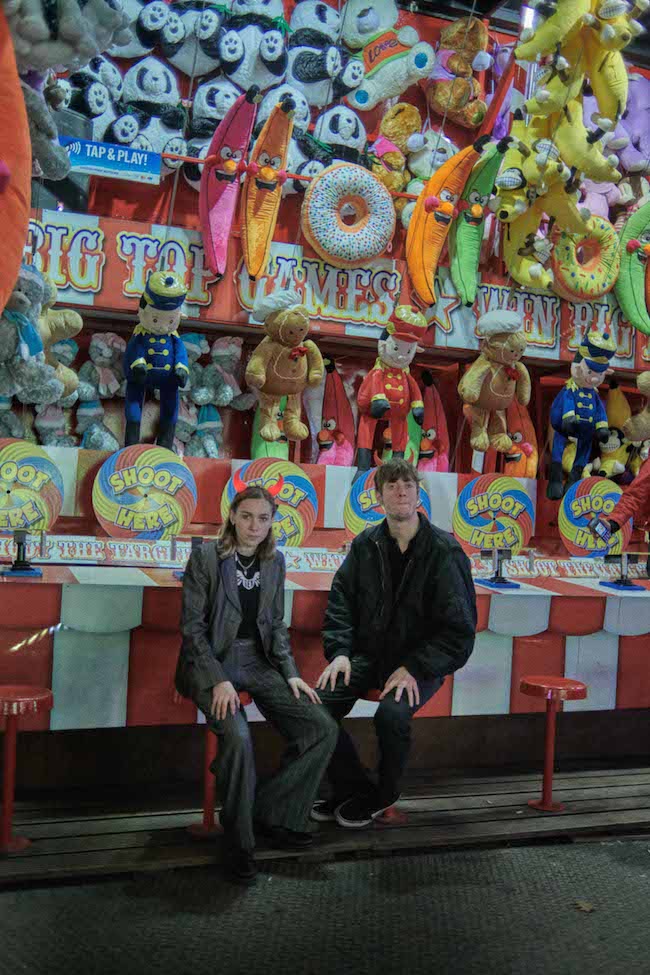 ーー Do you have any songs you are emotionally attached or some records that you are frequently listening to recently?

Asha：We’ve been listening to Arthur Russell’s new album “Iowa Dream”. We are quite attached to Alex G’s records.

ーー I see, let me ask you about your career. I have heard that Sorry has started with the encounter of you two but how did you become attracted to each other as musicians much enough to start a band.

Louis ：Asha and I went to school together so we’ve been friends for 10,11 years now. We were just good friends and we first liked each other’s music and it seemed like a fun thing to do. Yeah, we did it because we thought it would be fun before it got all serious.

ーー You guys were playing instruments from young age or something?

Louis：Yeah. So we both have been playing guitar for about 10 years, maybe longer.

ーー And Asha would be writing lyrics or something in a school maybe?

Asha：Yeah. Wondering if I was writing songs, a little bit and they were quite funny probably.

ーーSo how did get interested in each other, much enough to form a band?

Asha：Well, we just quite a did it for fun in the beginning because we both played music and we just kept doing it, kept playing gigs and just developed.

ーー I see. So were you guys recording some songs at the time?

ーー Maybe with other members?

Asha: Yeah, actually yeah. We did some songs with Marco Pini who played in the band, like ages ago. Mostly just on our own or together.

ーー You’re debut album is going to be released and this is the first album for you, so what did you prioritize to record your first record? What was on the top of your priority list?

Asha: We just made sure it was concise and it really worked. All the songs were together and were so random, so that was the main aim because we didn’t want it to be a collection of singles or songs. We just wanted to make sure if it felt like an album and it was worth. I think yeah.

ーー So do you have any interesting episodes or things that have given you inspiration during this record?

Louis: Ah not specific ones.

Asha: We just make around workmanship and our friends so.

Louis: When we were recording the album, we did an album because we thought there was no this amount of time. It wasn’t like, we didn’t like record an album in three weeks, it took quite a while so. But loads of things happened over the periods of time.

ーー I see. So how long did it take you to make your record in total?

ーー Maybe you two already had some sort of archive to make your record? 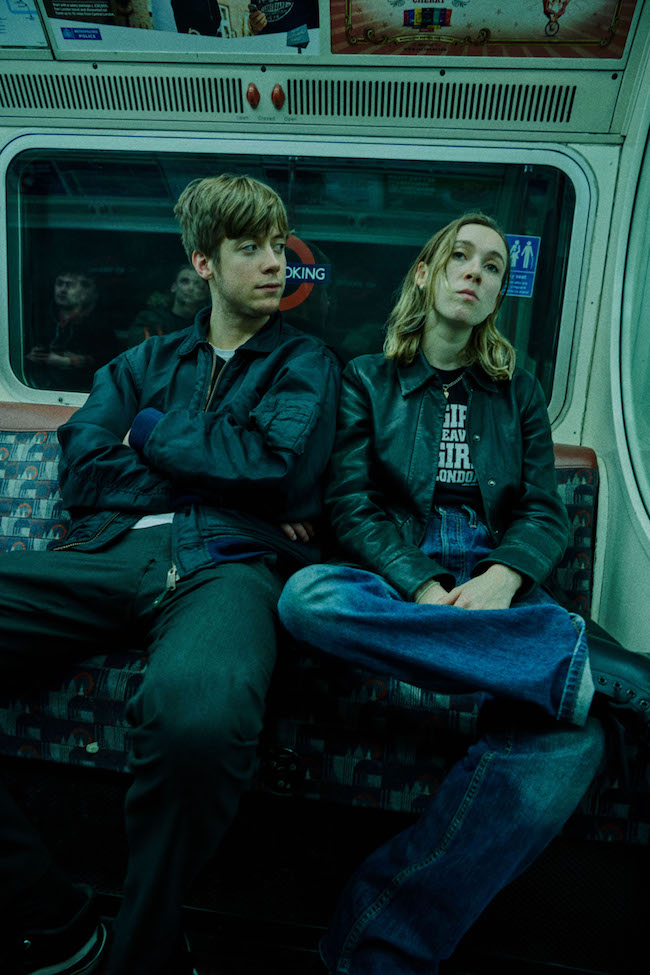 ーー I don’t want you to be heard weird by asking this but did you feel any pressure to make your record? Your debut album?

ーー Your songs are very genre crossing and we may be able to sight it post-genre but.

Asha: Umm. We are influenced by so many different people. We don’t want to pinpoint on one. Loads of genres are amazing so. We don’t really want to pick or pinpoint it to one because we just get influenced those and sometimes it’s one song. By movies and books and everything really. 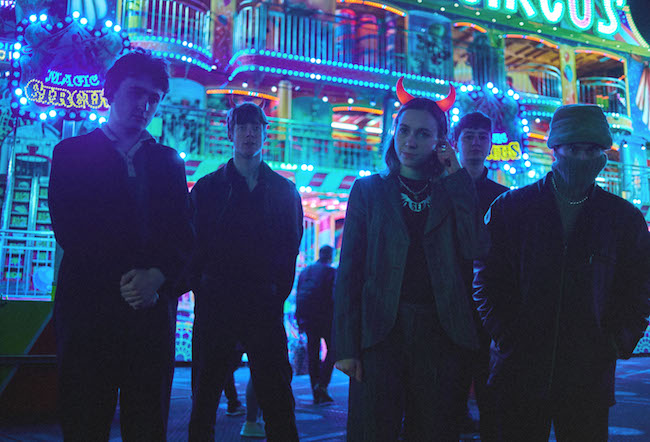 ーー So can you give me some examples? Movies or maybe visual things?

Asha: Umm I think I was listening to music like younger age do. I used to listen to Elliot Smith as well. “Nevermind” by Nirvana, Tyler the Creator.

Louis: When I was much younger, I used to listen to the Beatles album that had No.1 singles on it.

ーー I believe that your style or taste of music have changed gradually, but when have you found your current style?

Asha: I think when recording the album, we could kind of merge more rocky stuff with the demo stuff so we finally got good balance of good live mixed with how we wanted to record stuff.

ーー Maybe it was naturally becoming into your current style?

Asha: Yeah, it naturally did become like that. I think there is something always, the sound has been there for a while, but now it has gotten just material I don’t know. I think style will keep changing so.

ーー So maybe you two are from South London, mixing culture and diversity quality.

Louis: We are from North London. We did play a lot of gigs and stuff then so.

ーー I see. So I think your music is eclectic and has a cross over taste, so is that because you are from North London?

Louis: I don’t know, I guess London is big city constantly surrounded by people and stuff like that. I don’t think our music is particularly reflected of North London.

ーー I thought maybe because you have a mixing culture in North London, more than other cities.

Louis: Well, I mean definitely yeah. London has certain impact on our lives, but the music we listen to doesn’t come from London so much. Comes from all over the place. 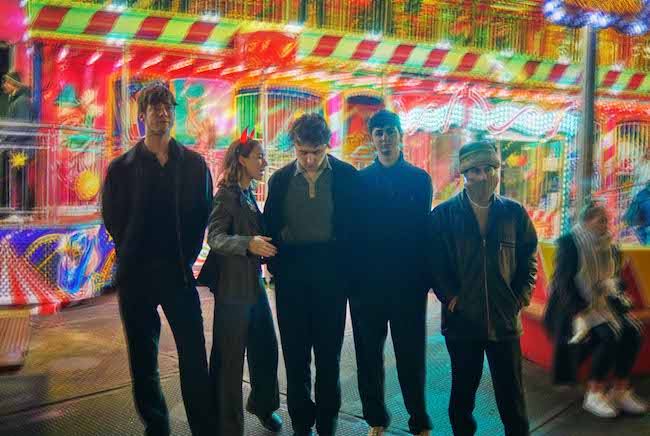 Asha: Yeah, I think soundcloud, lots of people put lots of genres and beats and stuff on soundcloud. By people there, it’s just anyone can put music up on it so maybe that was the influence, I don’t know.

ーー I see. I believe that you have been releasing your music on soundcloud. Do you refer to the comment from users or other musicians on that platform?

Asha: I used to read them.

Louis: I was reading most of the comments on soundcloud from Asha or Kevin so.

ーー Were they giving you influence?

Louis: No, not the comments. Although comments on Youtube are all quite weird so, soundcloud yeah, they are just like funny and some people say nice things and that’s encouraging but I don’t get influences on that. More influenced by people in real life, like someone comes up to you and gave you some comments, “Oh that song means lots to me” “That song is really touching and fun”.

ーーOk, yeah. So can I ask about your previous single “Showgirl”? It was known for the famous producer, Sean Oakley, but how did you know him? How did that happen?

Asha: Someone in charge kind of sent forward some names and people to work with and then we liked his componentry and then we just wanted to work with him and then we got along with him very well so we did some couple of songs with him, so that was nice.

Louis: We didn’t record the album so much.

Asha: We didn’t do an album with him.

Louis: In other words, we haven’t seen Oakley for a while.He was a nice guy, met lots of cool people and yeah. 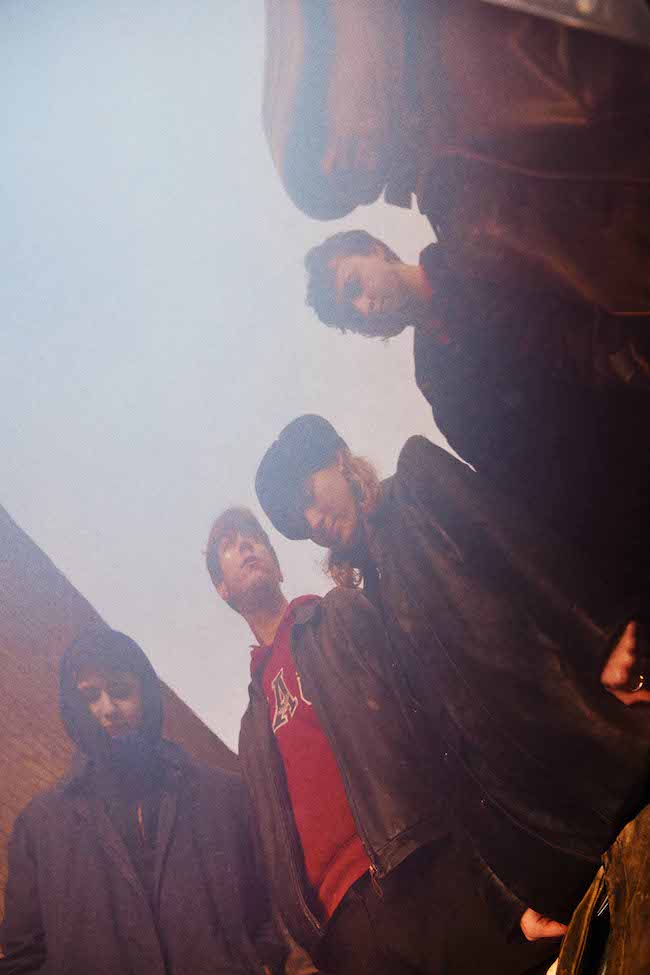 ーー How did you musically learn from that experience?

ーー I see, so did you do that in the recording? Did you involve?

Asha: Yeah, well we did the singles that were dominantly set, they were more studio recording. And the mixtape, we did it at home so, but we didn’t really like the studio recording that much because it’s quite hard to add new parts and change the construction so then we..so that’s why we wanted to wait.

ーー Let me ask you about your lyrics. I think your lyrics are mixture of reality and imagination and has a kind of humor and irony also and we cannot exactly understand the meanings of them, but sometimes the lyrics are strong and makes us realize something, so where do you get those ideas to write them?

Asha: Where do I get the ideas? Umm just reading a lot of books, talking to people, usually when someone says a phrase or something and just fix it in your mind and feel a song out of that and I feel like if you put phrases that people uses a lot, it kind of has an impact, I don’t really know. Kind of comes out from just the way speaking and stuff.

ーー You just come up with them naturally?

ーー I see, so can I ask where do you write the lyrics? At your home or outside?

Asha: Sometimes just thinking about them in bed or sometimes just write them with Zoey when we are doing the music, depends on what song it is.

ーー This record has a lot of new tracks that have already been released but which one is representing right now?

Asha: I’m not sure ones that are out already.

ーー I mean this album is a mixture of new tracks and tracks that have been already been released. So which song is representing your emotion right now.

Asha: Like what I’m feeling right now? I don’t know.

Louis: We are in the car so “Right Round The Clock”. That’s a bit about I think. And nostalgic.

ーー So, you know the situation in the world has been very dark. BREXIT has finally become true and the climate change has been very serious these days. But how do those situations give effect to your music?

Louis: Umm, I don’t know. We try to kind of avoid stuff like that. The atmosphere of the world is a bit darker so that influences you and I think that influences everyone. Umm we trying to just keep away from that stuff and provide an escape when people are listening. 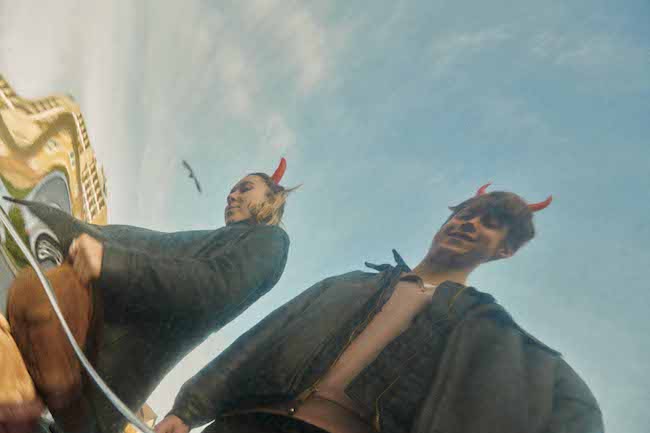 ーー I see. So do you have any songs or records by other musicians that you listen to during making this record?

Louis: I was listening to a lot of Ween and Arthur Russell.

ーーHave your band name Sorry have ever received misunderstanding or misconception by anyone? 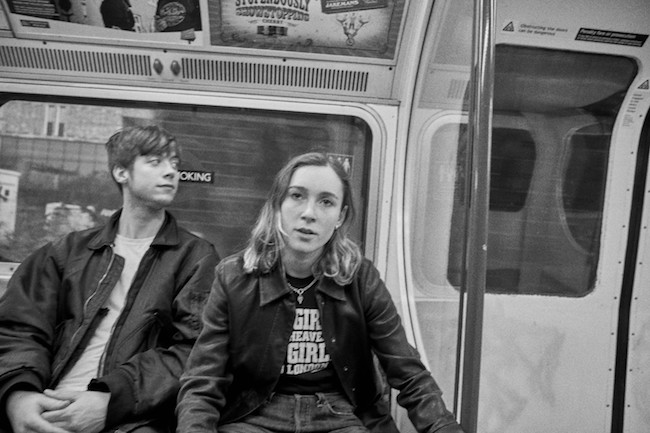